Gaon Chart has revealed its chart rankings for the week of July 15 to July 21!

New releases dominated this week’s physical album chart, with SEVENTEEN’s latest mini album “You Make My Day” debuting at No. 1. The Kihno version of the mini album also charted separately at No. 4.

GFRIEND’s “Sunny Summer” and MAMAMOO’s “Red Moon” debuted at No. 2 and No. 3 respectively, while TWICE’s “Summer Nights” continued its strong chart performance at No. 5 for the week. 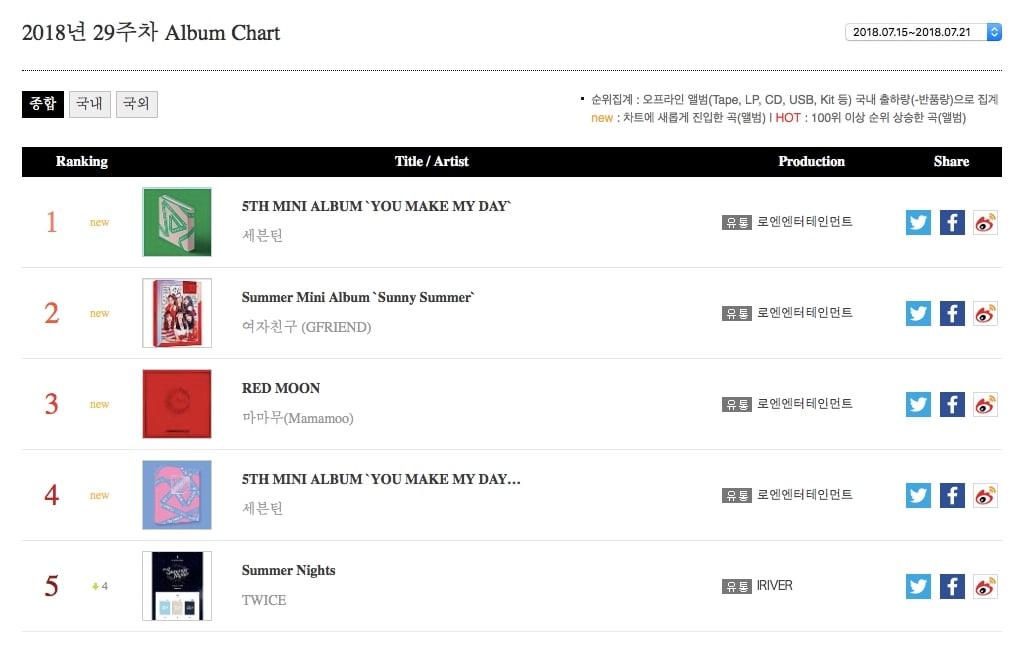 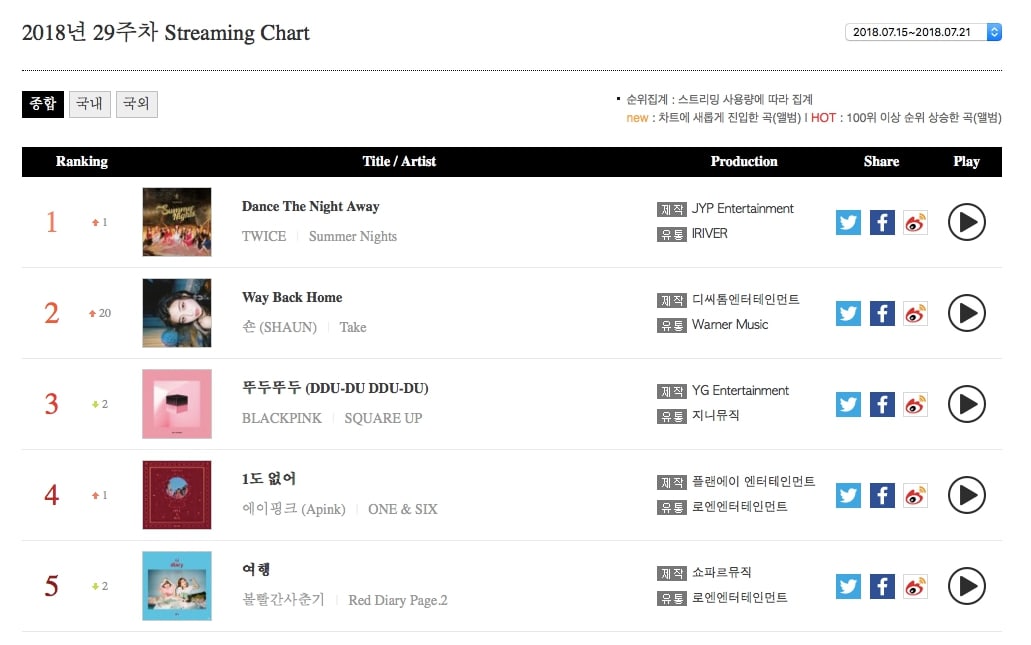 TWICE also topped this week’s social chart with “Dance the Night Away,” with MAMAMOO’s new title track “Egotistic” debuting at No. 2. BTS’s “Fake Love” rose to No. 3 on the chart this week, with MOMOLAND’s “BAAM” and SEVENTEEN’s “Oh My!” trailing at No. 4 and No. 5 respectively. 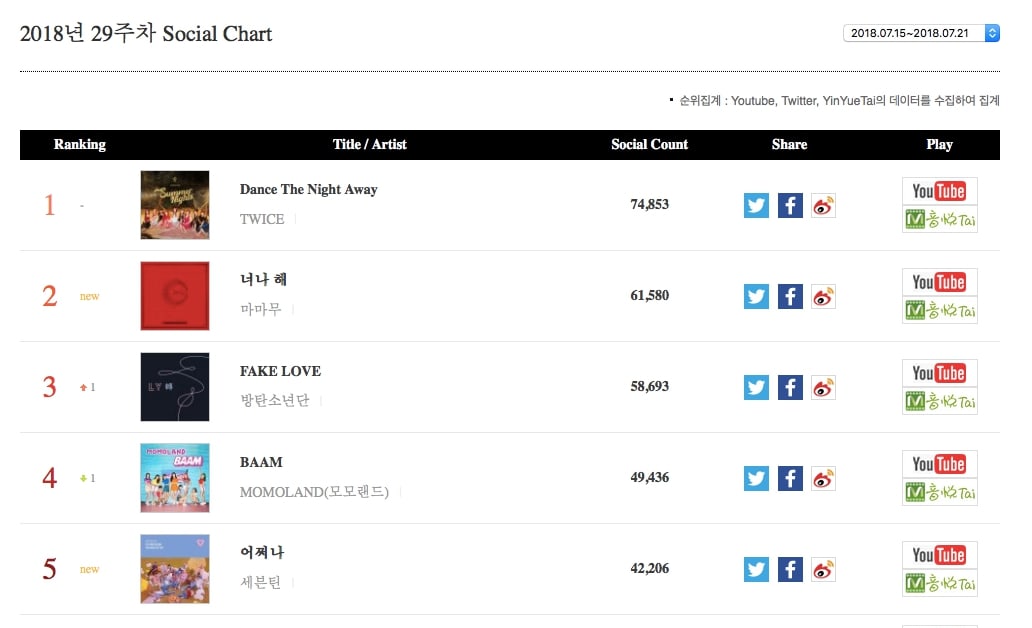 MAMAMOO’s “Egotistic” took No. 1 on the download chart, followed by Shaun’s “Way Back Home” at No. 2 and TWICE’s “Dance the Night Away” at No. 3. Chungha’s “Love U” debuted at No. 4 this week, with SEVENTEEN’s “Oh My!” rounding out the top five. 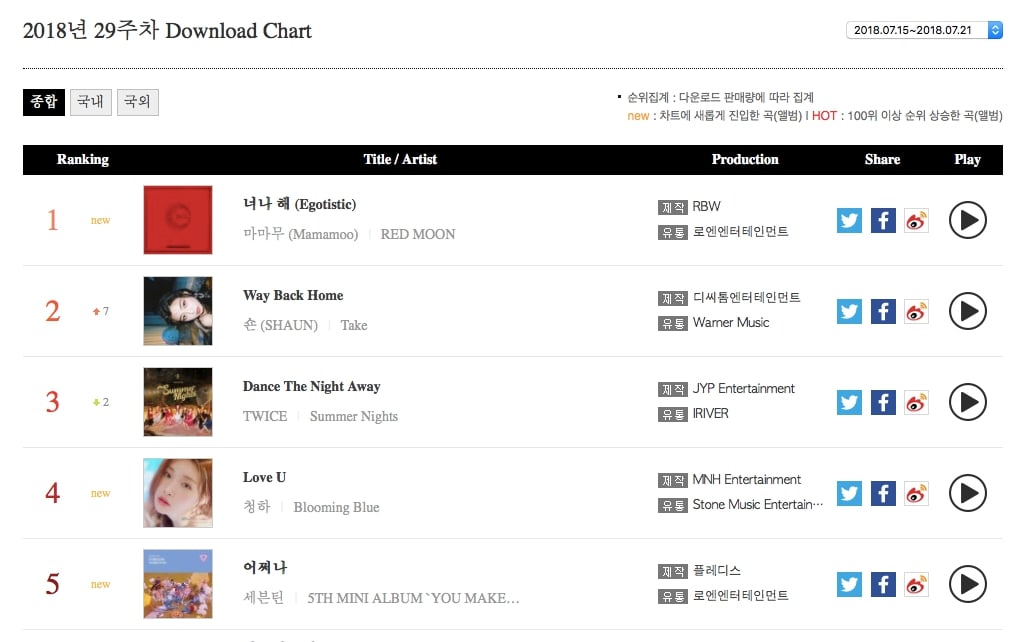 Shaun’s “Way Back Home” rose to the top of the overall digital chart this week, while TWICE’s “Dance the Night Away” and BLACKPINK’s “DDU-DU DDU-DU” continued to stay strong at No. 2 and No. 3 respectively. MAMAMOO’s “Egotistic” debuted at No. 4 on the chart, with Apink’s “I’m So Sick” charting at No. 5 for the week. 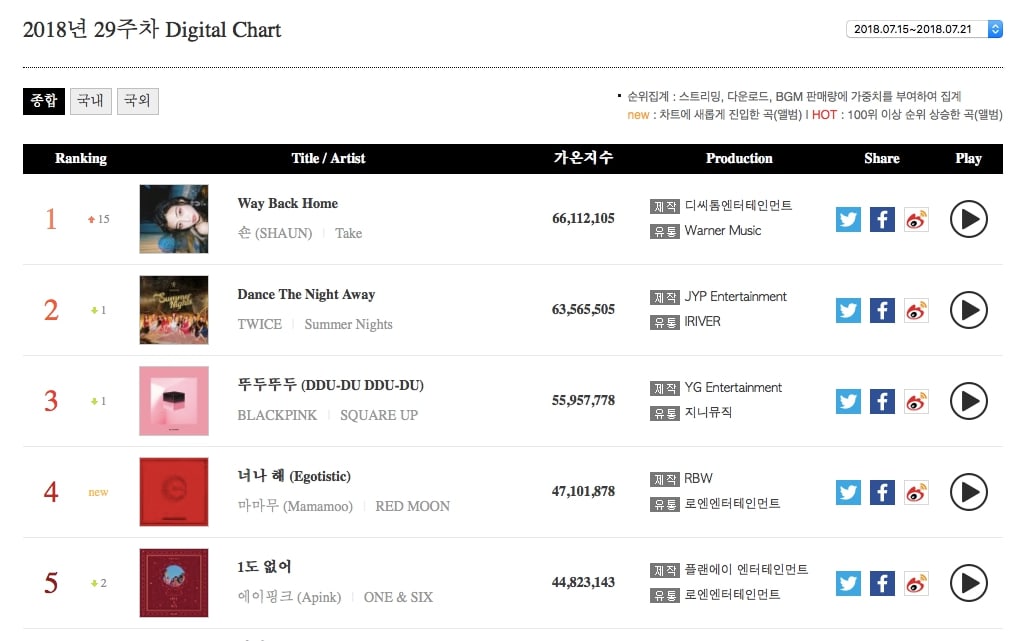