SBS’s “30 But 17” shared behind-the-scenes photos of Yang Se Jong trying to cool down from the heat in his scraggly hair and hairy beard.

In the drama, Yang Se Jong plays Gong Woo Jin, who distanced himself from the world because he thinks his first love Woo Seo Ri (Shin Hye Sun) died because of his mistake. He shocked the viewers with his dramatic transformation as a hairy, unkempt man who looks like a homeless man living on the streets.

The revealed stills show Yang Se Jong in his untidy hair and unruly beard in the middle of the heated summer. Despite the heat though, he smiles brightly and makes everyone around him smile as well. He attempts to cool down by putting a bag of ice on top of his head and fanning himself with a small, automatic fan. Even in the heat, he passionately studies his script. 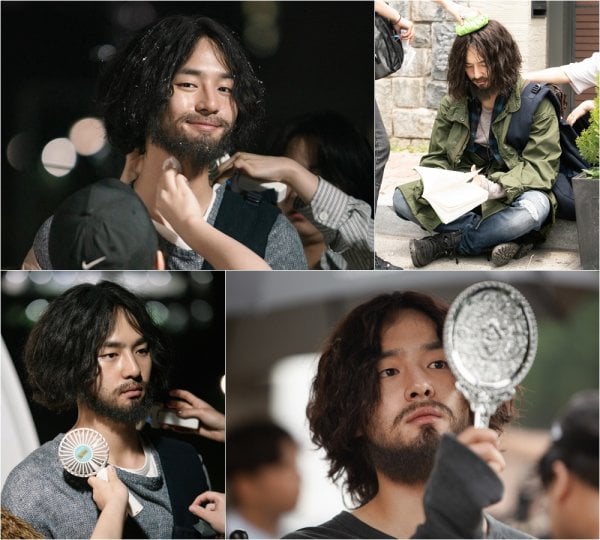 The production crew stated, “Despite the heat, Yang Se Jong made the filming set laugh by actually having fun with the makeover. We were able to continue filming in an enjoyable manner because of his bright and positive attitude. In the prolonged heat wave, all actors and staff members are working hard to bring a cool smile to the viewers. Please love ’30 But 17′ a lot.”

“30 But 17” started off with great ratings and continued to reign its time slot with its second episode. The drama airs every Monday and Tuesday at 10 p.m. KST.

Yang Se Jong
30 but 17
How does this article make you feel?