Wanna One’s Ha Sung Woon and Ong Seong Woo talked about how their experience in Sabah for “Law of the Jungle” was totally different than their expectations!

In a clip shared on July 27 before their season’s premiere, the pair were asked what they’d expected the jungle to be like before they went on their trip. Ha Sung Woon said, “I thought it would be a deserted island but would feel like Hawaii,” he said. “I thought there would be a lot of things to eat and a lot of animals. It seemed like it would be a jungle with a happy feeling.” Ong Seong Woo added that he’d personally expected there to be delicious food like coconut crab.

The guys then shared how things had been different than they had thought.

“It was so much harder to find food than I’d expected,” said Ha Sung Woon, and explained that he worried about how to survive and make it off the island. “I thought, ‘I might die.'”

“It was really shocking,” said Ong Seong Woo. “Every time I did something I’d think, ‘What is this? What am I doing? Where am I? Why did I come here?'” Ha Sung Woon laughed and Ong Seong Woo said, “While we were there, whenever we saw each other, we’d just laugh.” 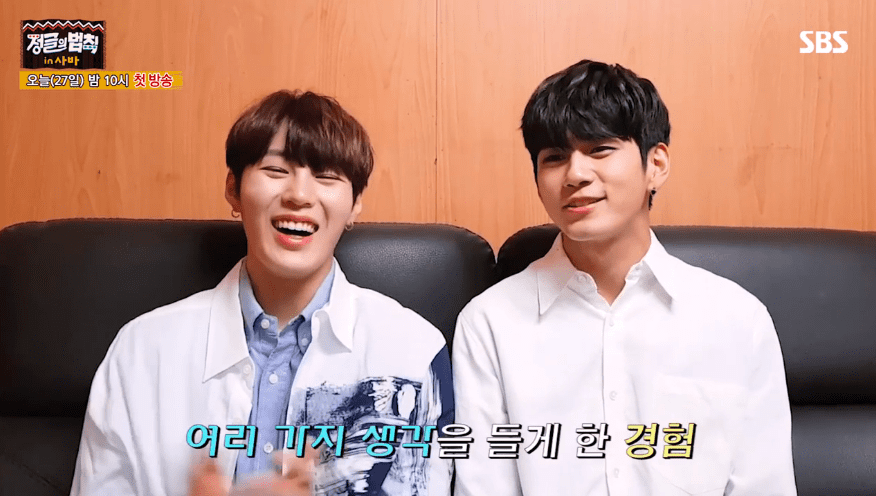 However, the pair said that now that they’re back, the trip was a great memory for them.

When asked what the best moment was, Ha Sung Woon said it was when he went fishing with Ong Seong Woo. “It was really fun,” he said. “It was hard, but I had fun laughing with Seong Woo.” Ong Seong Woo also named the time that they went hunting for squid as a memorable moment.

On the hardest parts of the trip, Ha Sung Woon said the ground was very hard when he was trying to sleep and there were a lot of bugs. “I slept better than I thought,” he said. He added that a difficult part was trying to find food when he was hungry and had no energy.

“He really seemed to be made for the jungle,” said Ong Seong Woo, making Ha Sung Woon laugh. “I thought ‘He could go a few more times.'”

Ha Sung Woon said that when they asked how tough their experience was compared to other jungle trips, they were told that it was quite difficult, since it was so humid and there wasn’t much to eat. 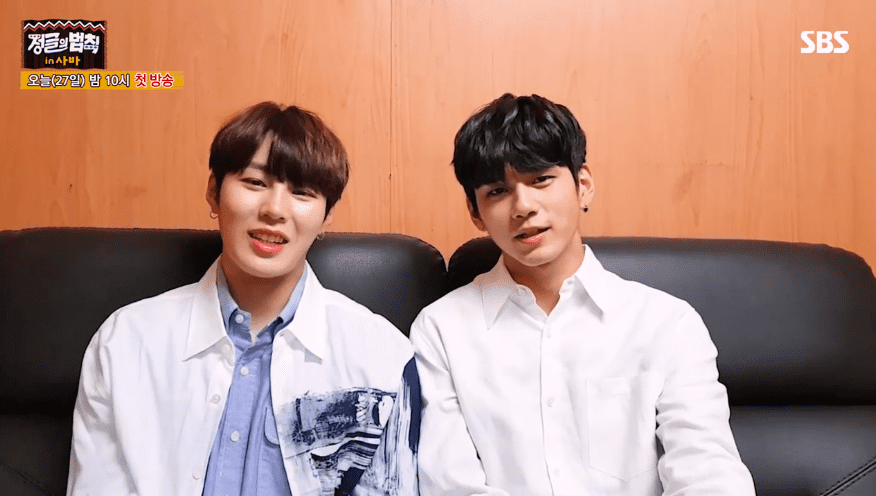 The pair was also asked which Wanna One member they would want to recommend for the jungle. Ha Sung Woon answered Yoon Ji Sung, explaining that he could learn the lesson that they learned, which was to appreciate the small things and even food that doesn’t taste good.

Ong Seong Woo picked Park Woo Jin, who told them himself that he could do a good job in the jungle. “He was so confident,” said Ong Seong Woo. “The jungle is an unpredictable place, so I’m looking forward to that.” He added that Park Woo Jin is very active and strong, and seems like he’d do a lot in the jungle.