The July 27 episode of SBS’s “Law of the Jungle” took the no. 1 spot in viewer ratings.

According to Nielsen Korea, the episode achieved an average of 11.7 percent and peaked at 13 percent. The viewer ratings rose 0.4 percent and 0.2 percent since last week.

Their mission this time was to make a boat and go out to the sea. At the challenging task, the members asked how they were supposed to make a boat for nine people. However, Kim Byung Man, who was already thinking of a construction plan, started building it right away.

The temperature was over 40 degrees Celcius (104 degrees Fahrenheit), and most of the cast and crew decided to take a break due to exhaustion. However, Kim Byung Man, who was in a rush, kept working without taking a break. Although the other members complained, they continued to work on the boat, and their hard-working scene earned the highest real-time ratings.

Ong Seong Woo and Ha Sung Woo, who came to the jungle for the first time, explored the area to find food with Park Jung Chul. The two idols continued to ask questions out of curiosity while the more experienced jungle traveler showed unexpected clumsiness.

At long last, the three of them found something that looked similar to a lemon and decided to taste it. While Ong Seong Woo and Park Jung Chul spit out the extremely sour fruit right away, Ha Sung Woon continued to eat it as if nothing was wrong, saying, “This is good enough.”

Next week, actor Sung Hoon will join the cast, and their second adventure in Sabah, Malaysia will air August 3 at 10 p.m. KST. 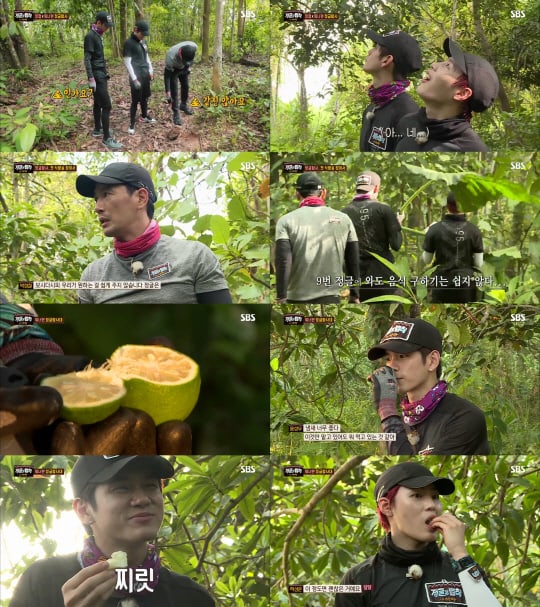