Watch: Red Velvet’s Seulgi And Wendy Learn How To Waltz In Austria On “Battle Trip”

Red Velvet’s Seulgi and Wendy went on a memorable trip to Austria!

On July 28, Seulgi and Wendy appeared on the two-part 100th episode special of KBS 2TV’s “Battle Trip,” which featured the idols traveling to Austria. They revealed, “It’s the first time that just the two of us are going on a trip.” When discussing which cities they most wanted to visit, Wendy chose Vienna, while Seulgi chose Krems and Salzburg.

Once in Vienna, the two girl group members visited the Belvedere Palace Museum and saw famous paintings by Gustav Klimt and Egon Schiele. At the museum, Seulgi and Wendy were recognized by another visitor, who told them, “I saw videos of you [online], and I saw a video of your performance in North Korea.”

On the second day of their trip, the idols had brunch and dressed up in beautiful dresses to learn how to waltz from an expert. Seulgi and Wendy were surprised at the difficulty of the waltz steps, which felt completely different from dancing to their choreography. 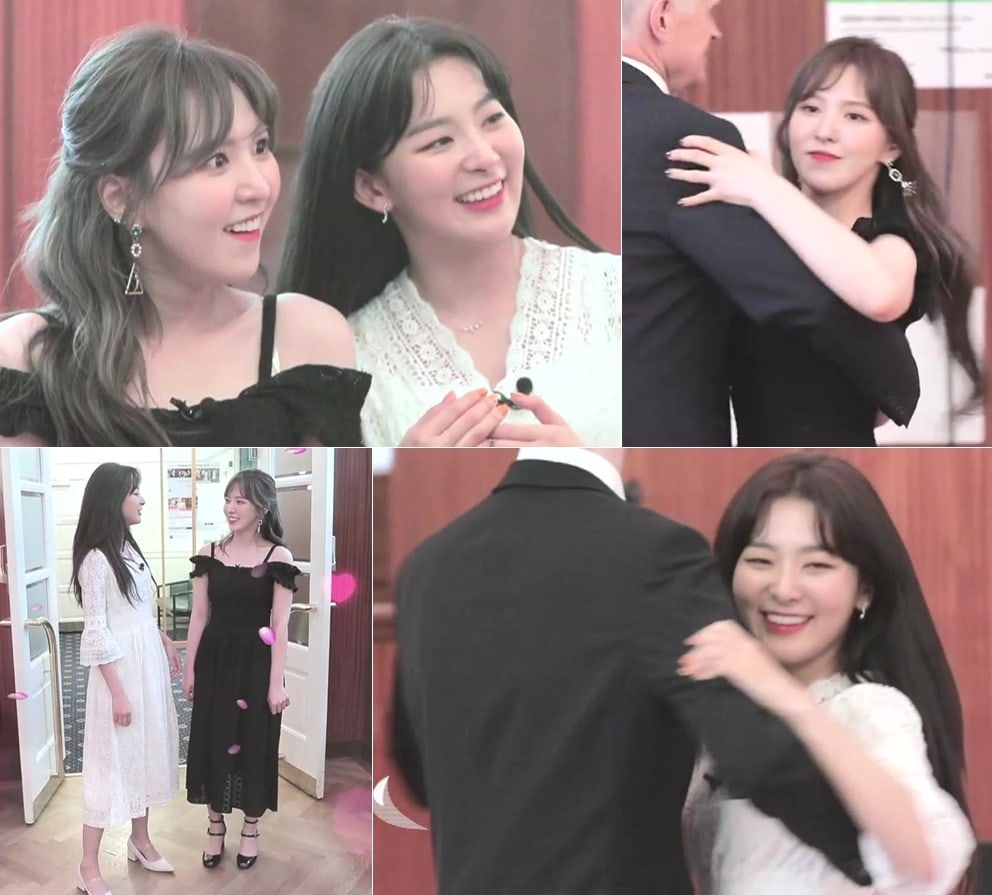 After being twirled around by her partner, Seulgi commented, “It felt like I was on a ride at an amusement park.” However, the Red Velvet members soon got the hang of it, and their instructor later praised them as “the best students that we’ve had here.” After both receiving a perfect score of 10 from the instructor, Seulgi and Wendy hugged their partners and thanked them for the lesson.

“Battle Trip” airs on Saturdays at 9:15 p.m. KST. Check out the clip of Seulgi and Wendy learning how to waltz below!

Red Velvet
Seulgi
Wendy
Battle Trip
How does this article make you feel?