On July 29, “The Return of Superman” featured a behind-the-scenes look at Kahi’s difficult second pregnancy and birth with her second child Si On.

Three weeks before the due date, Kahi had a meeting with her doctor, who told her that a natural birth may not be possible and that a Caesarean section might be required. Kahi said, “I was terrified and thought my heart would stop.”

Si On ended up coming two weeks before his due date, and after Kahi started hemorrhaging, she was taken for an emergency C-section. At the doors outside the operating room, father Yang Joon Moo said, “I felt so frustrated and worried. I could only hope for the best.”

He bolted to his feet as soon as he heard the cries of a baby and greeted his new son as he cut the umbilical cord. He also took his wife’s hand as soon as possible and told her, “You did well. You went through a lot.” Two hours later, Kahi and Yang Joon Moo were able to see their child’s eyes open in their arms. 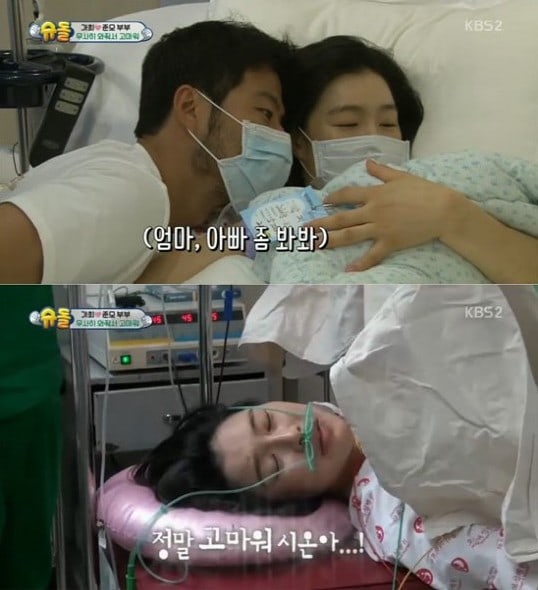 Their first son, Noah, met his new brother several weeks later, and was unable to take his eyes off him. Kahi cried at the sight and said, “When I saw Noah stare at his brother without blinking, I felt really moved. I felt like our family was now complete.”

Later, Kahi said, “I feel like I’m being protected by my three men. I look forward to the days ahead.” 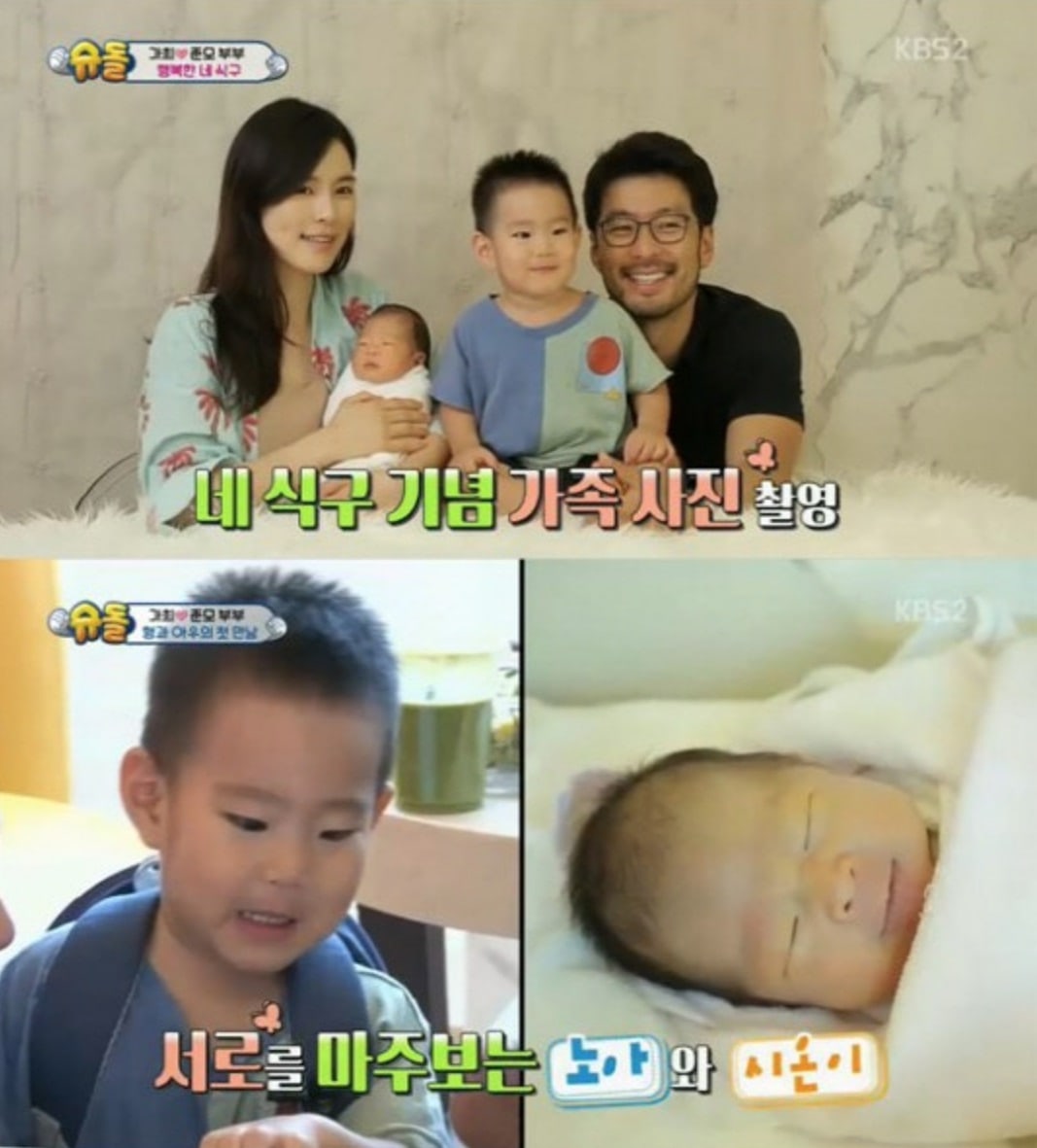 Check out the latest episode of “The Return of Superman” on Viki below:

The Return of Superman
Kahi
How does this article make you feel?