Lee Si Young Is The Ultimate Homebody In “Risky Romance”

“Risky Romance” will be about a hormone-crazed endocrinologist named Joo In Ah (played by Lee Si Young) who chooses neurosurgeon Han Seung Joo (played by Ji Hyun Woo) as the object of her study. This romantic comedy will be directed by Lee Chang Han of “I Need Romance” and writer Kim Nam Hee of “Cheese in the Trap.”

On July 29, the drama gave viewers a glance at Joo In Ah relaxing on her couch at home.

Last week, Joo In Ah introduced herself to viewers by appearing as the lovely endocrinologist who is focused on hormones. She tried to pinpoint the reason for everyone’s actions to their hormones, and showed the silly charms of her character. She even shed tears while listening to the story of her patients and earned herself the nickname “human Oxytocin.”

In the stills, Joo In Ah enjoys her day off. Dressed in a loose-fitting t-shirt and pink pajama pants, she looks comfortable at home. She reads a comic book while lying down with a cushion between her legs and also stares off into space. It looks like she’s also enjoyed snacks, cup ramen, and drinks which are laid out in front of her.

In the final still, Joo In Ah’s appearance is in stark contrast to the dressed-up Joo Se Ra (played by Yoon Joo Hee) who visits her home. She looks surprised at something Joo Se Ra says, making viewers wonder what will happen in the upcoming episode. 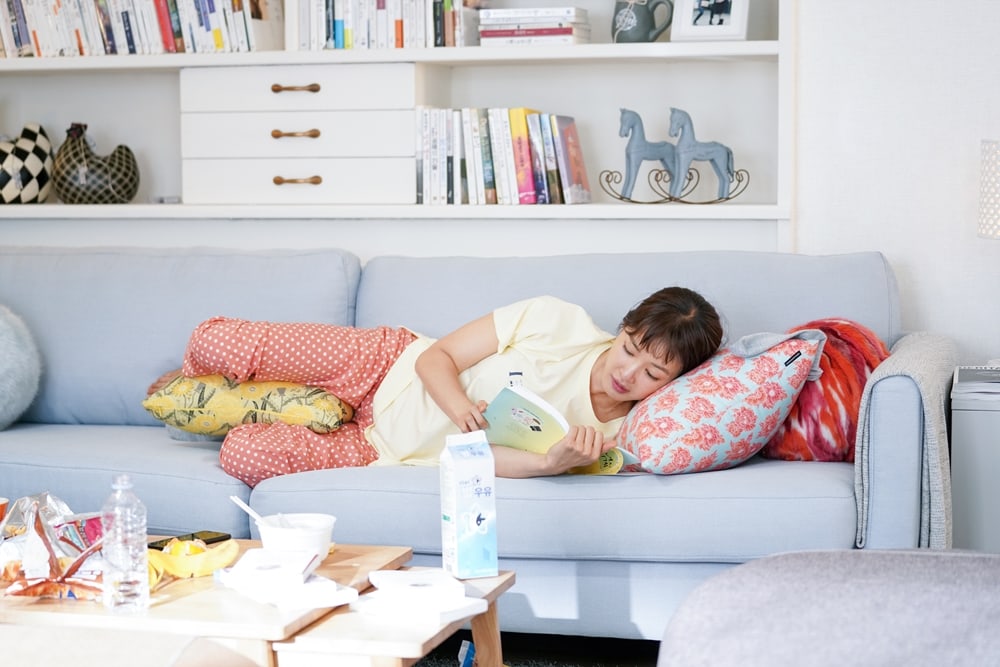 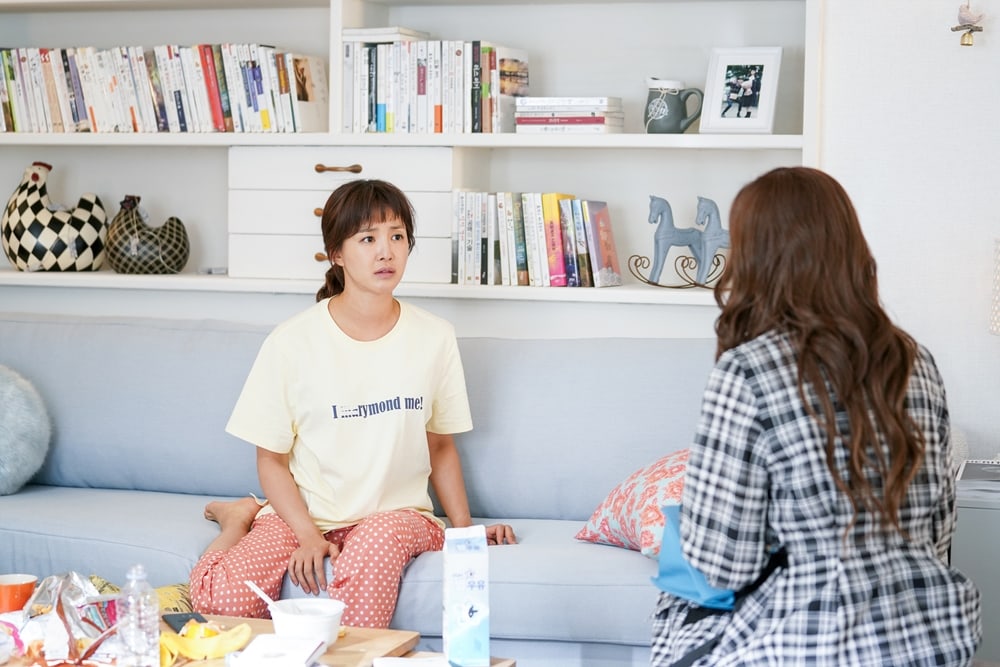 A source from the drama said, “You’ll be able to see the various charms of In Ah that match the time and place of where she is. We plan to show you a different side of In Ah, a doctor who is full of love and devotion for her patients, relaxing at home on her day off. Please look forward to it.”

“Risky Romance” airs on Mondays and Tuesdays at 10 pm. KST. In the meantime, check out the trailer with English subtitles below!

Lee Si Young
Risky Romance
How does this article make you feel?