On July 28, the actor held his first-ever domestic fan meeting in Seoul at the Kyunghee University Hall of Peace. The fan meeting was the final stop of his “Smile” fan meeting tour, which began in Taipei earlier this spring and took the actor to Bangkok, Hong Kong, Manila, and Ho Chi Minh City.

Approximately 3,000 fans attended the event in Seoul, during which Jung Hae In serenaded the audience with a number of ballads. The actor kicked off the fan meeting with a rendition of Davichi’s “Today I Miss You” from the soundtrack of his drama “While You Were Sleeping,” and he later went on to sing “Stand by Me” from “Pretty Noona Who Buys Me Food.” 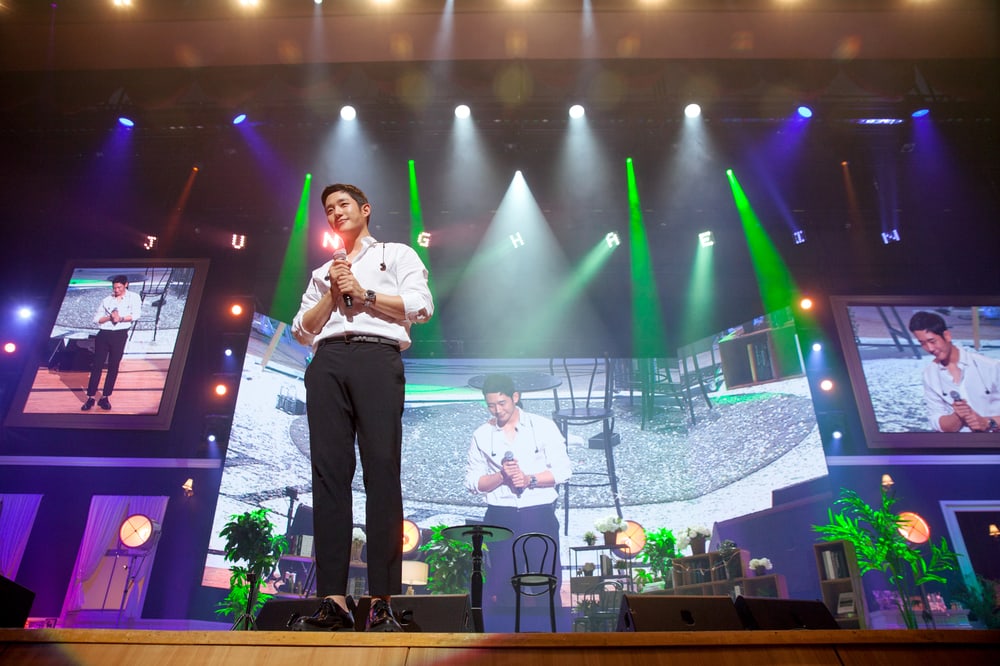 At the end of the meeting, Jung Hae In read a letter that he had personally written by hand. “Thank you for unconditionally loving and supporting me, who is lacking in so many ways,” said the actor. “Everyone who is here today with me in this moment, at this time, is truly precious and special to me.”

He continued, “I will work hard and find strength so that I can show better acting and even better sides of myself for the fans who have given up their valuable time to come here today. I sincerely love and respect all of you.”

Even though there were several thousand fans in attendance, Jung Hae In wrapped up the meeting with a special event in which he high-fived each and every one of the audience members who had come to see him. 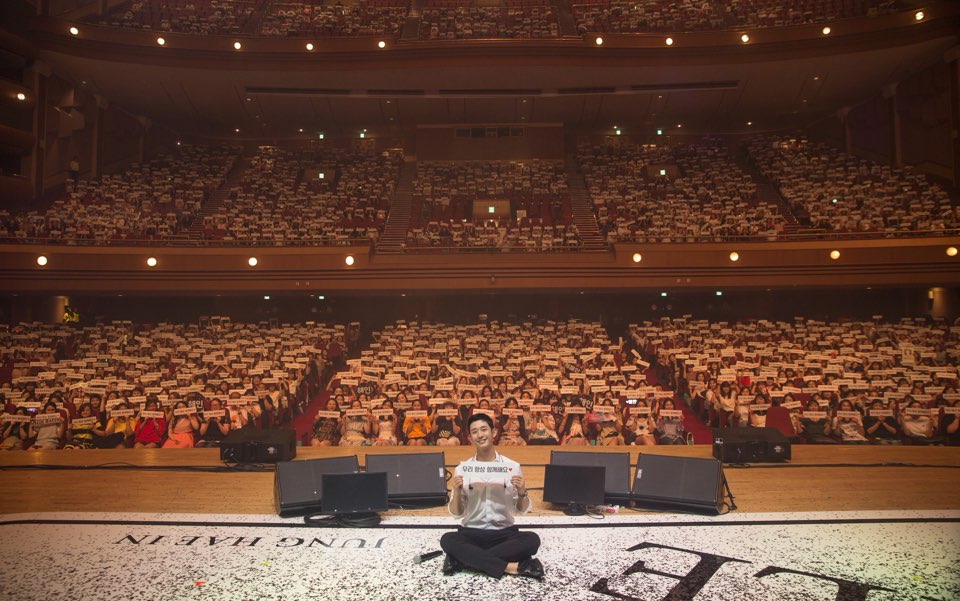 Jung Hae In, who skyrocketed to fame after his starring turn in the JTBC drama “Pretty Noona Who Buys Me Food,” recently renewed his contract with FNC Entertainment.