Ahn Hyeong Seop, Apink’s Namjoo, and Yoo Seon Ho will be reuniting as the leads for the new season of “Rebel Detectives.”

“Rebel Detectives 2” held their script reading on July 26. For over six hours, Namjoo, Ahn Hyeong Seop, and Yoo Seon Ho focused as they immersed into their roles and showed how much they have grown as actors since the first season. Other cast members such as former “Produce 101 Season 2” contestants Jang Moon Bok, Kim Tae Min, and Yoon Yong Bin, as well as former Teen Top member Byung Hun, were also present. 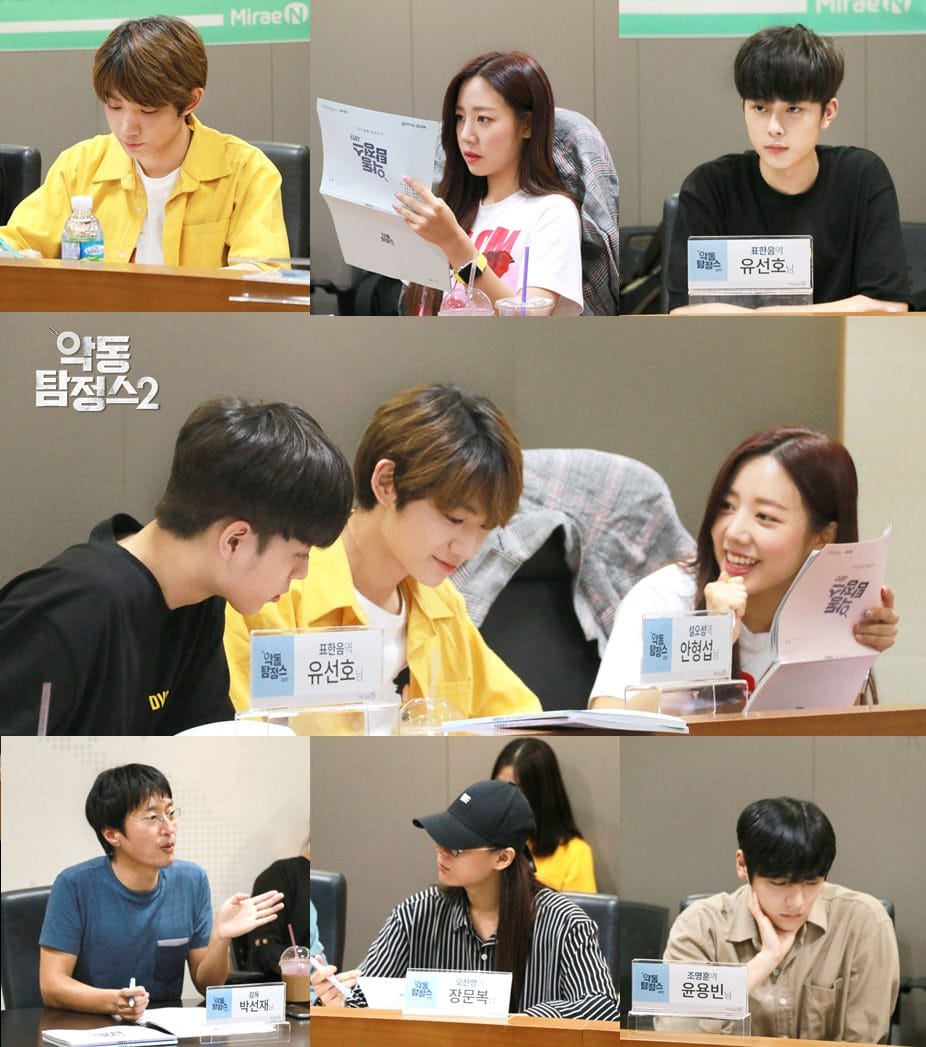 The second season will also follow a three-story format and will show another level of depth to the investigative plot from the previous season. The first will be a “traditional investigative story” where the leads try to find the culprit behind malicious comments that led to the suicide of one of their friends. The second “time-slip story” follows the team as they attempt to solve a riddle involving tragedy novelist Woon Young Jeon from the Joseon dynasty. The third and final part will be about the economics club’s “fraud case story.”

The first season previously achieved over 11 million views and was popular not only among Korean audiences, but also in the Americas, Japan, and more.

“Rebel Detectives 2” is produced by Convergence TV and will air for a total of 120 minutes. It will air its first episode in September.

If you haven’t already, check out the first episode of the first season below!