“Time” is about Cheon Soo Ho (played by Kim Jung Hyun), the director and heir to W Group, who finds out that he doesn’t have much time left to live. He uses the rest of his days to help Seol Ji Hyun (played by Girls’ Generation’s Seohyun), whose life was ruined because of him.

Previously, Cheon Soo Ho’s deep-seated wound on being labeled as the “mistress’s son” was revealed. He got into an intense argument with his half-brother Cheon Soo Chul (played by Seo Hyun Woo), an irritable man who picks fights easily. His half-brother took the resentment between them even further by holding a press conference to reveal Cheon Soo Ho’s secret, who was implicated in a murder. 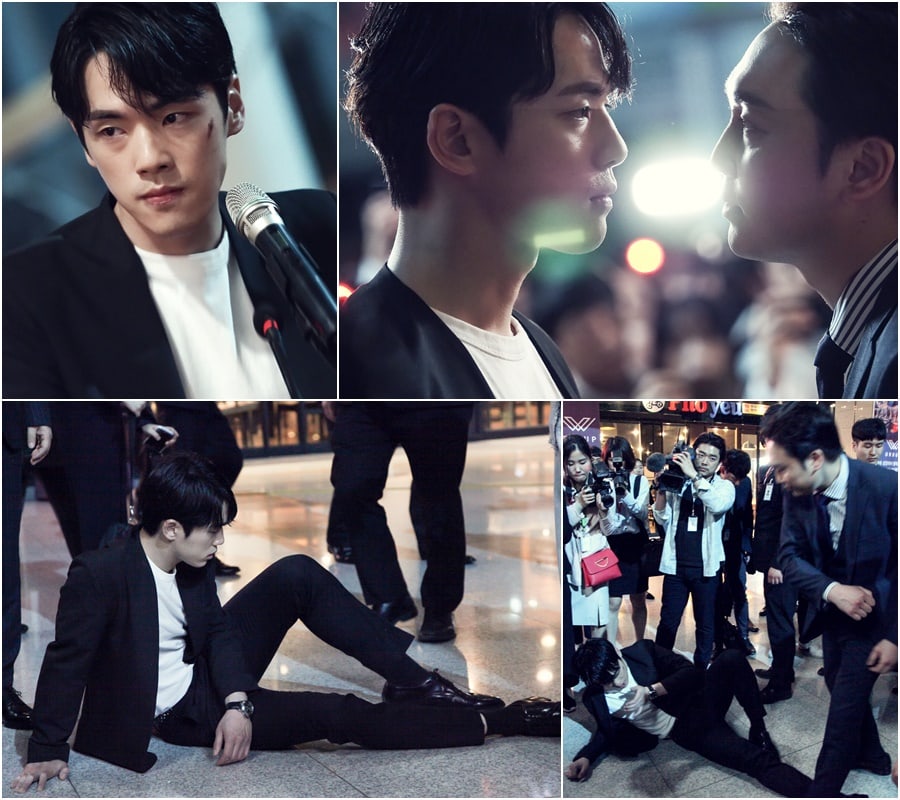 It was reported that the two actors were full of menace for filming, and showed great chemistry with Seo Hyun Woo throwing a strong punch as Kim Jung Hyun perfectly responded by tumbling over. Afterwards, they showed real-life friendship as Seo Hyun Woo helped Kim Jung Hyun up and checked to make sure he was okay.

A source from the drama stated, “Though Kim Jung Hyun and Seo Hyun Woo are actors who respect each other in real life, when they stand in front of the camera they perfectly portray half-brothers who have a strong sense of hostility for one another. Please look forward to their story and how it unfolds.”