Yoon Shi Yoon and Lee Yoo Young recently revealed what they thought about each other in an interview.

After premiering on July 25, SBS’s “Your Honor” received hot responses for interestingly untangling the the various relationships starting from the first episode. The drama follows the story of an unconventional judge and his growth as he lays down the law in surprising ways.

The relationship between Yoon Shi Yoon, who plays Han Kang Ho and Han Soo Ho, and Lee Yoo Young, who plays Song So Eun, in particular has been a point of interest for viewers. The two hold their first meeting at an interrogation room and their second in court. Their first two meetings could not be any more different as the they first meet as a five-time-convicted criminal and a prosecution probationer, and meet again as an unconventional judge and judicial student.

In the interview, Yoon Shi Yoon and Lee Yoo Young were asked about how they saw the other person, as well as how they felt about acting with each other.

Yoon Shi Yoon replied saying, “Lee Yoo Young, who is quiet and cute, always makes those watching her smile. There’s a scene where she’s eating hot rice soup and then suddenly becomes flustered, but I was surprised at how she was able to act so lovably without overdoing it. She’s an actor that knows how to act minimally without exaggerating too much, but is also overflowing with vitality. I’m learning a lot from Lee Yoo Young.” 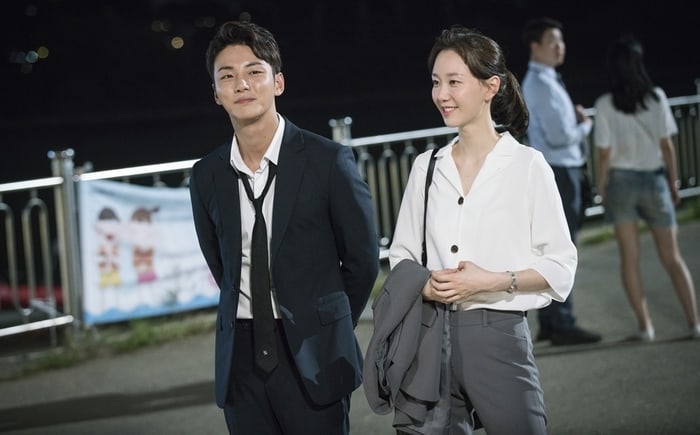 Lee Yoo Young in turn answered that Yoon Shi Yoon was a steel-like person. She replied, “I’ve never seen Yoon Shi Yoon become tired. Not only that, when filming begins, Yoon Shi Yoon falls into his role in an instant and transforms into a totally different person. The fact that he is able to take on the two-in-one role and concentrate with every inch of his body is particularly amazing.”

Yoon Shi Yoon and Lee Yoo Young maintain a positive and thankful mind for each other as they film for the show. A staff from “Your Honor” revealed, “Yoon Shi Yoon and Lee Yoo Young display an amazing synergy when they act. When the two actors have some free time, they’ll have discussions about the characters, the scenes, and more. We think that their determination is flowing onto the drama, so we’re thankful. In addition, the atmosphere of the set is also lively due to these energetic and bright actors.”

“Your Honor” airs every Wednesday and Thursday at 10 p.m. KST. Check out the latest episode of the drama below!