SEVENTEEN Talks About The Little Gift They Prepared For Their Fans, Selfies, And More 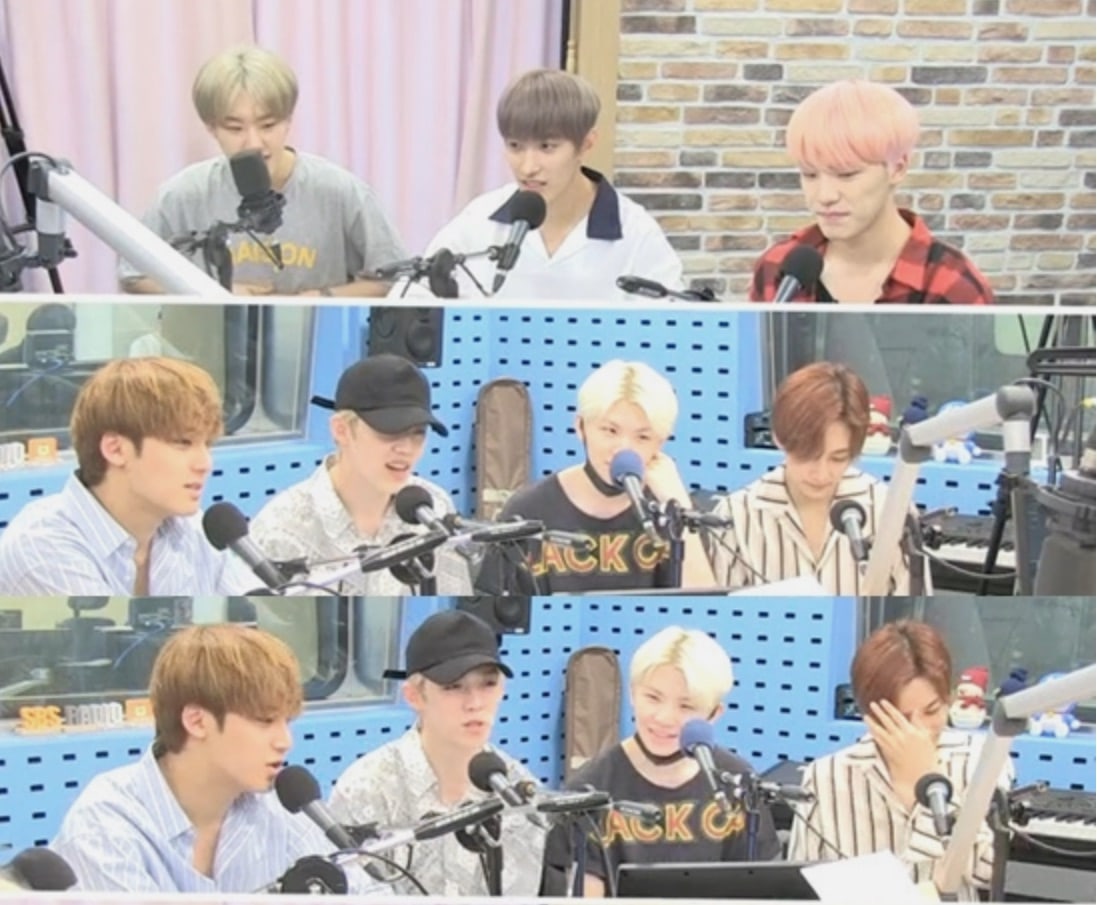 Only 7 of the 13 members appeared on the show and Mingyu joked, “Only the most ‘summer-worthy’ members came out today. The ones with a refreshing image.”

The members also shared that their large group can cause organizational headaches for their staff. “There’s 13 of us, so we have to split up between two hair salons. At the beginning of our debut, it was difficult to do things like order food, but now it seems weird if even one member goes missing. When we greet others as a group, it’s more dependable with all of us there.”

The group then picked S.Coups as the member best at taking selfies, while Woozi was the worst. “Rather than being worst, he just doesn’t take them,” they explained, and Woozi said, “I’m too shy.”

SEVENTEEN recently joined veteran singer Cho Yong Pil at his concert, an opportunity that was created through “Immortal Songs.” “We went on that show and won with our performance of his song ‘Short Hair.’ He told us afterward that he wanted us to appear at his concert.”

They continued, “When we went to rehearsal, Cho Yong Pil came over to us himself and expressed his thanks to us directly. It was an honor. It was an honor just to sing his songs on ‘Immortal Songs,’ and we were so happy to be invited to his concert.”

SEVENTEEN was also asked about their special gift to their fans at “Inkigayo” recently, which has been garnering attention on social media. A fan called into the radio station to ask whose idea it was to give out the gifts and Woozi said, “The sandwiches that are sold at the store at SBS’s ‘Inkigayo’ are known to be really good. They’re not very fancy, but they’re really good. Everyone who goes to ‘Inkigayo’ knows about them.”

The members continued, “The fans like them, and other singers like them. So we thought, ‘What if we gave them as a gift to the fans?” They then revealed that Seungkwan had been the one to first come up with the idea.

They added, “The recipe contains potato and mayonnaise salad with strawberry jam. The jam is the key point. I think it’s the special recipe of the woman who runs the store.”

SEVENTEEN is currently promoting their latest comeback “Oh My!”