During the episode, the MCs asked the guests about their relationships. When the MCs said it seemed like Yang Jiwon might have someone she’s interested in after she hesitated and didn’t give a clear answer about her dating life, Yang Jiwon said that she does have a boyfriend.

“I’ve been an idol for a long time so I’ve never announced that I’m dating before,” she said. “I don’t want to hurt the other person by saying I don’t have [a boyfriend] when I do.” 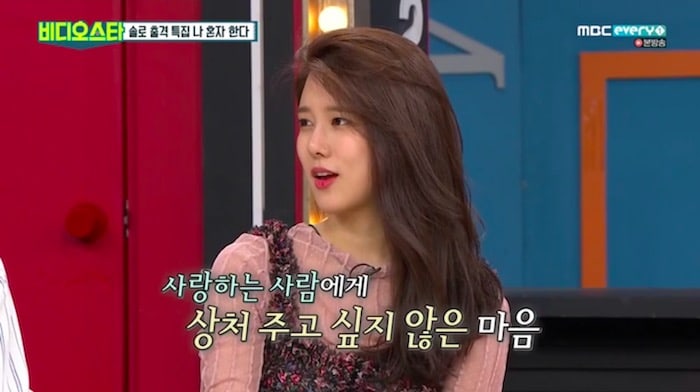 The hosts then asked her to send a video message to her boyfriend.

“I think you’re going to be so surprised when you see this, but I couldn’t say I don’t [have a boyfriend],” Yang Jiwon said. “I’m grateful for so many things and you’re so considerate, and I didn’t want to hide it. See you later!”

Earlier this month when this episode was filmed, it was reported that Yang Jiwon had spoken about her relationship during the recording, however sources from the show stated that they could not confirm what had been said.

Yang Jiwon made her debut with SPICA in 2012, and is currently promoting with UNI.T after winning a spot in the final nine-member girl group formed by KBS 2TV’s “The Unit.”

Yang Jiwon
Video Star
UNI.T
How does this article make you feel?