BTS has shared a look at their adventures in the United States for the 2018 Billboard Music Awards!

BTS won the Top Social Artist award for the second year in a row at the 2018 Billboard Music Awards in May, as well as performed their track “Fake Love” for the first time, becoming the first Asian artist to premiere a new song at the ceremony.

On July 31, BTS released a video that follows the group throughout their jam-packed days during the trip of rehearsing, filming, performing, and more — not only for the award ceremony but also appearances on shows including “The Late Late Show with James Corden” and “The Ellen DeGeneres Show.”

While backstage at the Billboard Music Awards, the guys met up with artists including DJ Khaled, Taylor Swift, John Legend, Khalid, Pharrell Williams, and more.

In the video, Taylor Swift came to visit BTS before the show and congratulated them, and raved about something she’d watched. “It was completely different than anything else, I love it,” she said, and RM replied, “Thank you so much, it means a lot.”

After they took a photo, Taylor Swift said to them, “Good luck tonight, I’ll be cheering you on!” 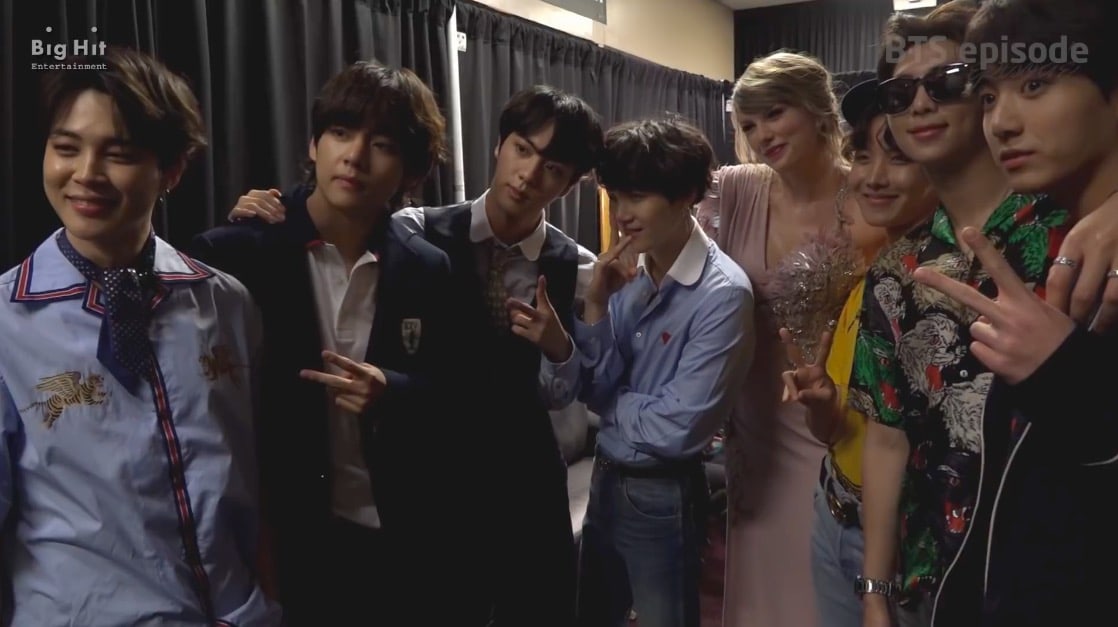 BTS also met with John Legend, who is one of V’s favorite singers. Before they met, V was singing along to a song by John Legend backstage, and he looked over the moon when he met him and got to give him a hug.

“We’re all fanboys of you, sir!” said RM, and V got to tell him personally that he’s a big fan. “Thank you, it’s nice to meet you!” replied John Legend. 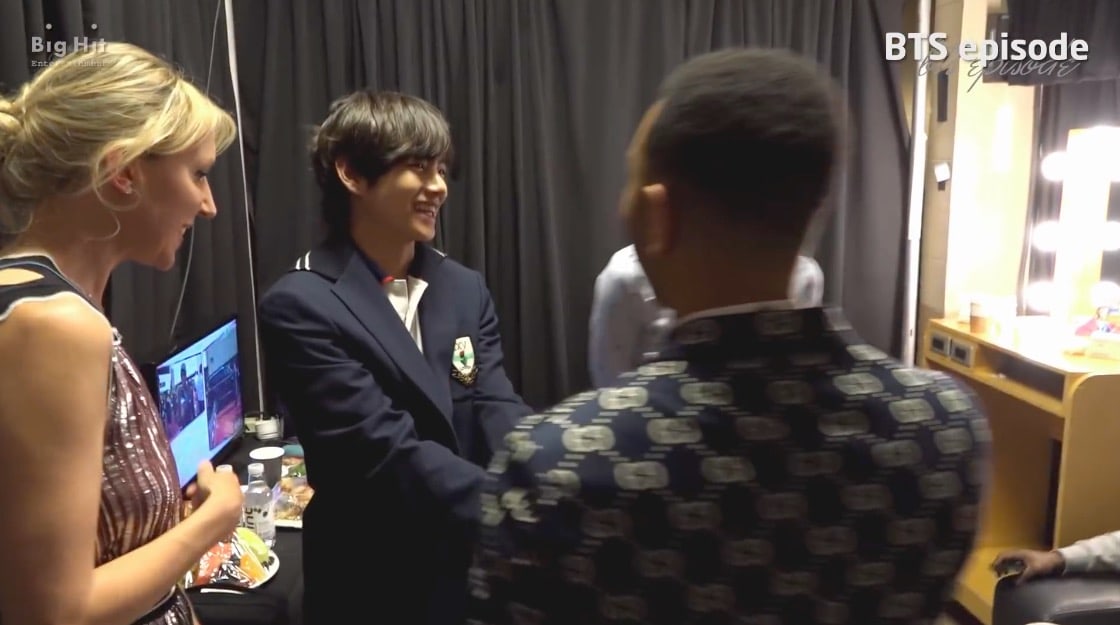 As they took photos together, Jin also showed John Legend how to make a heart with his fingers, and the members then laughed in amazement when they found out John Legend had brought a BTS CD in his bag for them to autograph for a friend’s daughter. “I came prepared in case I met you guys!” he told them.

The members also clapped and cheered when John Legend surprised them by saying “Thank you” in Korean. 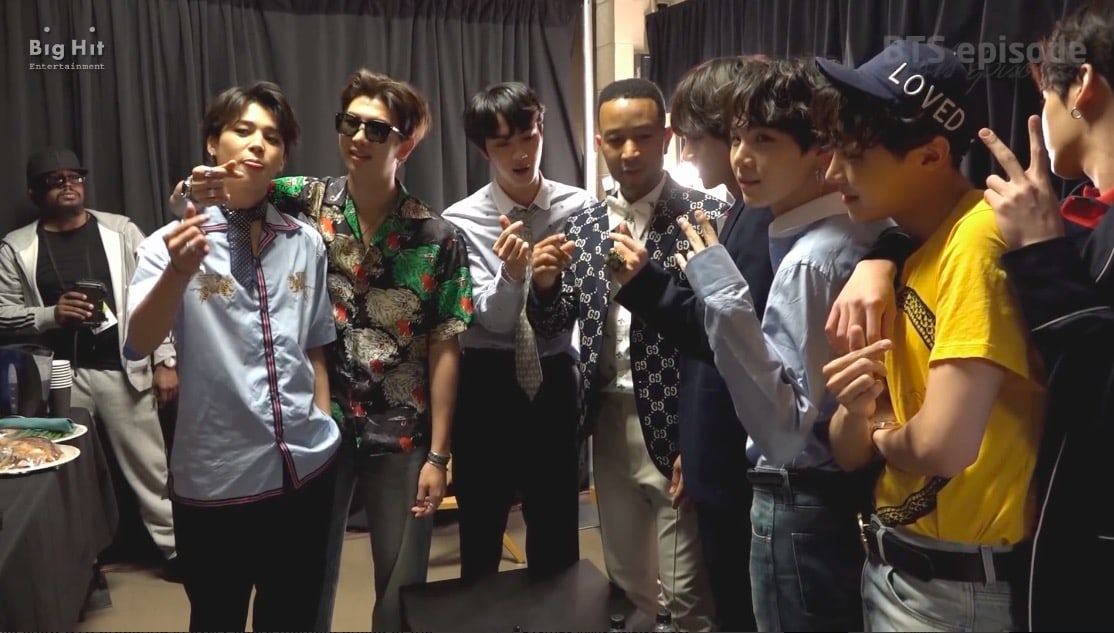 The video includes some fun footage of the guys enjoying the performances, meeting Tyra Banks at the show, and more. 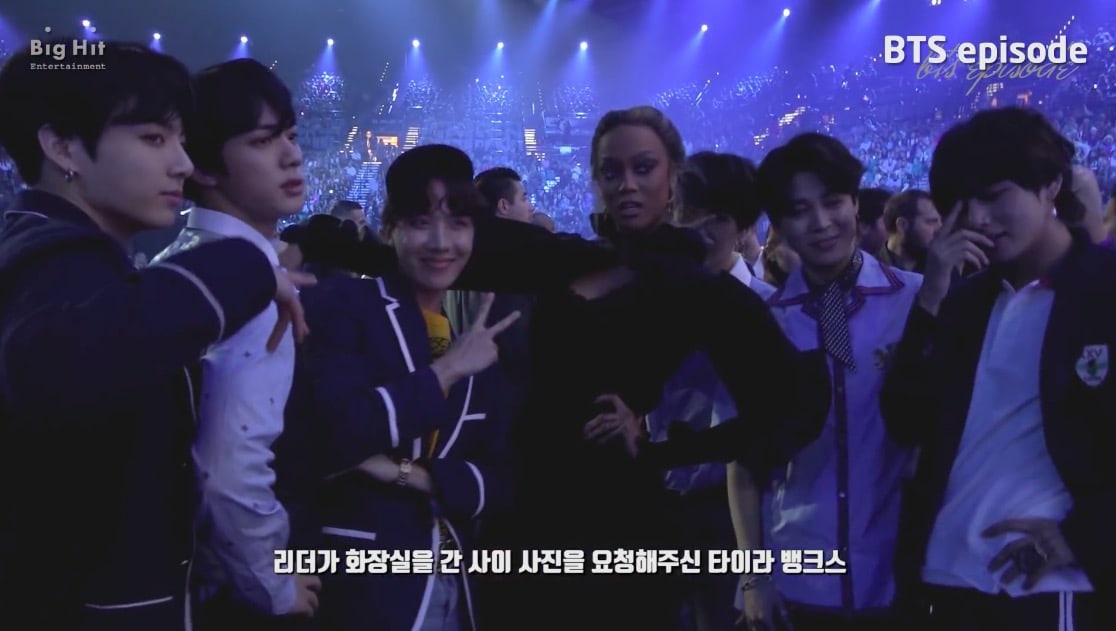 While in the audience during a break, Jin laughed and said to RM, “Famous people keep coming up to us to say hello! It’s amazing!” They both talked about how everyone seemed to be curious because of the reactions of all their fans ARMY in the audience.

Jungkook and RM also commented that they wished they could climb up to where ARMY was cheering them on so they could high five and hug them, and give them autographs.

The clips show BTS preparing in every spare moment, and then taking the stage for their historic performance. Afterwards, BTS were excited to get to meet Pharrell Williams backstage too, who suggested that they work together. “When can we carve some time?” he asked, and RM promised that they’d make time. 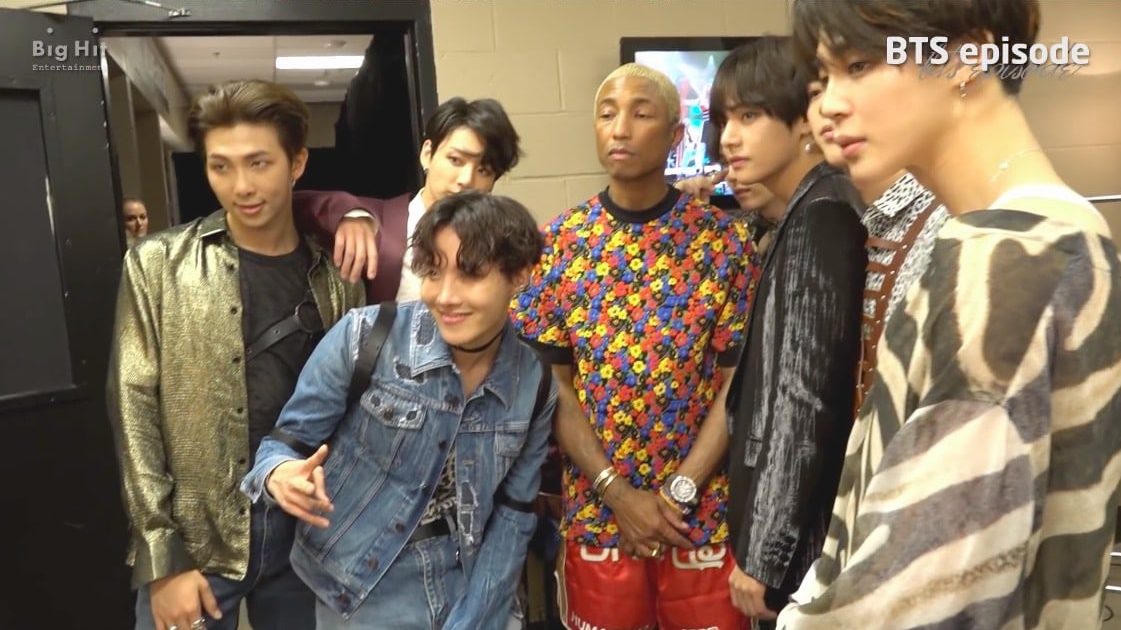