SF9 talked about their hopes for this comeback and shared some of their thoughts on how “success” is defined at a comeback showcase for their new mini album “Sensuous” on July 31.

During the showcase, the guys talked about taking on a sexy concept this time around with their new song “Now or Never.” Zuho said, “I’ve always wanted to promote with a sexy song that has a heavy rhythm. When I heard the song for the first time I thought, ‘It’s finally time to show what we’ve been holding back.’ I was pleased with it and worked hard on our comeback preparations.”

Chani said, “Personally, I’m 99.9 percent satisfied with our title track. The reason it’s not 100 percent is that I’m still 19 years old.” He explained with a laugh, “I wonder if I wouldn’t have been able to pull this song off better if we’d done it after I became an adult.”

One of the highlights of the group’s choreography for this comeback is Chani’s part in which he does a dance that brings to mind Michael Jackson’s moonwalk. Chani explained that one of the things he’d referred to for the dance was performances by SHINee’s Taemin of his song “Move.” 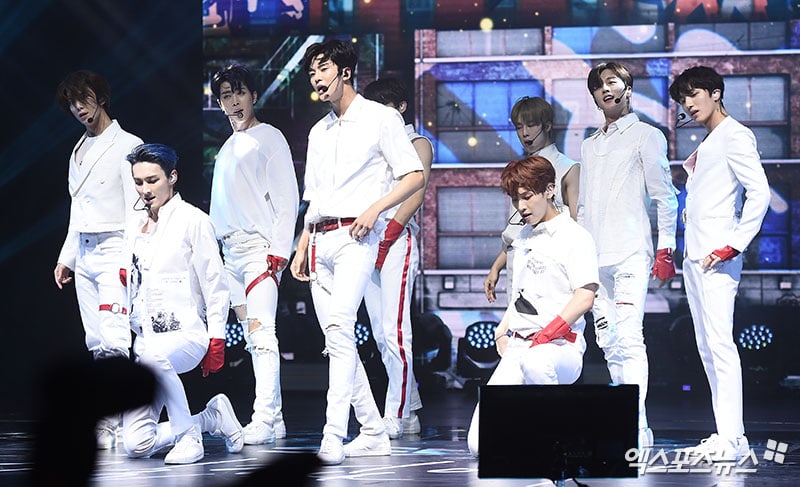 The members of SF9 also took part in the creation of the songs for this album. Zuho co-composed the song “Photograph,” while he, Youngbin, Hwiyoung, and Chani also participated in writing lyrics for their songs.

Chani commented, “When we wrote the lyrics, we had a really good time. We played around while doing it. We turned on music in Zuho’s room and had fun talking, and that’s how the lyrics formed.”

Zuho said, “We promised our fans that we’d release our work to them bit by bit. This self-composed song is part of that.” He added, “I want to keep giving good music to our fans in the future.”

SF9 also took some time to talk about their thoughts on the progress they’ve made since their debut in October 2016.

Inseong said, “Everyone’s idea of what makes a good result is different. I think that the fact that we’ve shown a lot of different music and performances within a short period of time is a good result.”

“Even just looking at the concepts we’ve done so far, we’ve done over five of them, and the members have all improved in terms of our skills in music, composing, and writing lyrics, so I don’t feel impatient yet,” he continued. “As we promote, I feel more and more passionate and energetic.”

Zuho added, “I think that a success that is easily gained is not meaningful. No matter what it is, if you’re too conscious of other peoples’ thoughts and feel impatient, then it likely won’t work out. I believe that if we continue to build up our skills step by step, our unique style as SF9 will be acknowledged.” 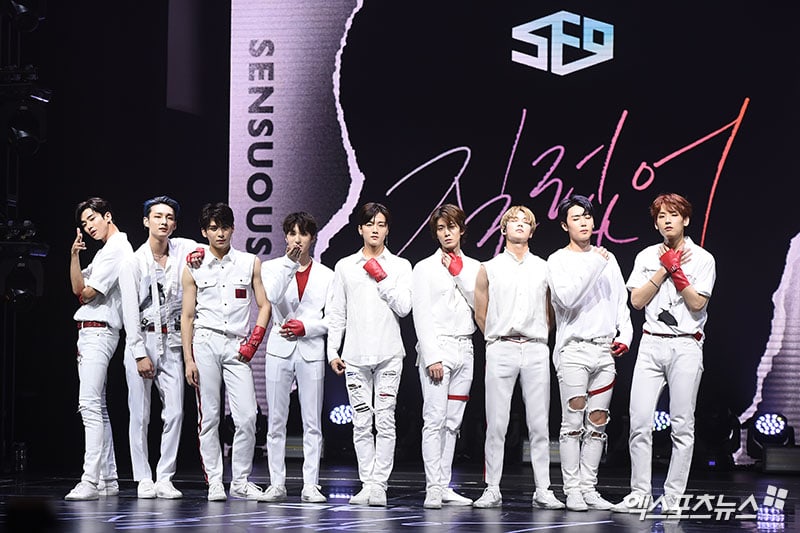 When asked what their goals are for this comeback, Rowoon replied that they recently got phones and have a group chat where they send motivating messages. Two of the things they’ve talked about there are receiving a nomination for first place on a music show, as well as selling out all the seats for their upcoming fan meeting. Rowoon said, “The members all have the same goals and are working hard.”

SF9’s mini album “Sensuous” and title track “Now or Never” was released on July 31. Check out their new MV here!