UNI.T’s Yang Jiwon On Being Unable To Trust Agencies And Returning To Dorm Life After 6 Years

On the July 31 episode of MBC Every1’s “Video Star,” UNI.T’s Yang Jiwon talked about her past experiences being burned by her agency.

Yang Jiwon said, “After Spica broke up, I got offers from 20-30 different places. But I couldn’t go. It turns out that I harboring scars from my agency. It was like trying to start a new relationship; I had trouble starting up somewhere new, with so many thoughts about if this new agency would hurt me, or what this new person would be like.”

Former After School member Yoo Soyoung added, “I’m now in my second year of promoting without representation. I’ve been conned by an agency before, so I’m scared to put myself in that position again.”

Yang Jiwon also talked about how busy it is with UNI.T and what it’s like being back to dorm life for the first time in six years.

She said, “[It was so hard] I thought I was going to die. Our schedule was so packed that members even 10 years younger than me were having a hard time. For the first two months, I think we had maybe one day off, and we were sleeping maybe two hours a day. We worked hard in Spica, too, but we had breathing room. Sometime ago, we even tried a double speed dance, and I thought I was going to collapse.” 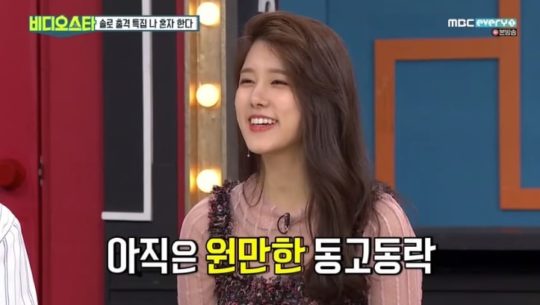 On returning to dorm life, Yang Jiwon said, “[The time with Spica] was my last time in a dorm. That was about six years ago. I thought I wouldn’t ever have to do it again.” When asked if there are ever conflicts, she said, “Because I’m the oldest, I think the other members might just not say anything even if they are upset. But they’re all so nice.” 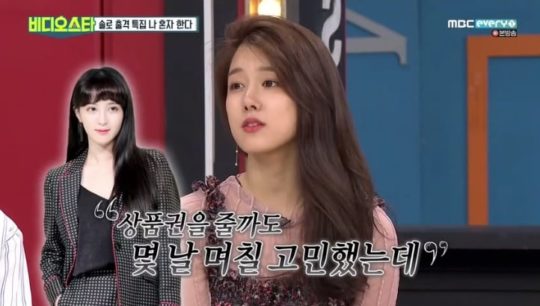 The UNI.T member is also close friends with actress Jung Hye Sung, and revealed a time when Jung Hye Sung gave her a gift to help her out during a difficult time. Yang Jiwon said, “When I was struggling financially, Jung Hye Sung gave me a letter on my birthday along with 1 million won (approximately $900) in cash. She said she was wondering if she should get me clothes or a gift certificate but in the end decided to get me what I needed the most. Even now, I look at that letter. I’m so thankful.”

Yang Jiwon
Video Star
UNI.T
How does this article make you feel?