In a recent interview with SE Daily, 2PM’s Chansung talked about his future as an actor.

Acting is where he’s put his focus for solo activities, and until he enlists in the military, Chansung said he’s planning on working like a mule. “I like to work,” said Chansung, “and if there’s a project that I like, even if it’s not a 100 percent match, I insist to my agency that I want to do it. And they’ll just tell me to go ahead if I want (laughs).”

Chansung said he’s drawn to fun projects. He explained, “I’m not referring to bright or lively projects. I like ones where I can relate, and ones that I want to understand. Most recently, the musical ‘Smoke’ was like that for me. I read the script three times in one sitting.”

But his reasoning for choosing to do “What’s Wrong With Secretary Kim?” was a different. Chansung said, “Emotionally, it was hard during ‘Smoke.’ We practiced for about a month and a half, and I was really depressed. I wanted to do something fun after, which was where ‘What’s Wrong With Secretary Kim?’ came in. It was a big source of healing for me, and everyone I met during filming was so great.” 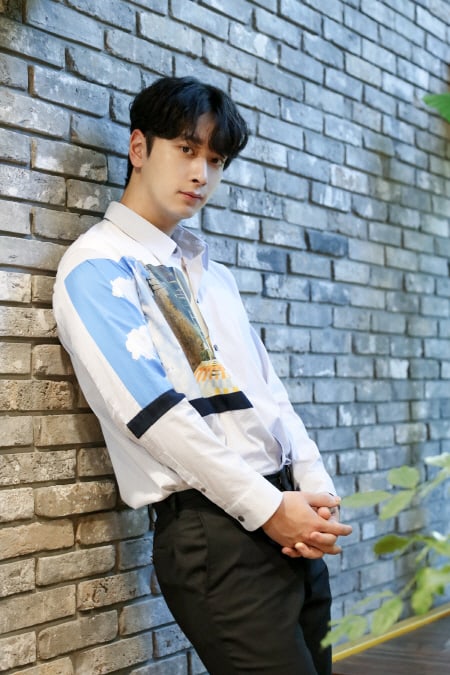 On whether or not he wants to grab a lead role, Chansung said, “There’s something that Wooyoung and I discussed. It’s that we think it’s a good idea not to do any lead roles until we’re in our 30s, when we know a bit more about the world, and about acting. Of course, I would be so thankful to be able to lead something now. I’m not saying that I don’t want to. But I would like to do it when I have more experience and can better portray [a character].”

Chansung is outspoken on social media, and, though his agency doesn’t like it, he thinks it’s necessary. “I want to make my fans, and people who are interested in me, aware of the importance [of different issues]. There are things where even if [a celebrity] like me posts about it, people may or may not care. I post these things because I feel it’s a necessity for everyone to know and take interest.”