In the photos, Yoon So Hee, Hyun Woo, and Hongbin meet for the first time. Hongbin has his arm around Yoon So Hee as if he’s purposely taunting his rival, and Hyun Woo glares at them with jealousy sparking from his eyes. On the other hand, Yoon So Hee merely stands there with an annoyed expression on her face.

Viewers wonder whether Hyun Woo, who bickers with Yoon So Hee, will feel a change of emotion with the arrival of Hong Bin and how the three people’s relationship will be portrayed in the future. 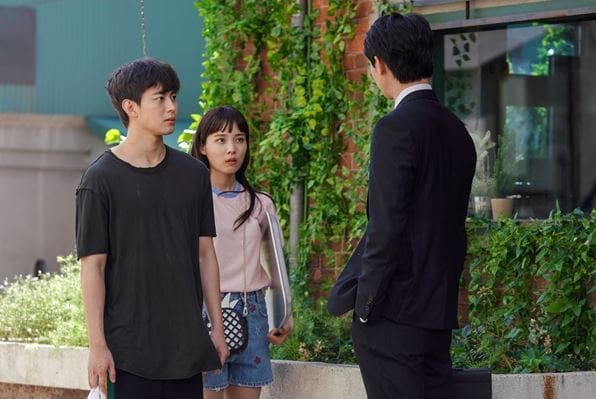 The production crew stated, “Hong Bin, who drew the viewers’ attention with just a brief appearance in the last episode, will stand out starting from the third episode today [August 1]. As a result, there will be scenes of Hyun Woo, who always quarrels with Yoon So Hee, expressing his jealousy, and they will deliver both laughter and excitement to the viewers.”

“Witch’s Love” airs every Wednesday and Thursday at 11 p.m. KST and is available exclusively on Viki.

VIXX
Yoon So Hee
Witch's Love
Hyun Woo
Hongbin
How does this article make you feel?