“Your Honor,” which received impressive ratings last week, tells the story of an unconventional judge and his journey, with Yoon Shi Yoon playing identical twins: one a convicted criminal (Han Kang Ho) and the other a judge who has mysteriously disappeared (Han Soo Ho).

On August 1, the drama revealed photos of Yoon Shi Yoon as Han Kang Ho, who has secretly taken the place of his brother, in a dangerous situation where he has to deal with a man wielding a knife. The man with the weapon is the son of a victim who was attacked by a third-generation heir’s power trip. In the previous episode, Song So Eun (Lee Yoo Young) investigated the case and paid him a visit after finding something suspicious.

Now, in the new stills, the man is threatening Yoon Shi Yoon with a stiff, infuriated expression on his face. In the midst of the tension, Yoon Shi Yoon takes the man down with fierce charisma, making the viewers anticipate what is about to happen next. 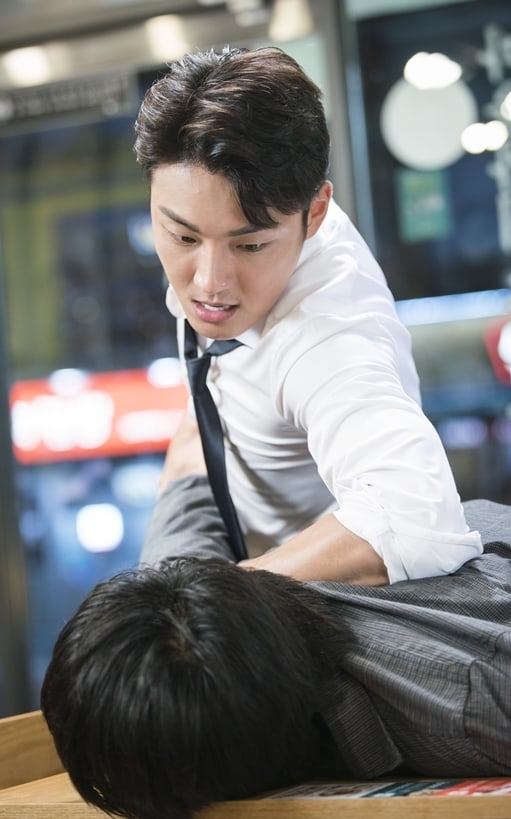 In the meantime, catch up to the latest episode below: