DJ Tukutz has fulfilled his promise of going by a new moniker for the month of July!

On July 29, the last day of the Seoul leg for Epik High’s summer concert “NOW PLAYING,” a “retirement ceremony” was held for DJ Sukutz.

Previously, DJ Tukutz had changed his moniker for the month of July following a message he sent to SBS Power FM radio show “Cultwo Show” when fellow member Tablo appeared as a special DJ. He promised to change his name to DJ Sukutz (“Sukutz” in Korean sounds similar to the word for “male”) if “Epik High Concert” became the No. 1 topic on realtime search rankings. 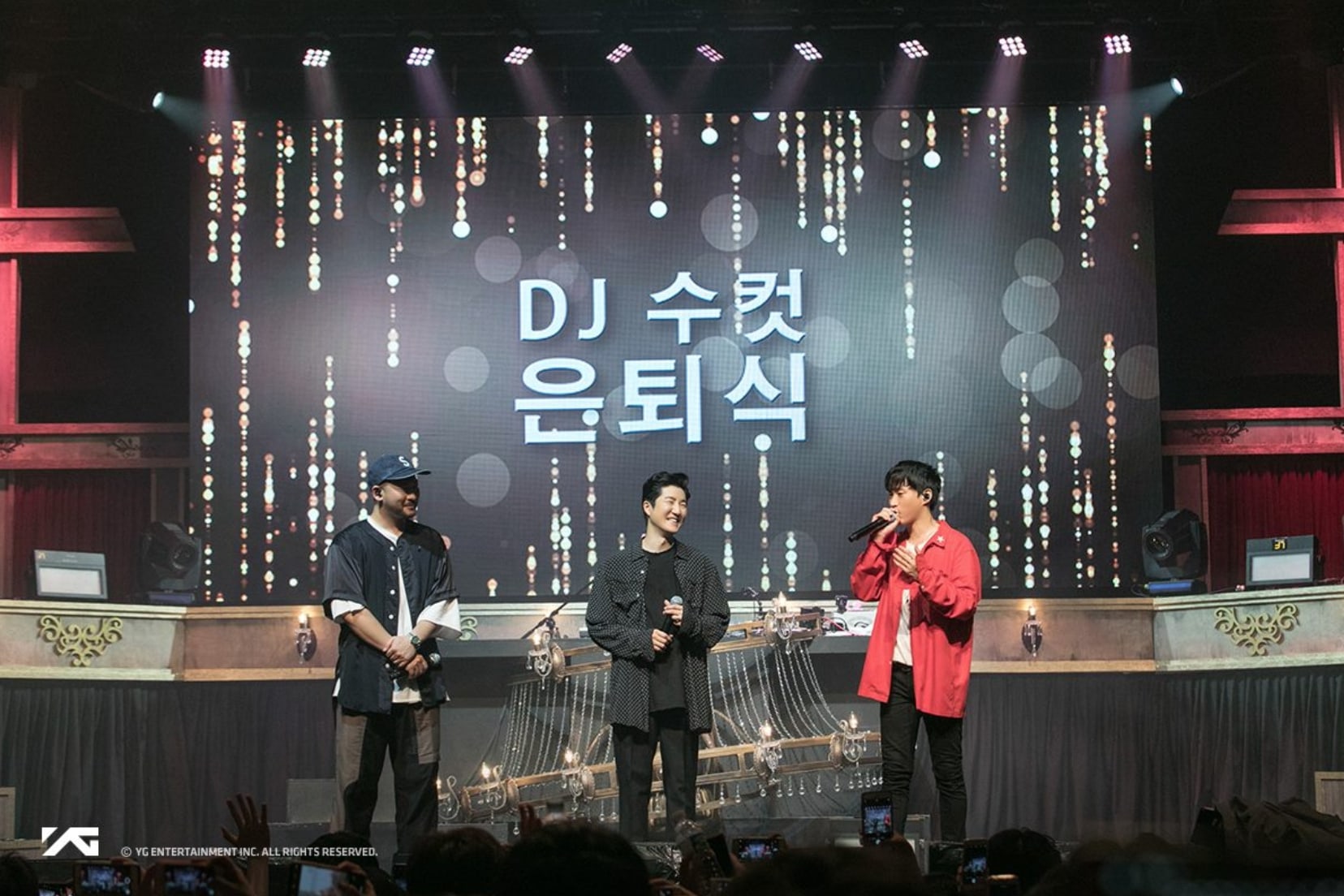 At the concert, Tablo announced, “The time has come for us to send off DJ Sukutz and welcome DJ Tukutz again. Please give a final round of applause for DJ Sukutz who worked hard for the duration of July.” In response, DJ Tukutz stated, “I received undeserved attention and love,” and thanked the crowd, promising to return as DJ Tukutz at the Busan concert on August 4.

After the retirement ceremony, DJ Tukutz’s name was changed back from DJ Sukutz on various portal sites.

Epik High held its “NOW PLAYING” concerts around Seoul in July and plans to hold its Busan concerts starting August 4.

Epik High
DJ Tukutz
Tablo
How does this article make you feel?