Watch: Apink Takes On Hilarious Missions From Their Fans On “Weekly Idol”

The girl group first continued their long jump competition, a continuation of last week’s episode. Bomi, who missed her target with her jump, had to dress up in a funny costume. She wore a bald wig, goggles, and a Pinocchio wig while dancing to “I’m So Sick.” 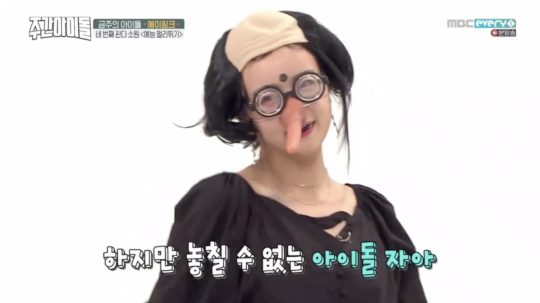 Hayoung then earned a chance to film one of Yoo Se Yoon‘s MVs while Son Naeun, who also missed her target, had to eat three lemons while smiling. Na Eun enlisted the help of Yoo Se Yoon and Kim Shin Young to complete the challenge.

Namjoo also underwent a hilarious transformation, which included a curly-haired wig, pig nose, and seaweed on her teeth. Jung Eun Ji failed to win the opportunity to end work early, and had to film funny memes like Go Kyung Pyo‘s funny facial expression. 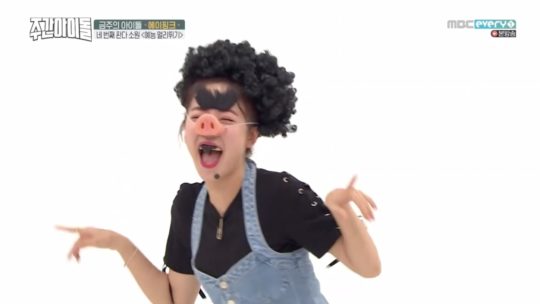 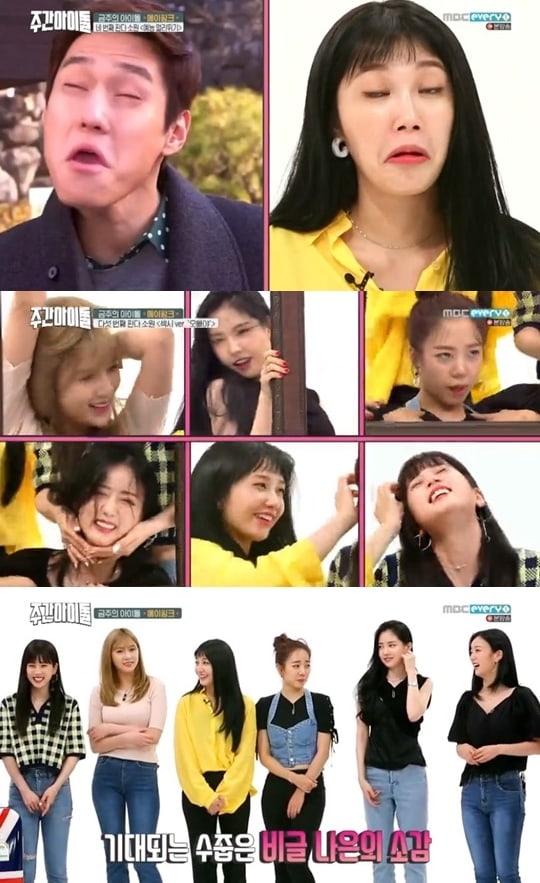 Hayoung, who was crowned as the winner of the long jump with a record of 2 meters and 50 centimeters (approximately 8.2 feet), received Korean beef as a reward.

Namjoo and Yoo Se Yoon then made the entire cast double over in laughter acting out a poison dart scenario, which, Namjoo said, was part of one of her university acting classes. When Namjoo then revealed that she had a habit of singing SEENROOT’s “Sweet Heart,” all of the members fulfilled Pandas’ (Apink’s official fandom’s) wish by performing a sexy version of the song. 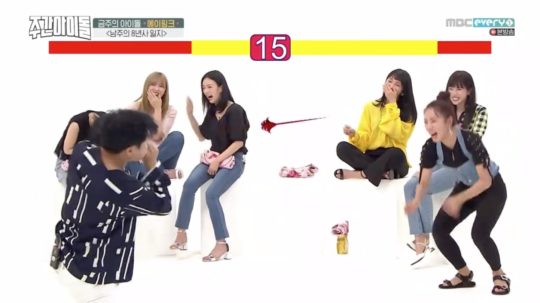 The sixth fan-submitted wish was a performance with swapped parts. Kim Shin Young asked, “If you’ve been promoting for eight years, don’t you know all of the other members’ parts?” but the members replied, “We only think about our own parts.”

Apink then performed “Mr. Chu” with swapped parts. Hayoung transformed into Chorong and got on her knees to replicate her shorter height. Son Naeun took over Hayoung’s part and stood on her tiptoes to emulate the youngest member’s height, and Chorong took over Jung Eun Ji’s position. While doing squats, Chorong introduced herself as “Apink’s Jung Kardashian Jung Eun Ji.”

The final mission submitted by their fans was an eight-second challenge, which, if the members succeeded, would award them a retro mini fridge with a UK flag design. Apink had five tries — each a different mini game — to succeed, and, after four fails, completed the final mini game, winning the challenge. Of the six members, Chorong became the owner of the refrigerator after winning rock-paper-scissors.

Son Naeun commented, “It’s been a while since we appeared on a variety show as a whole group, so it was fun. Getting presents was the icing on the cake.” Namjoo said, “We killed two birds with one stone. It was really fun. The MCs were fun. Honestly, I didn’t know that I would shoot poison darts in 2018 too.”

Hayoung stated, “I was nervous that we might not win the prize, but it was fun.” Jung Eun Ji concluded, “I wanted to come on ‘Weekly Idol’ because Kim Shin Young was hosting. Every time we talked to each other, I was curious, but I think it was worth it. I’m leaving after a fun day of filming.”

Check out the clips of Apink’s sexy rendition of SEENROOT’s “Sweet Heart” and performance of “Mr. Chu” below!

Apink
Weekly Idol
How does this article make you feel?