Apink’s Son Naeun Talks About Her Past Approach To Dating

On the August 1 broadcast of MBC’s “Radio Star,” Apink’s Son Naeun appeared and talked about her approach to dating in the beginning of her career, and her resulting image.

She said, “My personality is kind of like that too, but in the beginning, because we also had a dating ban, whenever someone would express interest in me, I formally and respectfully turned down everyone,” adding that she even turned down someone that she had also been interested in. “That eventually became my image, and now, no one approaches me.”

Son Naeun said that the way others see her really hit home when there was a poll and male idols picked her as the No. 1 female idol they thought would be a ‘bad girl’ when dating.

On the type of guy she likes, Son Naeun said she likes masculine, but sweet men, and secretly wishes to find an Instagram DM from someone. She said, “Back then, people used to pass notes back and forth, and I didn’t know how people contacted each other now. Then I found out that these days, people send direct messages through social media, and I’ve checked my account to see if there was anything, but there wasn’t.” 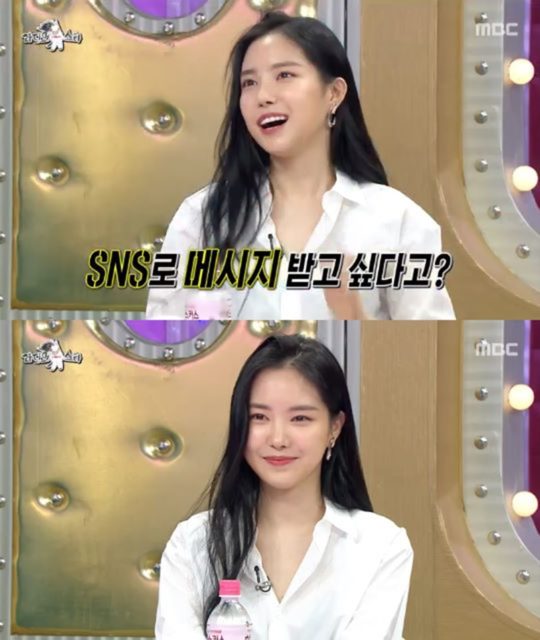