On August 1, “Your Honor” once again emerged the winner of the Wednesday-Thursday drama ratings battle. According to Nielsen Korea, the latest episode of the drama achieved the highest viewership ratings in its time slot, scoring average ratings of 5.3 percent during its first half and 6.4 percent during its second.

MBC’s “Time” came in at second place for the night with average viewership ratings of 3.1 percent and 4.0 percent for its two parts, while KBS 2TV’s “Your House Helper” took third place with ratings of 3.0 and 3.2 percent.

“Your Honor” stars Yoon Shi Yoon as a pair of identical twin brothers who lead entirely different lives. Han Soo Ho is a respectable judge who does everything by the book, while his twin Han Kang Ho is a convicted criminal and repeat offender who lives his life on the wrong side of the law. When Han Soo Ho mysteriously goes missing, his delinquent brother ends up impersonating him and taking his place as a judge.

On the latest episode of the drama, Han Kang Ho suddenly skyrocketed to stardom as a famous judge after boldly sentencing the wealthy heir to a conglomerate to seven years in prison. While Han Kang Ho delivered laughs with his hilarious, unpredictable behavior, Han Soo Ho made a brief but memorable appearance that kept viewers on the edge of their seats. The episode showed Han Soo Ho returning home and growing furious after happening to see his brother impersonating him on television, leaving viewers to wonder what will happen next. 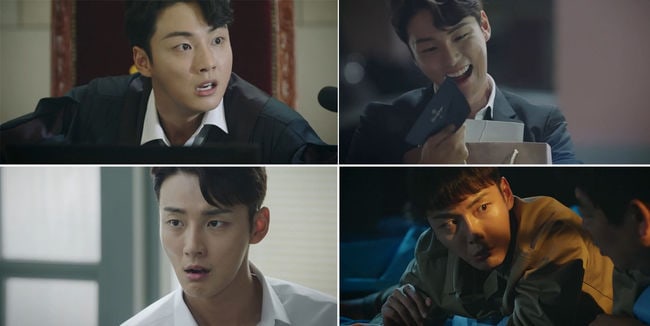 In the meantime, check out the latest episode of “Your Honor” below!

Yoon Shi Yoon
Time
Your House Helper
Your Honor
How does this article make you feel?