On August 2, Gaon revealed chart results for the week from July 22 through 28.

Shaun’s “Way Back Home,” which has been swept in chart manipulation accusations, maintained on top of the digital chart and also rose to the top of the download and streaming charts. 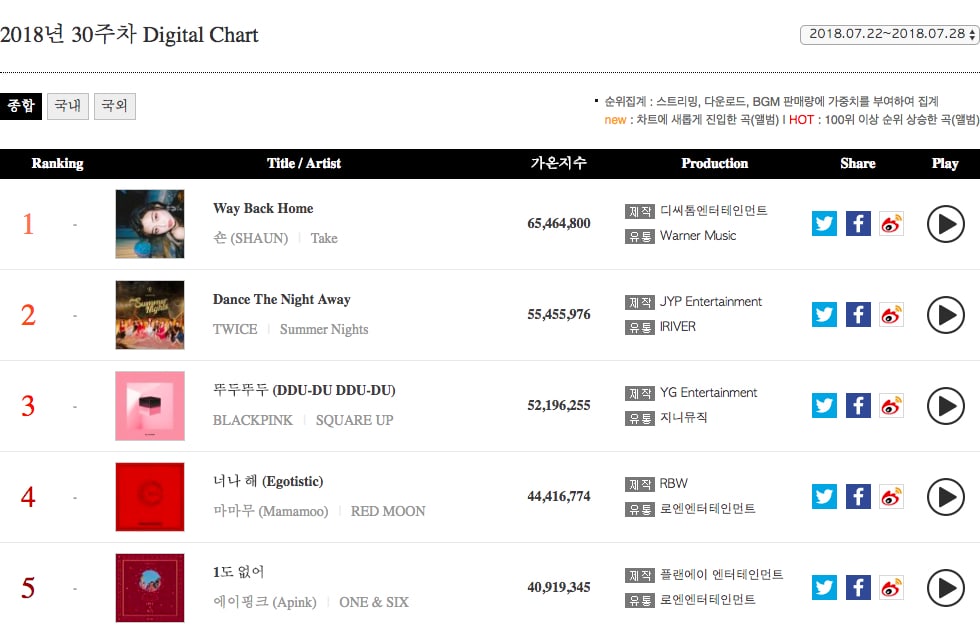 “Egotistic,” “Dance the Night Away,” and Chungha’s “Love U” stayed in the top five of the download chart. GFRIEND’s “Sunny Summer” rose one spot to take fifth. 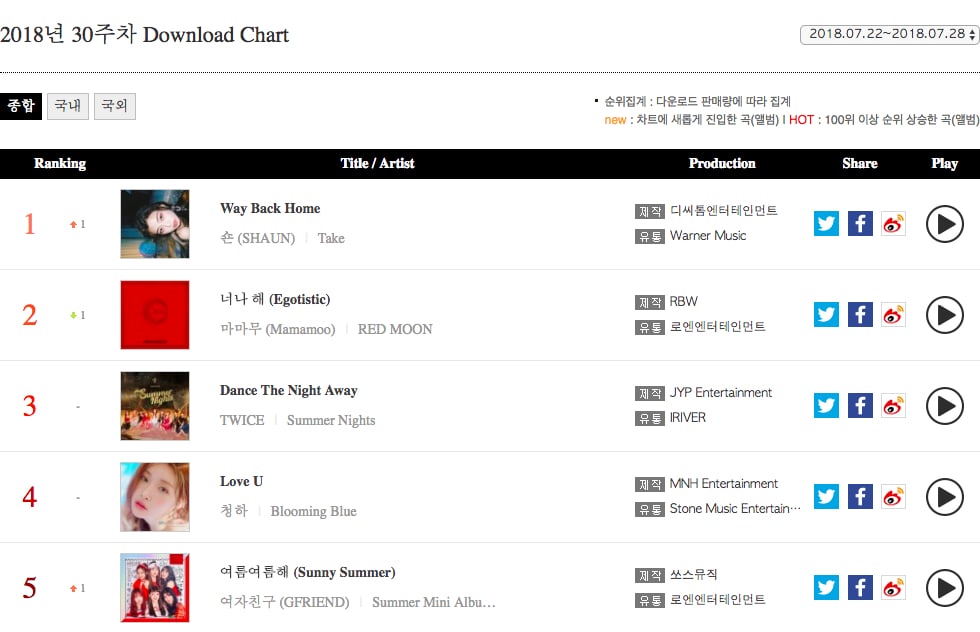 There was not much change in the streaming chart either, with “Dance the Night Away” in second, “DDU-DU DDU-DU” in third, and “I’m So Sick” in fourth. “Egotistic” rose three spots to take fifth. 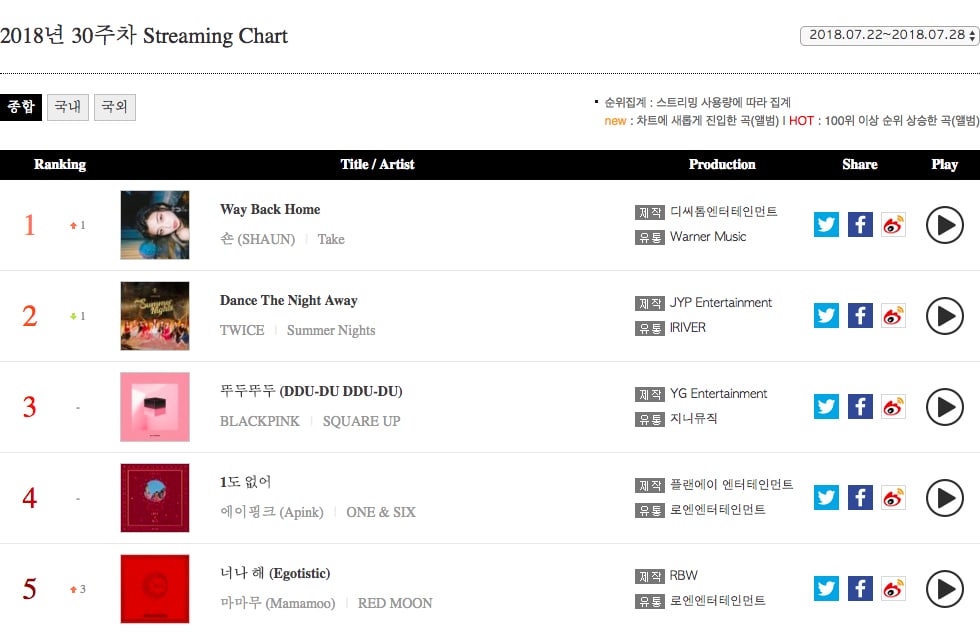 BIGBANG’s Seungri topped the album chart recording physical album shipments with “The Great Seungri.” ASTRO’s “Rise Up,” FTISLAND’s “What If,” and Jeong Sewoon’s “Another” entered strong in second, fourth, and fifth, respectively. NU’EST W’s “Who You” rose four spots to take third. 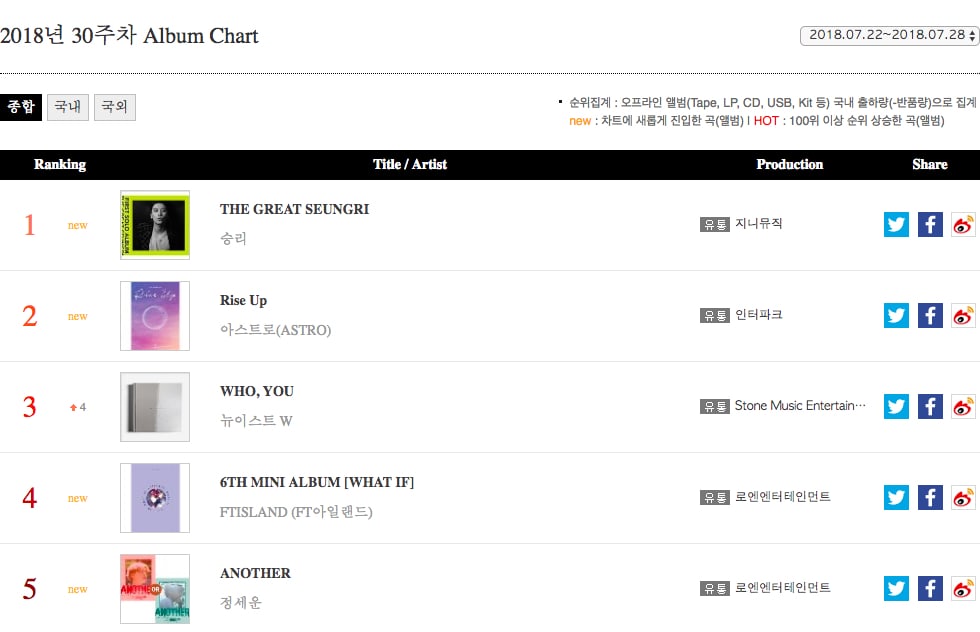 For the third consecutive week, “Dance the Night Away” maintained its reign on the social chart, which is a result of data from YouTube, Twitter, and YinYueTai. BTS’s “Fake Love” and MOMOLAND’s “BAAM” each rose a spot to take No. 2 and No. 3, respectively. “Egotistic” placed fourth, and BTS’s “DNA” placed fifth. 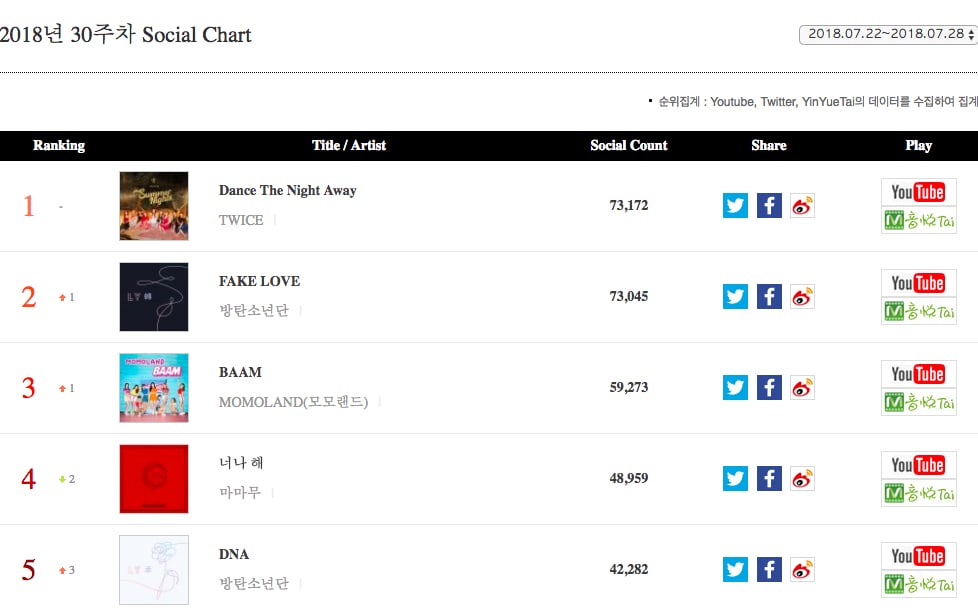