For a romantic comedy about kids attending a university that’s geared towards churning out top-notch fighters, “Sweet Combat” has delivered a surprising amount of deep and engaging emotional material (that touches on some heftily significant and universal human struggles).

Ming Tian (Luhan) is a staunch pacifist, whose dislike of violence causes more than a few hiccups when he receives an offer he can’t refuse – a scholarship to attend an all-girls combat academy that now accepts males. There, he meets different fighters including Fang Yu (Guan Xiao Tong), an heiress to a wealthy family’s fortune, who has hidden struggles of her own. Ming Tian must fight his way through obstacles both inside the ring and out in order to prove himself to his family, friends, and even enemies.

Let’s get right into it with five reasons you should be adding “Sweet Combat” to your must-watch list!

Luhan plays Ming Tian, a plucky university student who balances several part-time jobs with school, all the while caring for his younger twin siblings. Not only is it super fun to watch Luhan take on a big bro role, but he’s so perfect at it.

He helps them get ready in the morning, walks them to school, cooks their meals, holds them when they cry, and tucks them in at night. 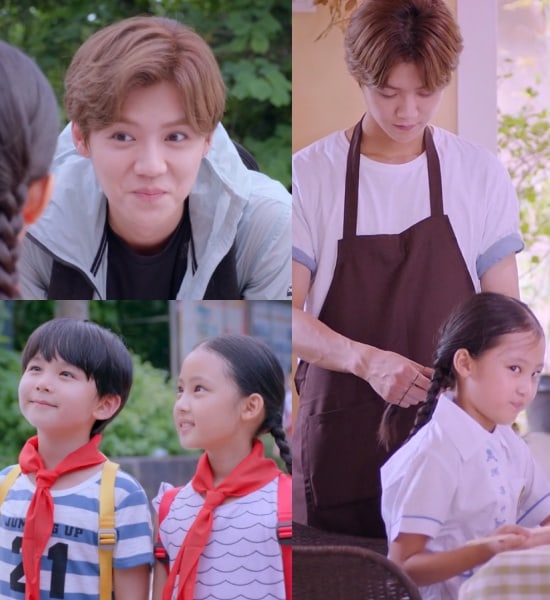 While circumstances surrounding Ming Tian shift and develop throughout the drama, one element that remains steadfast is his devotion to his younger brother and sister. He does whatever he can to protect them…even if it means not telling them the truth about what truly happened to their parents.

or its “transfer out” file, which happens to be guarded by the ultimate squad of martial arts champions… 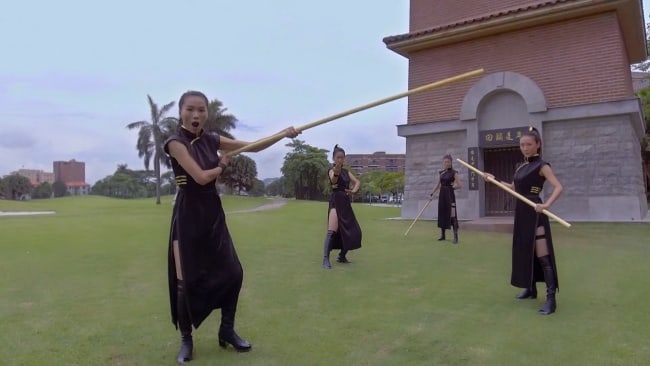 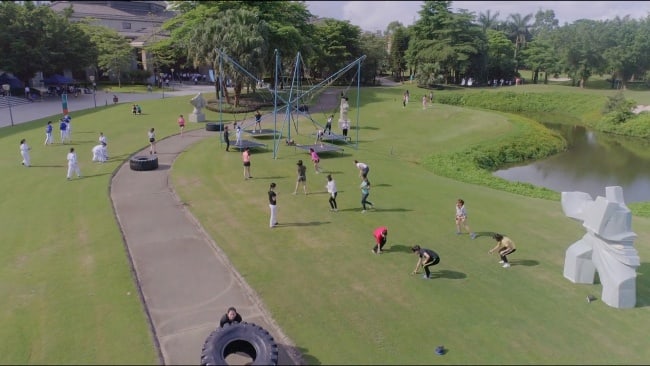 Instead, by far the coolest aspect of the university is its knack for training, equipping, and sending out powerful females, who are not only fighting machines, but also valued members of society with influential positions in politics and government who receive public thank-yous from the police force on what seems to be a regular basis.

The all-girls school recently began accepting males; however, none have stayed thus far. This changes when Ming Tian and Sun Hao (Pei Zi Tian) enter the picture. While Ming Tian is offered a scholarship deal he cannot refuse, kindhearted troublemaker Sun Hao – who has been kicked out of every other school in the area – enters Zhengze Academy as his last chance to continue his education.

The academy serves as the common ground for the our main cast to meet, all from distinctly different backgrounds and financial standings. It’s where the drama truly begins and where a ton of cool fights and show-downs take place.

Each member of the female main cast deserves her own acknowledgement, so this section is a little lengthier, but it’s worth it, I promise! These young women might be fictional characters in a drama, but they embody qualities and characteristics that remind us that background and personal struggles cannot stop you from growing in strength (both physically and mentally). 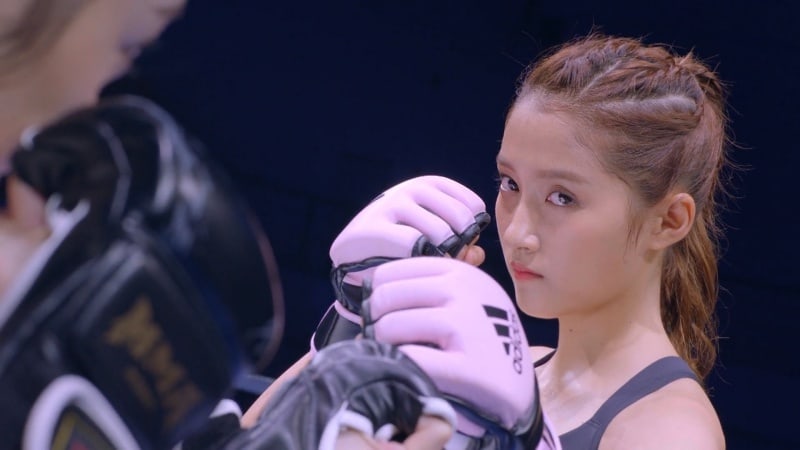 Fang Yu has a complicated past that she shares with few, and as a result, she is reserved, overly calculative, and outwardly cold. Only when we see Fang Yu interact with her wise-cracking little brother do we really get to glimpse the vulnerable and kindhearted young woman beneath the icy exterior.

Through inner monologues conducted in front of her mirror at night, we begin to understand what Fang Yu struggles with and why she is so unwilling to accept others into her tiny, hand-picked world. Her struggle to accept herself, despite her deep-rooted insecurities stemming from childhood, is something many go through, and I love that “Sweet Combat” has a female lead that struggles with a problem that is so universally relatable. 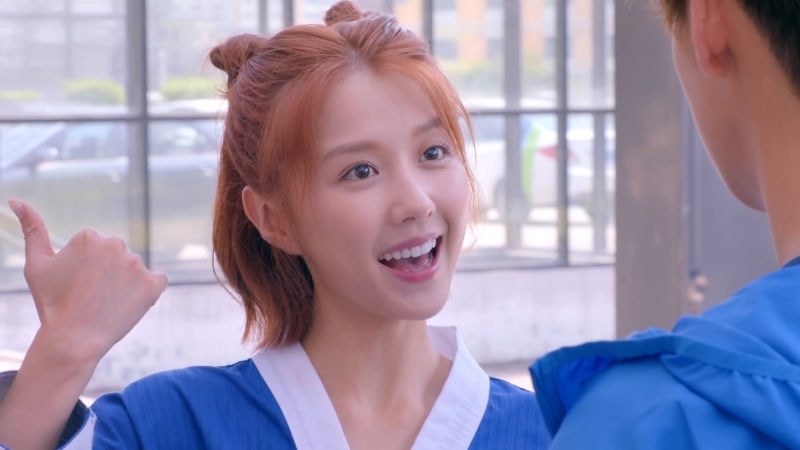 Always rocking the space buns (and sometimes cat ears), Xiaomi is the kind of girl that easily captures everyone’s attention the minute she walks in a room. She’s utterly adorable and has a huge crush on Ming Tian from the moment she spots him. She’s tough when she needs to be (as the proud president of the Taekwondo Club) and is cute-as-a-button the rest of the time.

Under all of the cutesy behavior, Xiaomi has a genuinely nurturing and unexpectedly motherly side. When Ming Tian needs help taking care of the twins, she quickly volunteers, preparing food to bring over and playing games with them. (Yes, her crush on Ming Tian is a huge motivator, but she genuinely enjoys helping!) Later on, when Sun Hao comes down with a nasty fever, she goes out of her way to help him by making sure he is wrapped up well and eating properly. 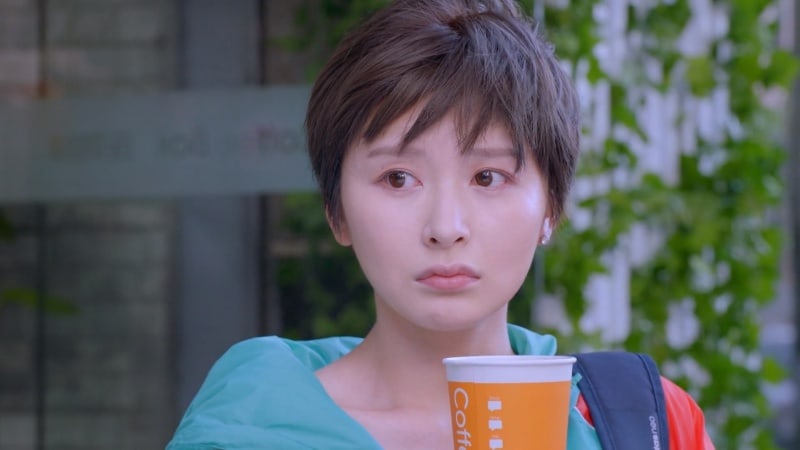 Yanan’s tomboyish exterior and behavior initially causes Ming Tian to assume she is also a boy, much to her annoyance. But despite the rough start, the two become fast friends. As president of the Boxing Club, Yanan is not a girl to mess with (none of them are, really), and she lets people know what she thinks without hesitation.

She’s a loyal friend and a fierce ally – someone you’d definitely want on your side. Just like the others, she has a lot more going on underneath the surface than she sometimes lets on, including possible romantic feelings that she’s not quite sure what to make of.

More often than not in Dramaland, we encounter parents who are just…not the best. So it’s refreshing when a truly good parent comes along. Such is the case with Sun Hao’s mother (Tien Niu), and her relationship with her son is so adorable! 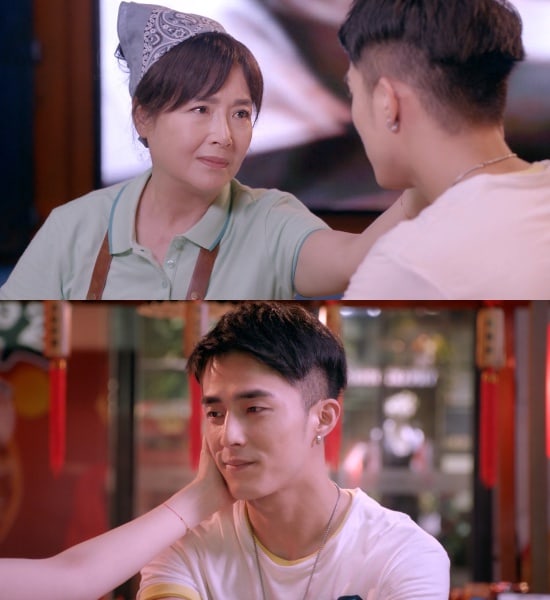 The two run a delicious food stall together, and though she might not have as much screen time as some of the younger cast members, Sun Hao’s mother leaves a strong impression with her playful teasing and her obvious love for her son. She sincerely wants only the best for him and jumps at the chance for her boy to continue his education after he gets kicked out of the last school.

Just as loyal and loving, Sun Hao proudly serves food beside his mom in their food stall, protects her when customers get rowdy, and enters Zhengze Academy because he knows how much it will mean to her. The two of them are definite mother-son goals.

For a rom-com that centers around a fighting academy and the antics of its students, “Sweet Combat” gets surprisingly deep at times, teaching values such as the strength of family, self-confidence and self-acceptance, conflict resolution, standing up for yourself, and humility.

Although the drama is light-hearted, instead of contentedly nestling itself in a rut of pleasant triviality, “Sweet Combat” chooses to explore the dilemmas of modern youth, what it means to be loyal, and who defines courage in society. 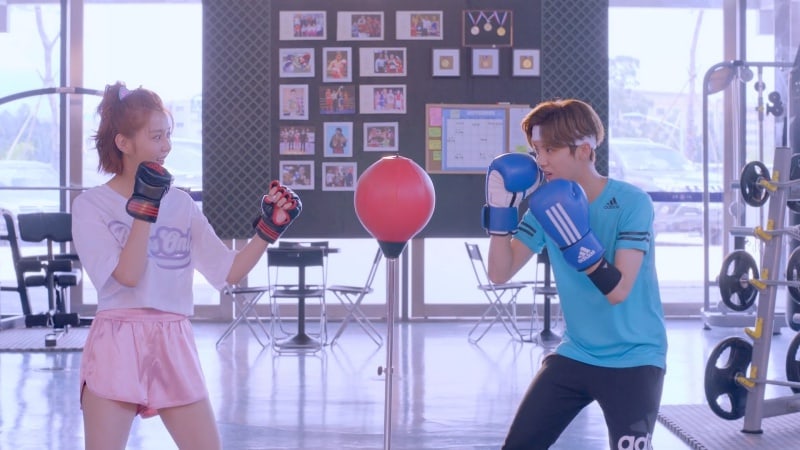 It’s just one of those dramas that works on several levels! So whether you’re into the more angsty undertones or just want to sit back and enjoy a pleasant watch, “Sweet Combat” is definitely worth checking out!