MOMOLAND was the ninth group to appear on XtvN’s “Super TV 2”!

On August 2, MOMOLAND faced off against Super Junior in many fun challenges. Even before the girl group appeared on set, Super Junior announced, “We already lost today.”

MOMOLAND appeared and quickly filled the set with their fun charms. After performing their latest title track “BAAM,” they watched Eunhyuk’s comical rendition of the song.

Super Junior’s Kim Heechul, who is well-known for his dancing skills to girl groups’ songs, challenged MOMOLAND’s Yeonwoo to a dance battle to “Bboom Bboom.” He made everyone laugh with his facial expressions and dance moves.

Yeonwoo then showed everyone how it’s done and earned the praise of the cast and crew on set. After watching Kim Heechul’s dance, MOMOLAND’s Hyebin jokingly asked if he has a herniated disc.

MOMOLAND continued to surprise Super Junior with their unique talents throughout the show. JooE revealed that she could blow a tissue in the air for a long time and chose Yesung as her competitor. Unlike her statement that she could do this for 30 minutes, she was able to keep the tissue in the air for about 6 seconds while Yesung succeeded at doing it for about 8 seconds.

After Hyebin said, “My unique talent is putting many cookies in my mouth,” she faced off against Super Junior’s Choi Siwon. He won the challenge with ease by stuffing 22 cookies in his mouth, while Hyebin had some difficulty and stopped after 18.

MOMOLAND’s Jane showed off her unique skill of making “bone noises” and Hyebin imitated the voices of zombies from “Train to Busan,” which led to all MOMOLAND members pretending to be zombies. 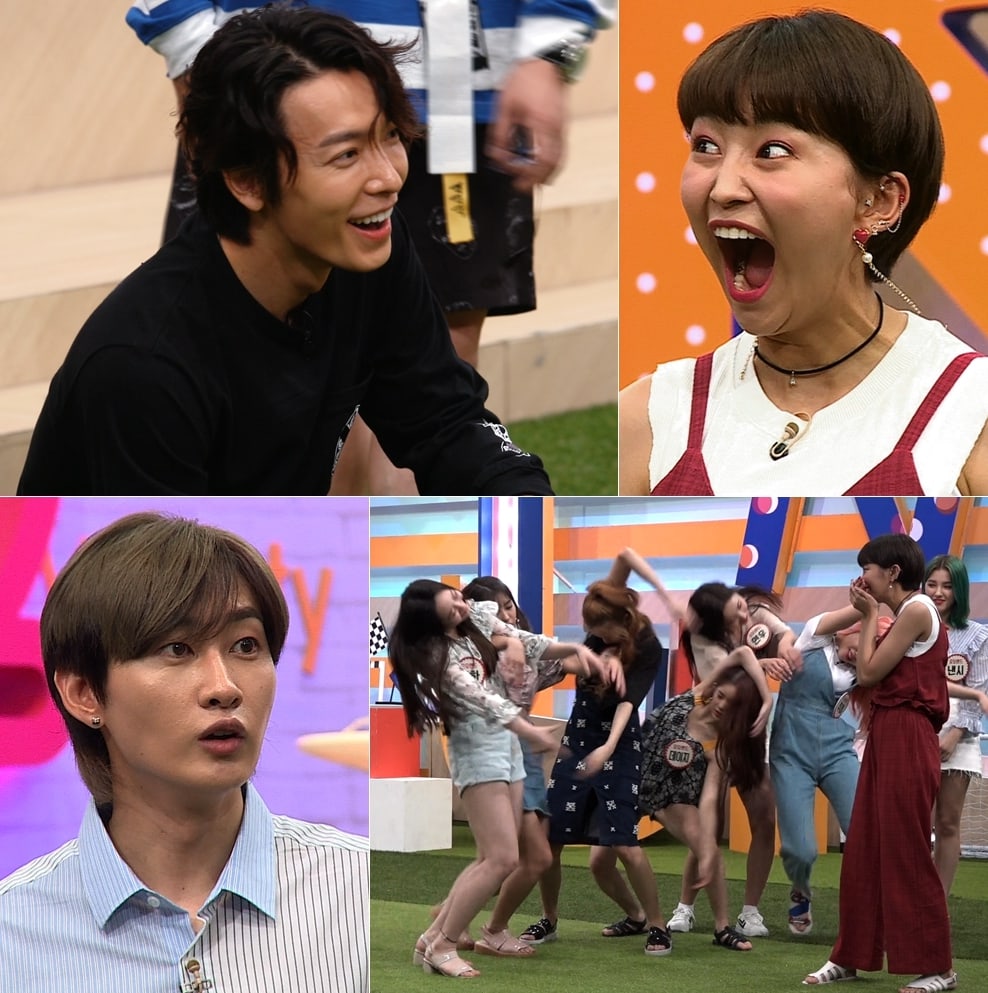 Super Junior
MOMOLAND
Super TV 2
How does this article make you feel?