The group released their mini album “New Kids: Continue” on August 2 at 6 p.m. KST, including five songs in total. Their title track “Killing Me” was co-composed by B.I, who also wrote the lyrics for the song. 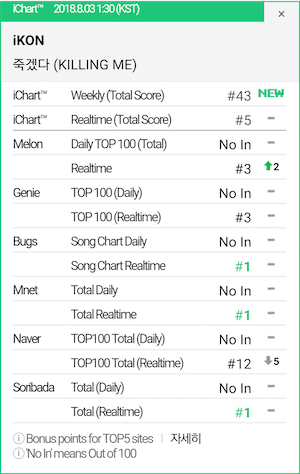 This is the group’s first comeback since their massive hit “Love Scenario” earlier this year, which became their first song to achieve a perfect all-kill and was so popular that it maintained its reign over the charts even a month later.