Red Velvet will soon be making their long-awaited appearance on “Super TV 2”!

On August 2, a preview was shared for next week’s episode of Super Junior’s xtvN variety show, which features them going head to head with guest groups. Red Velvet joins them in the studio for this episode, and the clip first shows them dancing to “Bad Boy.”

The Red Velvet members then show off their cuteness with Irene saying, “I’m going to hit you!” in an adorable voice. Joy whacks Kim Heechul in the butt with a yell, and he looks surprised by her force.

The two groups take on a horror-themed game where they seem to be tasked with acting as zombies, and the caption reveals that they’re playing for a luxury trip within Korea. Both teams give their all for the dramatic challenge, and the Super Junior members can be heard wondering if they’ll be able to win this time around.

Before this season of “Super TV 2” began, the show shared a clip in early June of Super Junior in Dubai for SMTOWN’s world tour. During the video, the guys asked Red Velvet’s Seulgi for her autograph and thumb print, and then hilariously informed her that she’d just signed a contract stating she’d appear on “Super TV 2.” 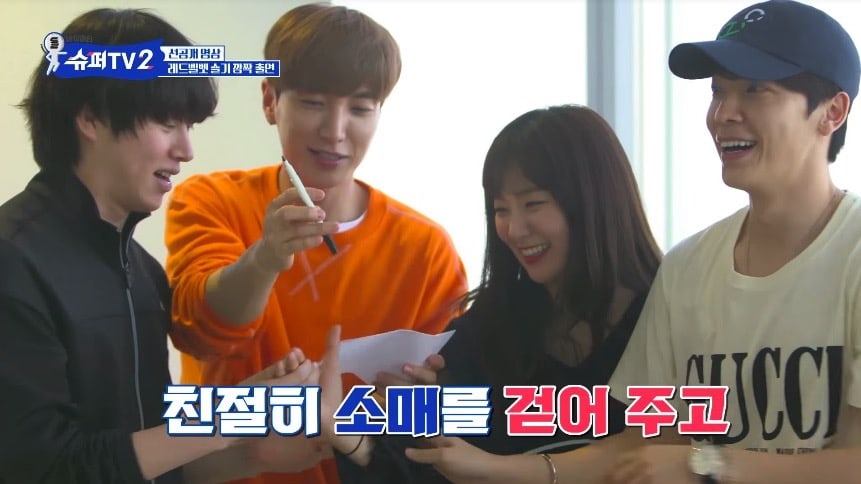 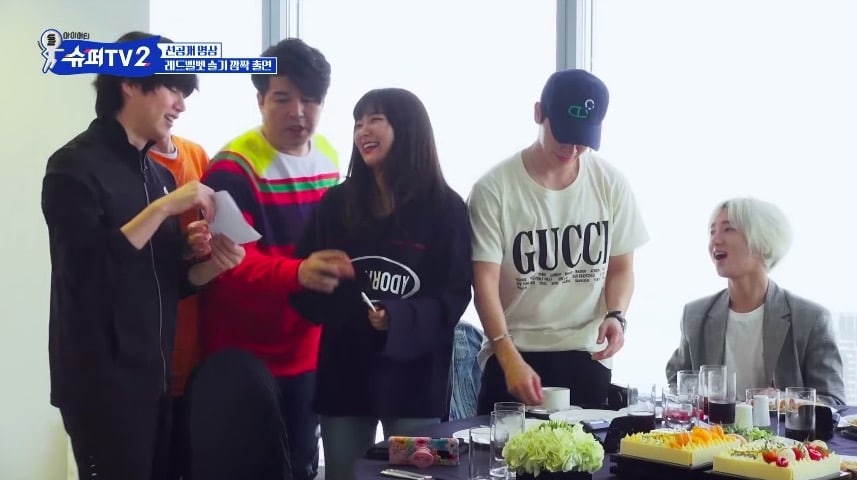 This episode of “Super TV 2” including Red Velvet as guests will air on August 9 at 8 p.m. KST on xtvN.

Red Velvet
Super Junior
Super TV 2
How does this article make you feel?