During the episode, Ha Sung Woon was the first to spot an alligator in the river as they traveled in a boat in the dark. He yelled to let everyone know about the danger, but they couldn’t see it. He insisted it was in the water, and later on, the alligator became visible to everyone else. 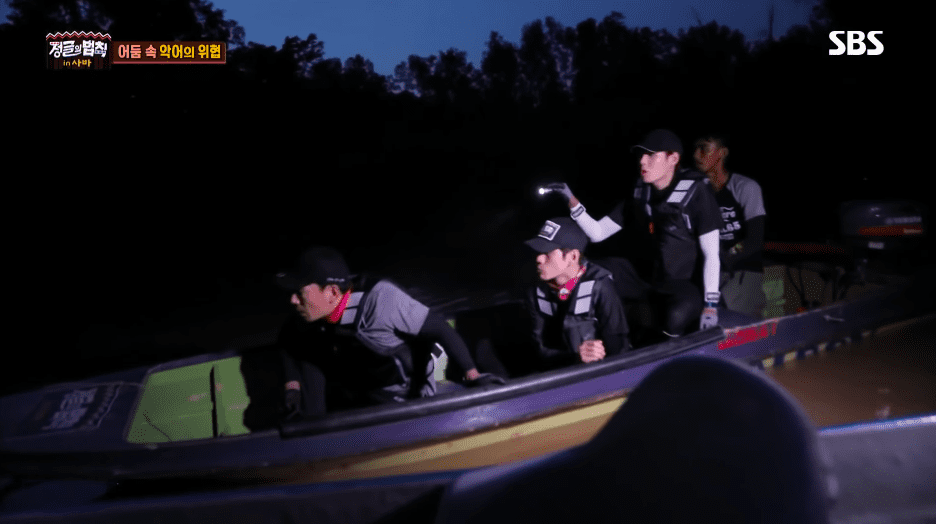 While the group later tried to make a fire at their camp, Tony An tried hard but eventually gave up on the task. When Ha Sung Woon gave it a shot and was quickly able to make sparks, Tony An yelled and the others gathered around to try to help. “You’re good at that!” said Tony An. 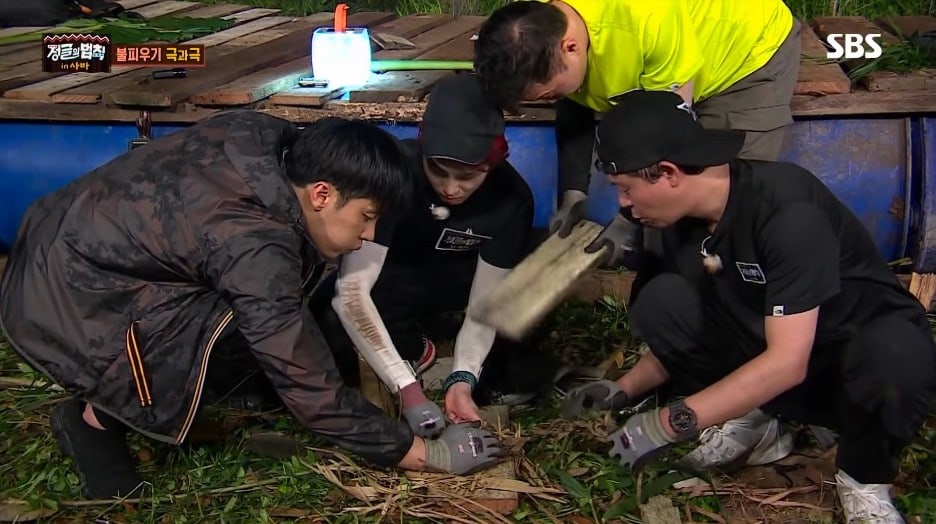 It wasn’t long before the fire was going, and Kim Byung Man looked on in approval.

“I was really proud of myself to be able to light a fire in the jungle,” said Ha Sung Woon in his interview. “Law of the Jungle” announced through a caption that he was the fastest idol on the show to accomplish the critical task. 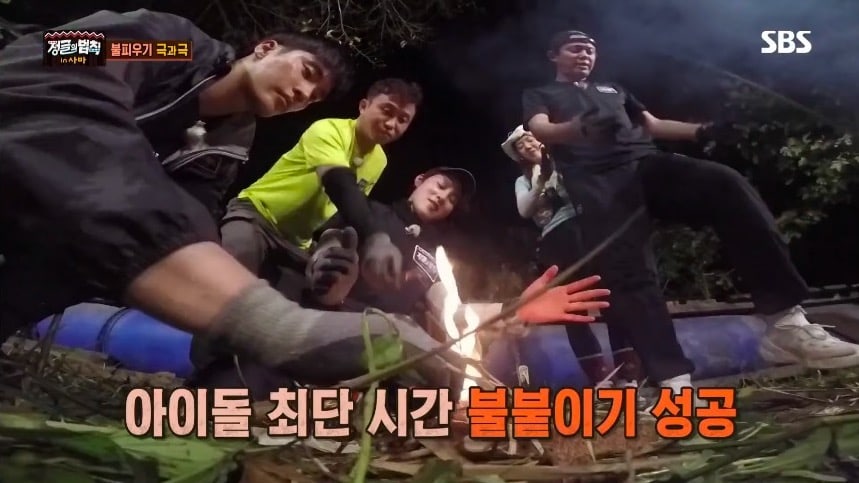 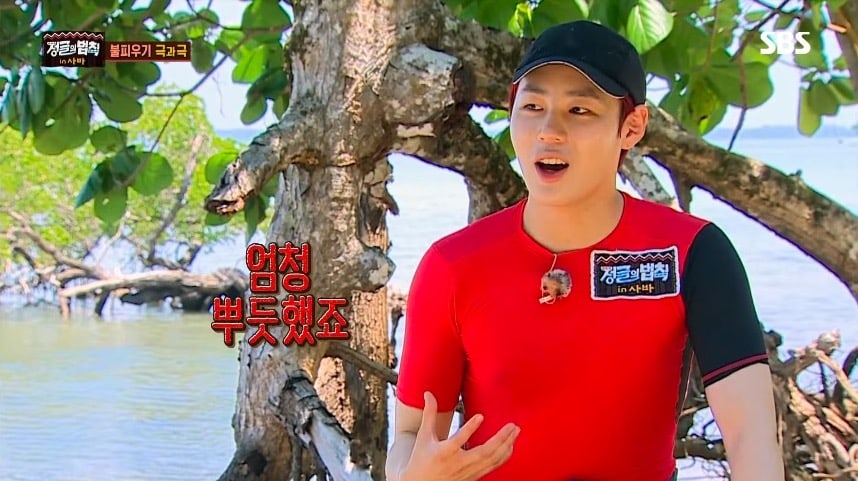 Ong Seong Woo also earned praise from the hungry cast for his awesome skills when he roasted a fish to perfection! 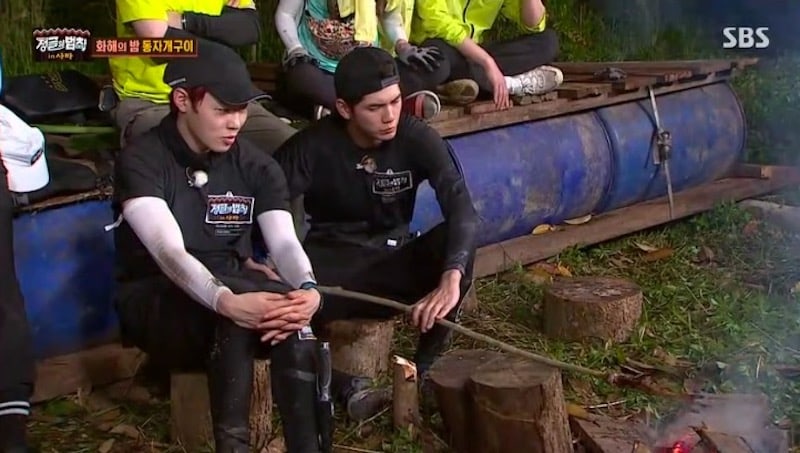 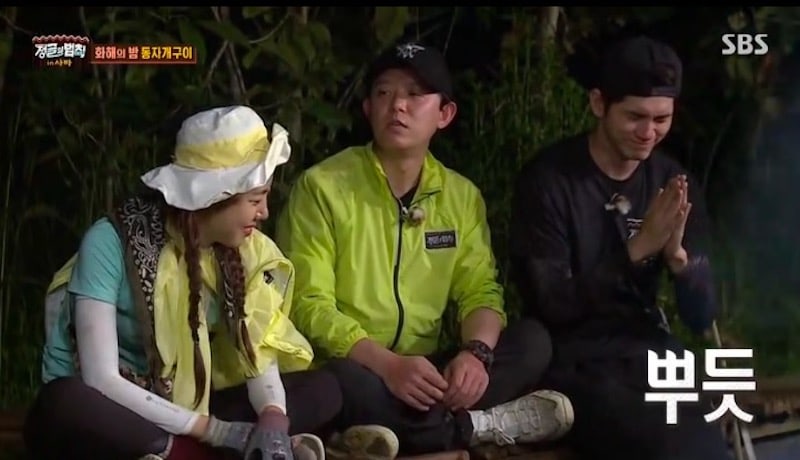 Check out “Law of the Jungle” below.