Kang Hong Seok recently sat down in an interview, where he talked about what it was like working on “What’s Wrong with Secretary Kim,” working with cast members such as Hwang Bo Ra, Park Seo Joon, Park Min Young, and more.

The actor appeared in the recently-concluded “What’s Wrong with Secretary Kim” as Lee Young Joon’s (Park Seo Joon) chief secretary Yang Cheol. Though he possessed an intimidating exterior, he was full of adorable sweetness that captured the hearts of women. Many loved his romance with the chief of Lee Young Joon’s department Bong Se Ra (played by Hwang Bo Ra) for its comedic, romantic moments.

Kang Hong Seok began the interview by revealing how he came to appear in the drama. He shared, “The company first gave me the offer to audition, so I read the script. In it, Yang Cheol felt like a reserved, simple chief secretary. I met with the producers, but it didn’t feel like I was auditioning. Rather, it felt like I had met some good people.” 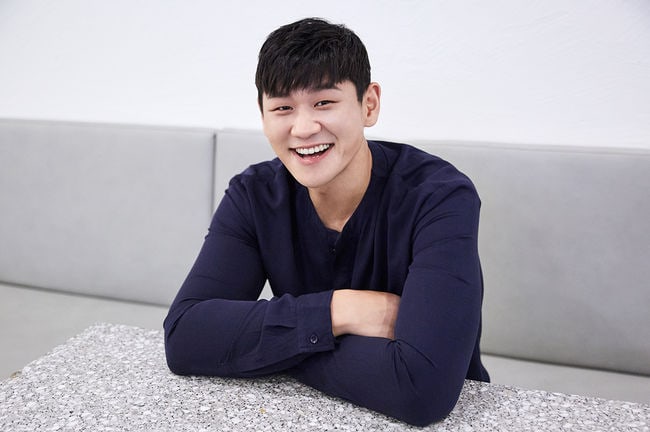 On his character’s development, he explained, “Even in the beginning when Yang Cheol didn’t do much, the director kept promising me, ‘There are going to be moments that show your strengths,’ and in the end, he even put in the scene of me singing. He fulfilled exactly what he said he would. This drama is one that I’m really thankful for.”

“The director was really like his nickname ‘god Joon Hwa,'” Kang Hong Seok commented. He laughed and added, “On set, he called me ‘prince.’ The director created the singing scene, but I was embarrassed because I personally felt I sang badly. The day before, we finished filming late, and since we had to film that scene the next morning, I couldn’t sing very well. I can sing better than that, so that was a bit regretful.”

Kang Hong Seok also talked about his romance with Hwang Bo Ra. The actor commented, “In the beginning, I didn’t even consider a romance with Hwang Bo Ra. The director told me, ‘Hong Seok, you’re actually pretty cute despite your appearance,’ and he actually made my character like that. He never guaranteed a love line, but he made it happen. I had always only played one-sided crushes, but since my on-screen partner looked at me with such love, it made me want to act even more.”

He praised the actress’s personality in real life and shared, “Hwang Bo Ra is a really great person. We had a great ping pong-like chemistry where we bounced back and forth. She looks chic on the outside, but she’s very warm. This was my first time acting romantic on television, and I’m very thankful that she was my partner. She really took care of me. These days, she jokes around and says, ‘You have to treat me,’ and ‘It would be good if we could shoot a commercial together.’ I want to make her wish come true.” He laughed and added, “I hope some [commercial deals] come in.” 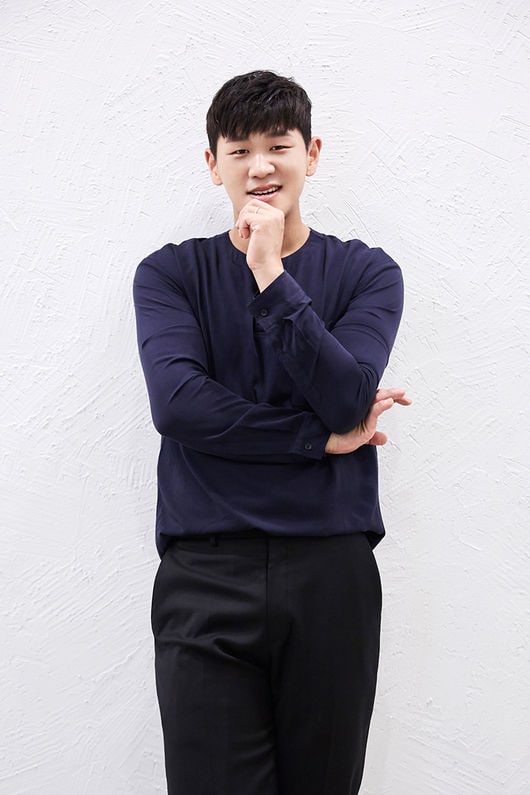 Kang Hong Seok also talked about what it was like working with his other co-stars, Park Seo Joon and Park Min Young. The actor explained, “Even though he must have been tired while filming, [Park Seo Joon] was always smiling and bright. I think he probably didn’t sleep for more than two hours. As a colleague, I thought he was an amazing actor.”

He continued, “Park Min Young wasn’t picky at all, and is an easy-going actor. I was so happy to have worked with both of them.”

Kang Hong Seok shared what the drama meant to him as well, saying, “‘What’s Wrong with Secretary Kim’ is probably my first really important drama on television. Before, my fans told me that my most memorable characters were Lola from the musical ‘Kinky Boots’ or Ryuk from ‘Death Note’ [the musical]. Now, I’m able to put Yang Cheol up there with those characters. Like those works, I think ‘What’s Wrong with Secretary Kim’ will be one that I’ll remember for a long time.” 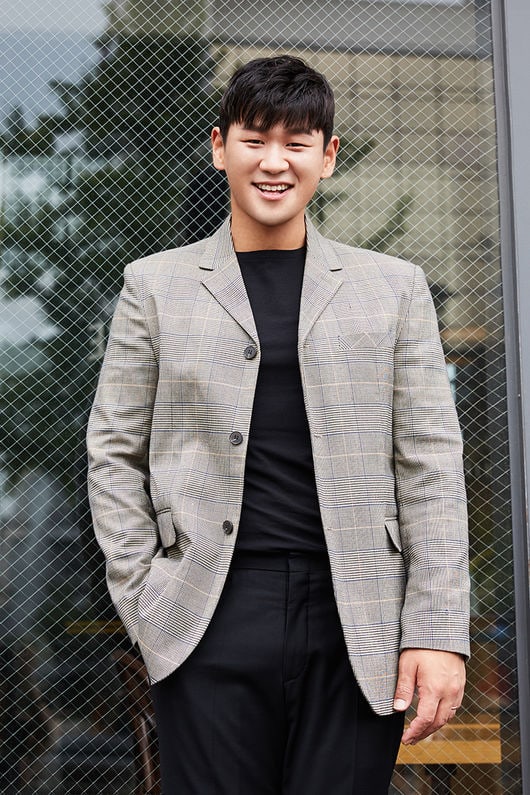 When asked what kind of actor he wanted to be, he answered, “I’m kind of a jack-of-all-trades. I sing, dance, act, and like various sports. I work hard to make sure I can make use of different areas. My agency also seems to think, ‘Wherever we send Kang Hong Seok, he will be decent.’ I think that’s what’s attractive about me. My goal is to really bring that strength alive and approach the public in a more friendly way. So I want to do everything, from musicals to dramas, films, variety shows, and more. I don’t know what I want yet, so I want to try everything and find out.”

Kang Hong Seok concluded the interview by saying, “Thank you to the fans who enjoy my performances, and people who found out about me through ‘What’s Wrong with Secretary Kim.’ I received a lot of strength when you all passed by me on the street and recognized me. I will work hard to show a better side to myself through more diverse work. If I had one wish, it would be to do one musical, one drama, and one film every year.”

If you haven’t already, watch the first episode “What’s Wrong with Secretary Kim” below!