The upcoming episode that will air on August 5 will feature guest appearances by all six members of Shinhwa. Anticipation is high already as Shinhwa is known for their variety skills and their collaboration with the show’s cast will be one to watch for. Interestingly, the average age of both Shinhwa and the “2 Days & 1 Night” cast is the same (39 years) and both groups said they’re willing to lay it all down to bring the laughs.

Shinhwa’s entrance was enough to tease a hilarious episode as the cast members donned outfits made of golden vinyl and the members of Shinhwa were given the show’s signature Kkanari-cano (coffee mixed with sand eel sauce). They were completely caught off-guard by the taste of their drinks and they took several steps back as they shouted, “Why does the coffee taste like this? Is it just me?” 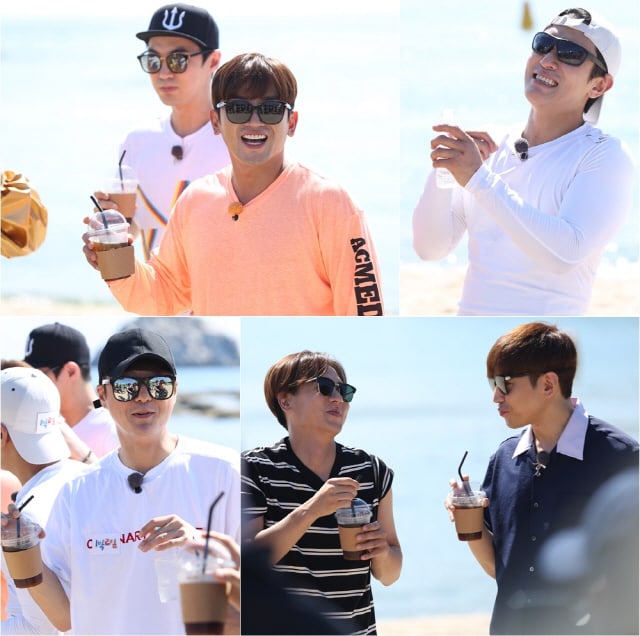 The production staff stated, “The collaboration between Shinhwa and ‘2 Days & 1 Night’ is set to bring big laughs for viewers and help overcome the extreme heat wave. Please tune in to see the two groups go head to head for a legendary battle.”