“Lovely Horribly” will be the follow-up drama to “Are You Human, Too?” and is set to be a horror romantic comedy between a top star and a drama scriptwriter. Philip (Park Shi Hoo) and Eul Soon (Song Ji Hyo) are tied together by a zero-sum rule in which one person’s happiness leads to the other person’s misfortune.

Eunjung will be taking on the role of top star Shin Yoon Ah, Philip’s girlfriend. She is an actress who is loved by everyone for her bright and lovely charms that can’t be replicated. However, behind her beautiful smile is a strong possessiveness and jealousy over Philip. Her life starts to become complicated when Oh Eul Soon enters it. 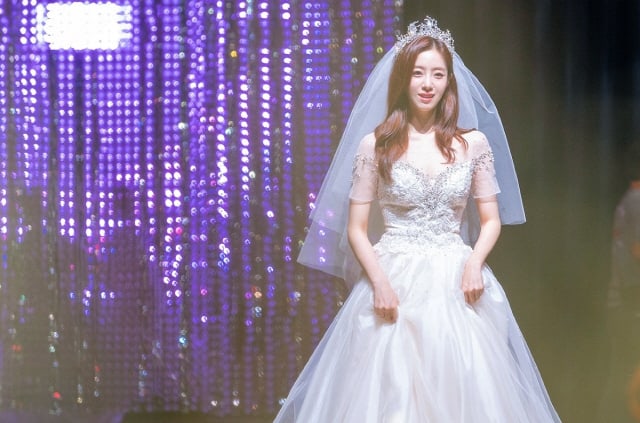 The new stills show Eunjung wearing a beautiful dress as she walks down a runway and poses. Her smile shines as much as the dress and perfectly encapsulates the aura of Shin Yoon Ah, one of the biggest stars of the industry.

The production staff of “Lovely Horribly” stated, “Eunjung has been perfecting the role of Yoon Ah, who has an unexpected side to her. Her character will play an important role in ramping up the tension in the drama. Though she may appear frail, she has a chilling side to her that will showcase Eunjung’s transformation and growth as an actress, so please anticipate it.”

Eunjung
T-ara
Lovely Horribly
How does this article make you feel?