The cast of tvN’s “Amazing Saturday” just couldn’t get enough of TWICE’s Sana and Momo! The two twice members made a guest appearance on the tvN variety show and were met with excitement from the cast members.

Sana and Momo explained that while they were in the waiting room, they had practiced for the show by trying to write down lyrics after listening to a song. They talked about how difficult it had been for them, and the male cast members offered to help them out during the show. 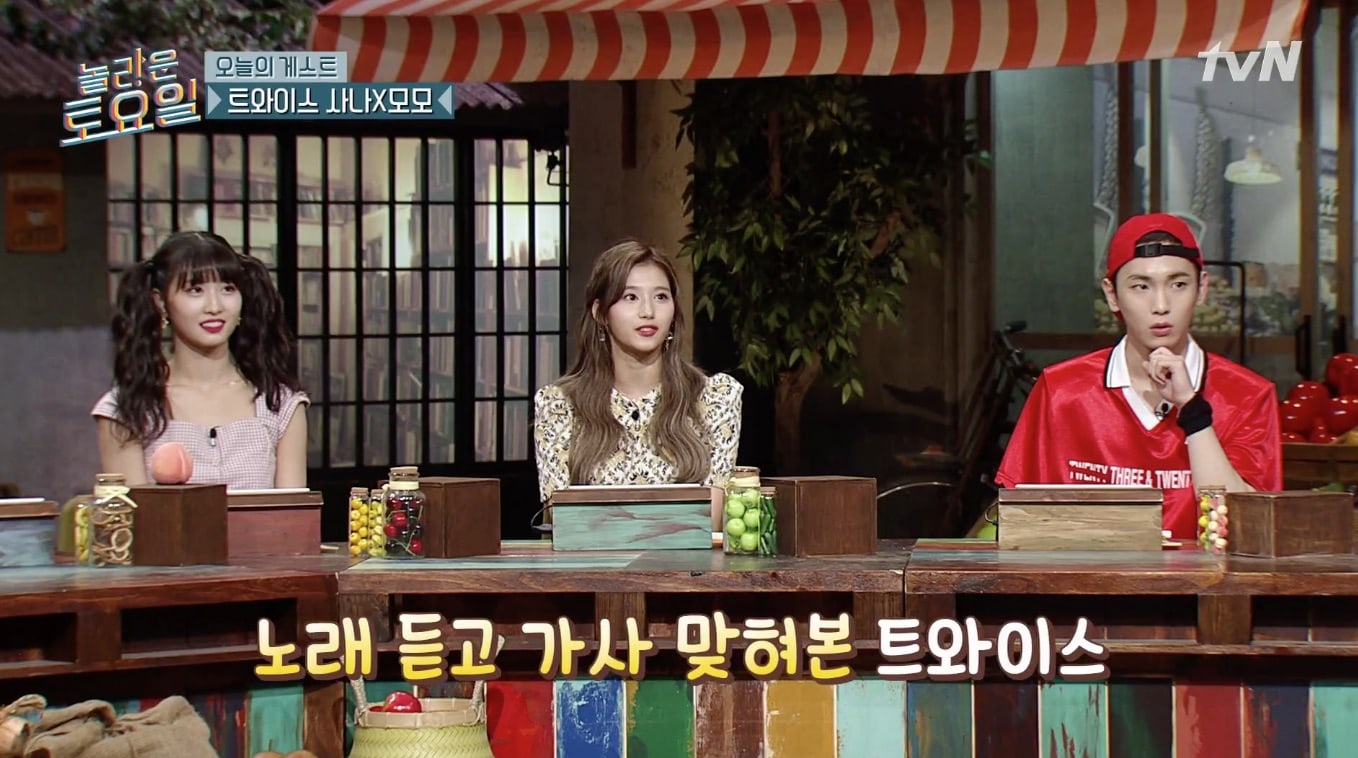 Boom suggested that Sana do aegyo for SHINee’s Key to encourage him to help her during the show, and Key’s face reddened as he was shy to be the center of Sana’s attention. As Sana prepared her well-known “Shy, shy, shy” aegyo, Key had everyone laughing when he quickly whipped out his phone so he could record the moment and keep it forever. 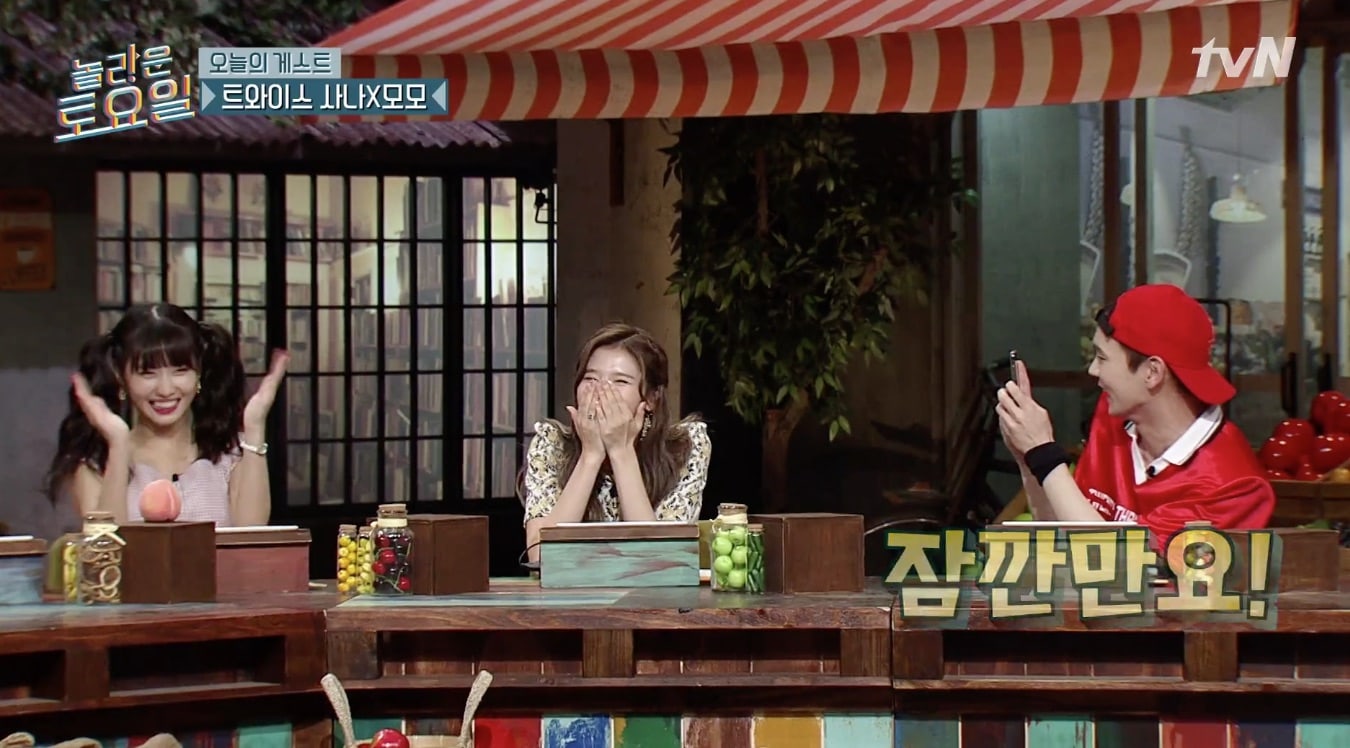 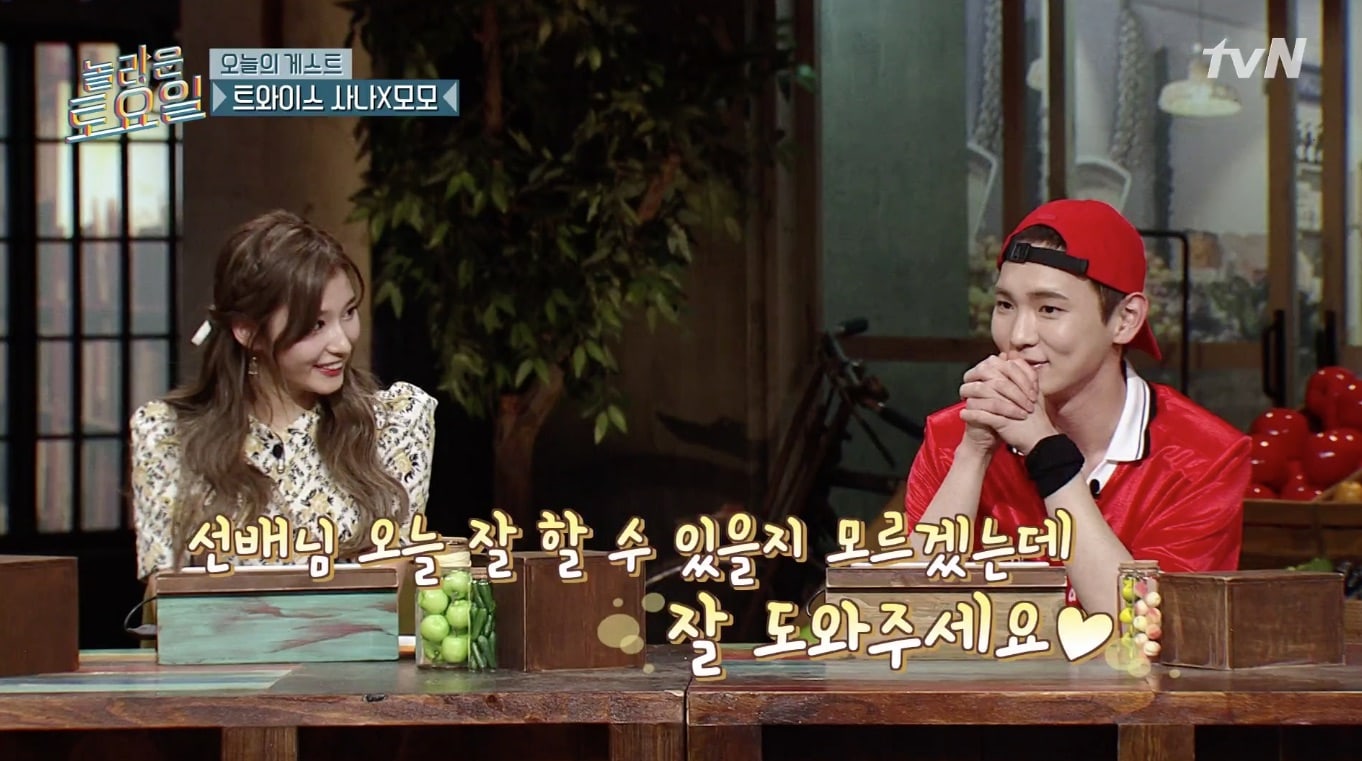 It wasn’t just the male cast members who were enthralled by the two TWICE members as Girl’s Day’s Hyeri shared a story of a gift she had received from Sana. Stating that it had been her birthday recently, Hyeri revealed that Sana had sent her a video message on the day. She exclaimed that the video had been so cute that she had spent a whole day watching the video and thanked Sana for the sweet gift. 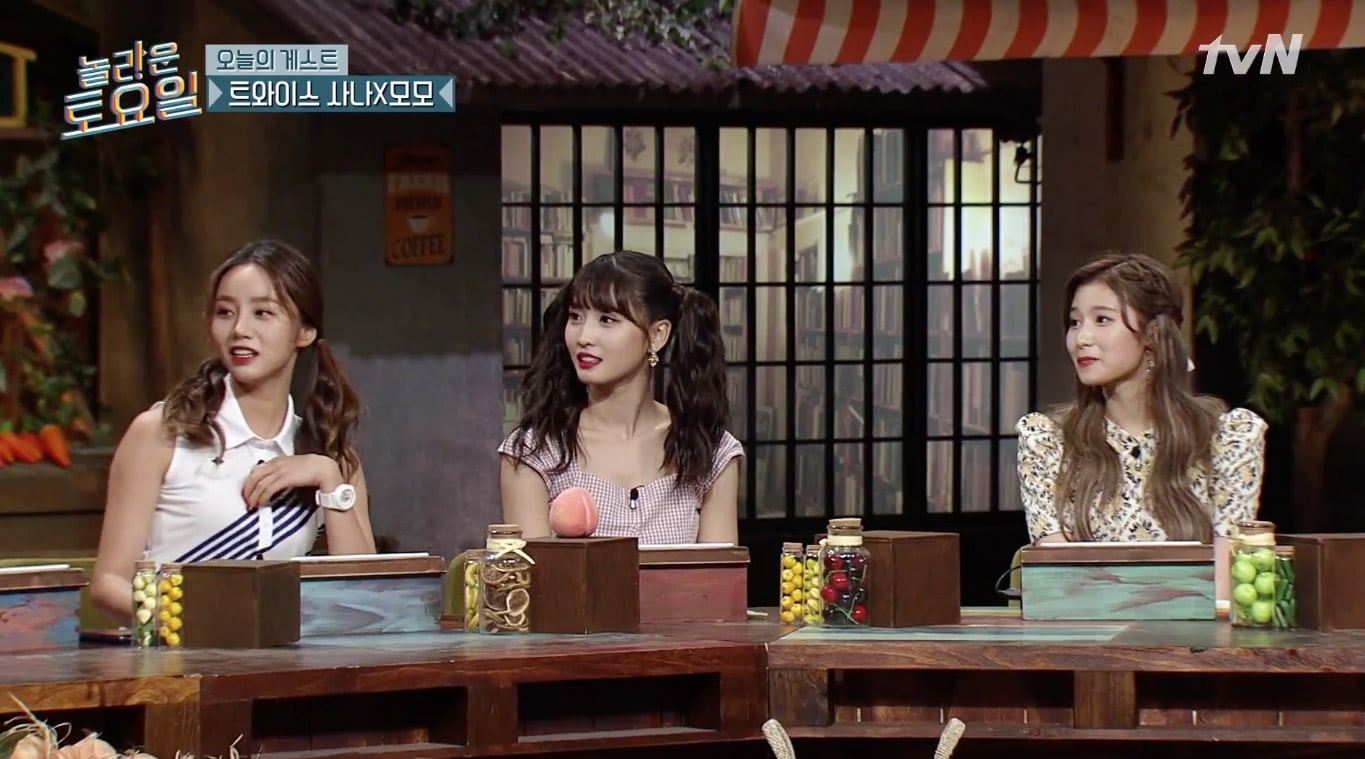 Sana and Momo then joined the cast as they attempted to write down lyrics for songs to various degrees of success. “Amazing Saturday” airs every Saturday at 7:40 p.m. KST on tvN.