Red Velvet’s Yeri shared stories about drinking on the latest episode of JTBC’s “Ask Us Anything.”

During the August 4 episode of the variety show, Yeri revealed, “I once got drunk after drinking non-alcoholic cocktails.” When the cast members reacted with amusement, she said, “I found it amazing too.”

She explained, “I recently went to Saipan to film a reality show with Han Chae Young. There, the staff gave us cocktails. I’m the type of person who drinks quickly when drinking alcohol, so I drank a lot, because the cocktails were really delicious and the color was so pretty. Soon, my face got red, and I started slurring my words, so I thought I was drunk. Later, I found out that there hadn’t been any alcohol [in the drinks].”

Super Junior’s Kim Heechul commented, “I bet the staff was more surprised than you were.” Lee Sang Min asked, “So what happened when you heard that [the cocktails] didn’t contain any alcohol?” Yeri made everyone laugh by replying, “I suddenly came to my senses and started speaking clearly. My face also returned to its usual color.” 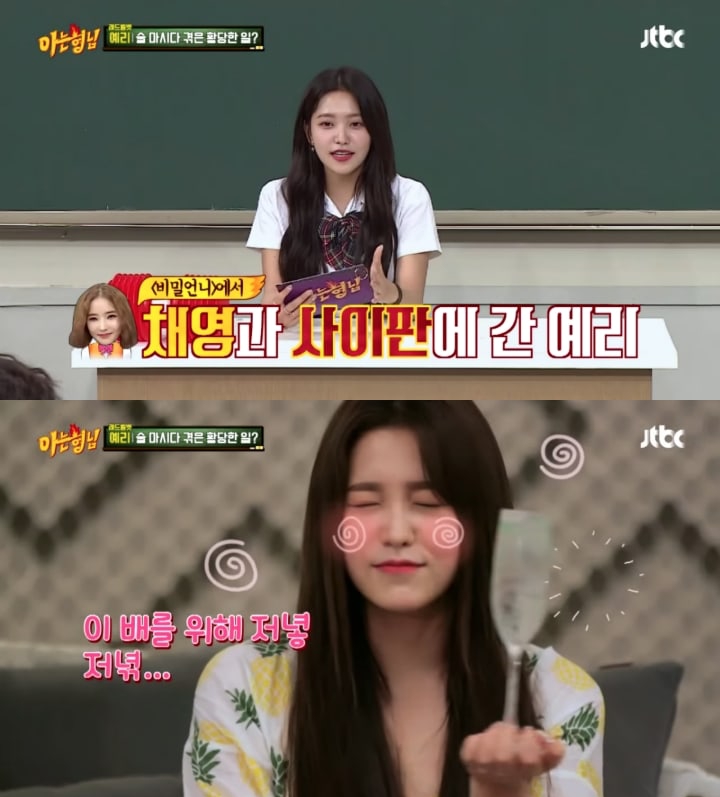 Yeri then talked about how she enjoys drinking with fellow member Seulgi, explaining that they’re the two members of Red Velvet who drink the most. Seulgi remarked, “These days, I really enjoy drinking a can of beer. I like having a drink after my schedule is over, so Yeri and I had chicken and beer together, and it was really nice.”

Yeri added that they had gone to the Han River really late at night to enjoy their chicken and beer, but hadn’t been recognized because the only other people there at that time were couples who were busy kissing.

When Kim Heechul asked her about how she began drinking, Yeri answered, “I drank a lot by myself.” Lee Soo Geun asked Yeri if she had bought drinks from the convenience store and started drinking out of curiosity, and she replied yes.

She added, “When I go overseas, I drink alone in my hotel room late at night if I don’t have anything to do.” 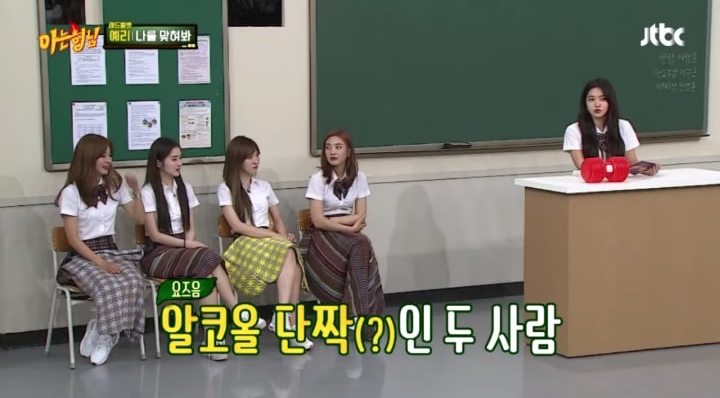 Red Velvet
Yeri
Ask Us Anything
How does this article make you feel?