“Your Honor” has released new behind-the-scenes stills showing Yoon Shi Yoon goofing off and keeping the atmosphere light on set.

SBS’s Wednesday-Thursday drama “Your Honor” has been praised for its refreshing but meaningful story and the chemistry between the various characters. Leading the drama is Yoon Shi Yoon, who plays two characters Han Kang Ho and Han Su Ho.

The new photos show Yoon Shi Yoon sitting in his office, the place his character spends most of his time. His eyes are full of mischief as he makes silly expressions at the camera and jokes around. The photos are enough to know that Yoon Shi Yoon keeps the mood on set light with his bright personality. 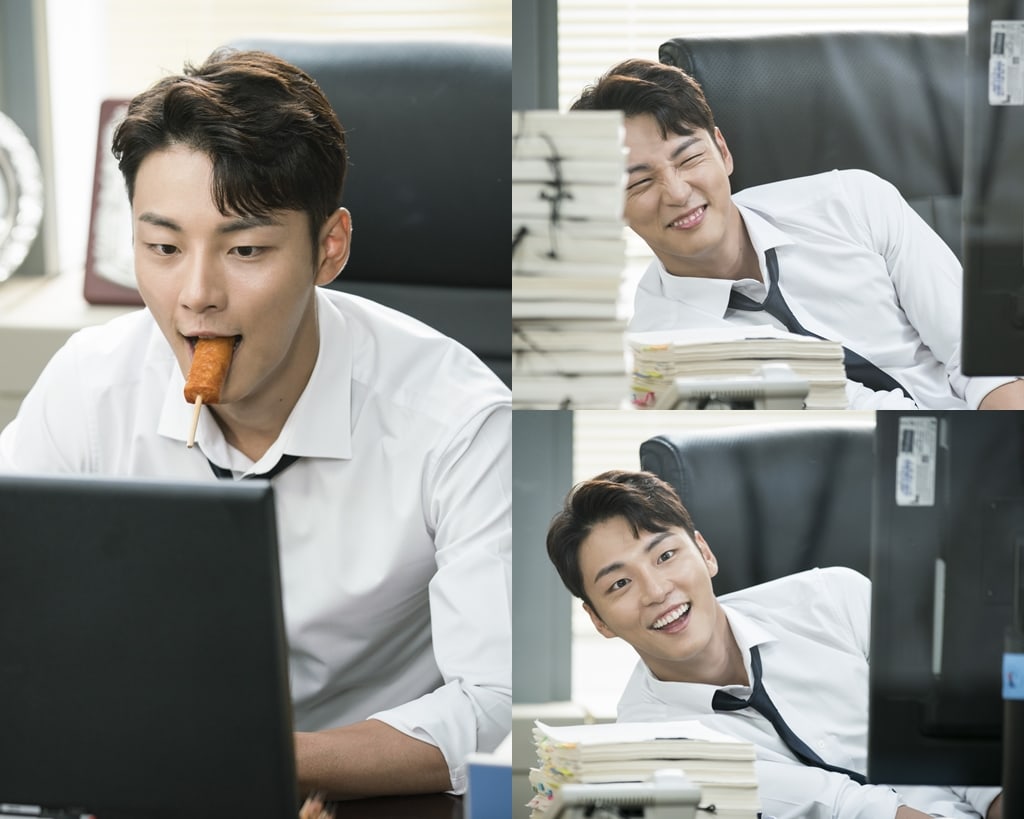 The production staff stated, “Yoon Shi Yoon is a mood booster and thanks to him, the set is always full of laughter and he makes the experience more fun for the cast and crew. Though he has a lot of scenes to film as he plays two different characters, he never shows any fatigue and is always respectful of others, and for that we are very grateful.

They went on to say, “Yoon Shi Yoon has also showed a deep level of affection for the drama, always thinking about his characters and discussing his acting with others. With him in the center, the cast and crew of ‘Your Honor’ has banded together with teamwork and laughter. Please anticipate what’s to come.”

“Your Honor” airs every Wednesday and Thursday at 10 p.m. KST and is also available on Viki. Check out the latest episode below!