The chief producer (CP) of tvN’s “Amazing Saturday” had nothing but praise for TWICE’s Momo and Sana after their recent appearance. 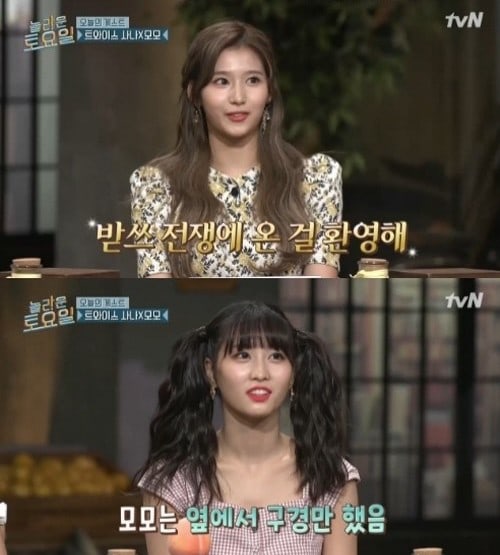 CP Park Sung Jae stated, “Sana and Momo had just come from a music show taping, but they didn’t show a hint of fatigue and did their best throughout the show, bringing more laughter to the show. Most of the cast members were surprised at how well the two TWICE members wrote in Korean and how high their understanding of the Korean language was despite being Japanese [and Korean not being their first language].”

He went on to say, “Cast members like SHINee’s Key, Girl’s Day’s Hyeri, and rapper Hanhae welcomed the TWICE members very warmly as industry seniors and as fans of the popular girl group. Thanks to this, Sana and Momo were very relaxed throughout the taping of the show. Shin Dong Yup shared that his daughter is a big fan of TWICE, and Moon Se Yoon and Kim Dong Hyun also revealed that they are fans as well.” 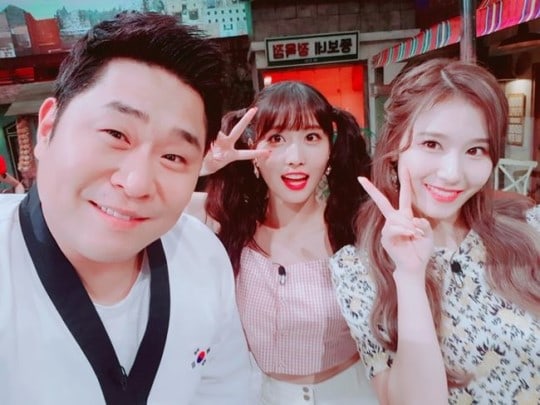 “Amazing Saturday” was able to hit its highest ratings for its target age bracket with TWICE’s help. The CP said, “Most of all, we are grateful to our viewers and we are grateful to the cast members for always doing their best. We really felt TWICE’s power through this [rise in ratings]. We really want to thank Sana and Momo.”

“Amazing Saturday” is a variety show in which cast members and guests try to guess the lyrics to songs. The show airs every Saturday at 7:40 p.m. KST.

TWICE
Sana
Momo
Amazing Saturday
How does this article make you feel?