Red Velvet Opens Up About Their 4th Anniversary, Upcoming Summer Album, And More

On August 5, Red Velvet held a press conference for their second solo concert “REDMARE” and opened up about their four years together, their upcoming album, and more.

Red Velvet is set to release their summer mini album “Summer Magic” on August 6 at 6 p.m. KST. Last year, Red Velvet earned the title of “Summer Queens” with their hit “Red Flavor,” and the girl group is ready to hold on to the title with their upcoming title track “Power Up.” 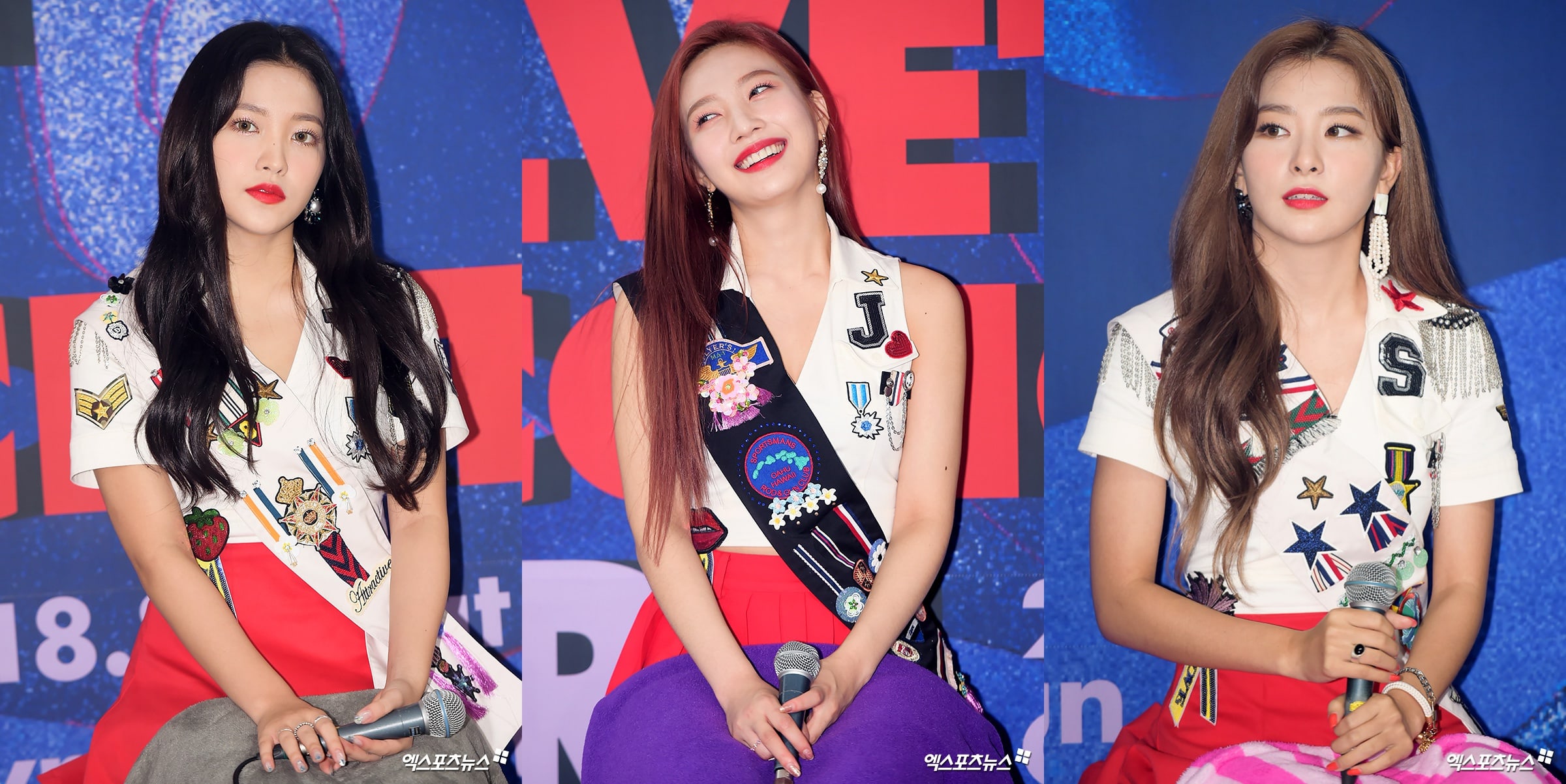 Wendy said, “There will be a total of seven tracks, including the English version of ‘Bad Boy,’ so please anticipate it. This is going to be our second summer album and we think it’s going to be even more refreshing than the last. We hope people will listen to Red Velvet to overcome the summer heat.” When asked if they feel any pressure about releasing a new summer song after “Red Flavor” was such a hit, Joy replied, “I really like our ‘Red Flavor’ album, and it’s true that we do feel a sense of pressure. But we were told that our version of ‘Power Up’ sounds much more powerful than the demo, so though we do feel a sense of pressure, I can assure that ‘Power Up’ is going to be a good song.”

Seulgi went on to reveal an interesting fact about the lyrics to “Power Up.” She said, “Some of the lyrics are actually words that Lee Soo Man shared with us during our workshop. We wanted to sing about playing hard, but also approaching work with a positive and happy mindset as well. We’re happy to have created a unique album.” Yeri added, “The song feels like something you might hear in a game of Tetris, and I think it’s a good song to listen to in the summer.” 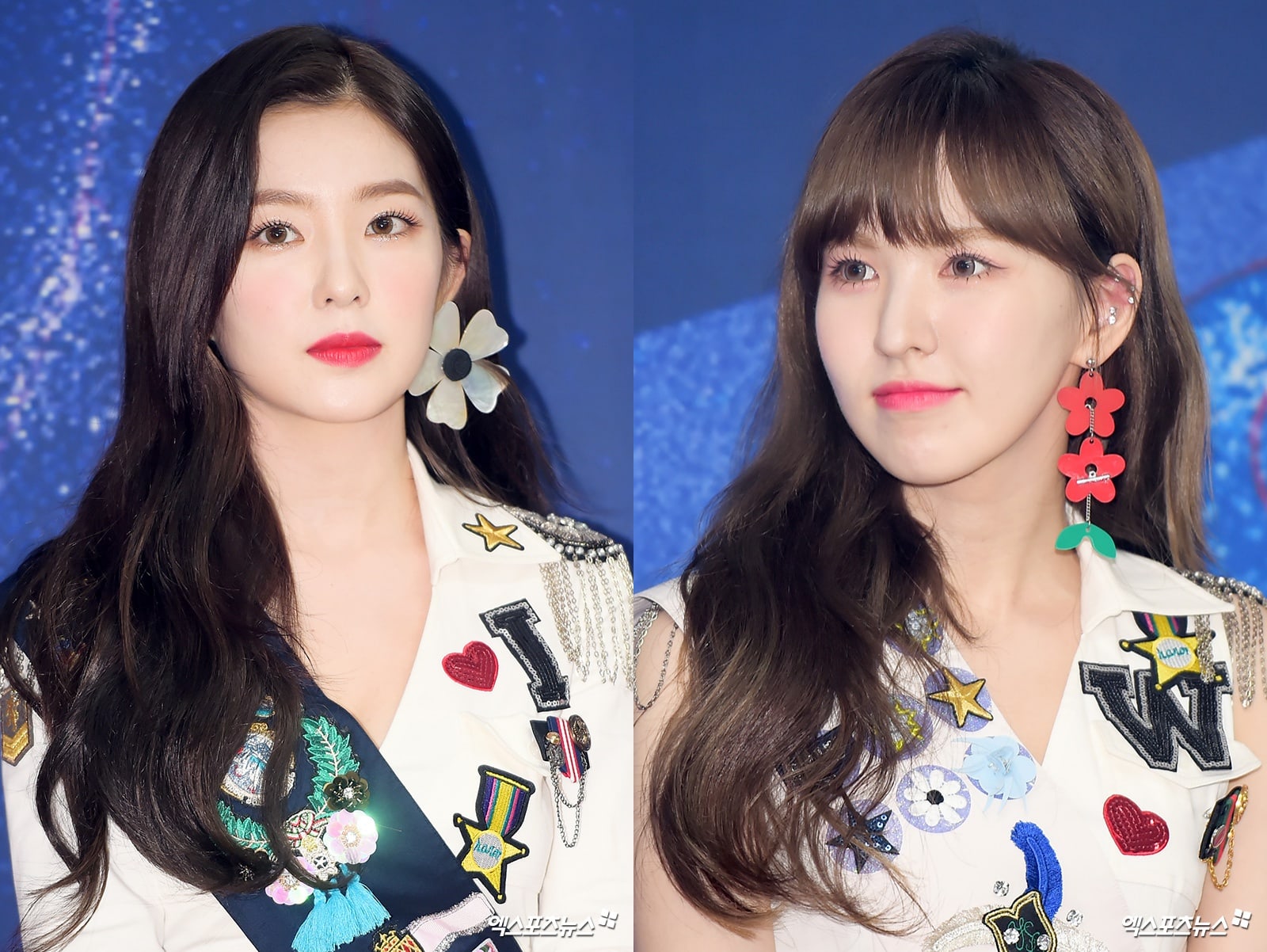 Red Velvet recently celebrated their fourth debut anniversary on August 1. Irene remarked, “Time goes by so fast. We are always performing with gratitude in our hearts because we know that we are able to perform and hold concerts like this thanks to all the people who love us and have waited for us. Thank you for four years, everyone.”

“REDMARE” is Red Velvet’s second solo concert and tickets were sold out for both regular seats and seats with obstructed views. When asked how they reacted to hearing that their concert was sold out, Seulgi repleid, “It came with a sense of responsibility. It made us think harder about what we can do on stage for our fans, and as long as we have fun like the lyrics in ‘Power Up,’ I think many people will leave the venue feeling satisfied.” Yeri also stated, “All of the members think of it as an honor to be able to hold concerts, and we worked even harder when we heard the concert was sold out. We really want to tell our fans, thank you.”

Wendy concluded by stating, “Our concert venue has gotten a little bigger than last year. That means we were able to perform for more people and energize more people. We will continue to work hard and bring more energy to more people.”

After wrapping up their “REDMARE” concerts on August 5, Red Velvet will release their new summer mini album on August 6 at 6 p.m. KST.