On the latest episode of MBC’s “The King of Mask Singer,” the contestant “Young Shim” was revealed to be a popular member of a girl group!

During the August 5 broadcast of the singing competition, masked singers “Harney” and “Young Shim” competed against each other in the first round. The two contestants sang a duet to Younha’s “Password 486,” and the audience voted on which one of them should move onto the second round.

“Harney” won the first round with 62 votes, and “Young Shim” remained on stage to perform her second song. While singing Taeyeon’s “I’m OK,” “Young Shim” removed her mask.

The identity of “Young Shim” was revealed to be Weki Meki’s Kim Doyeon! 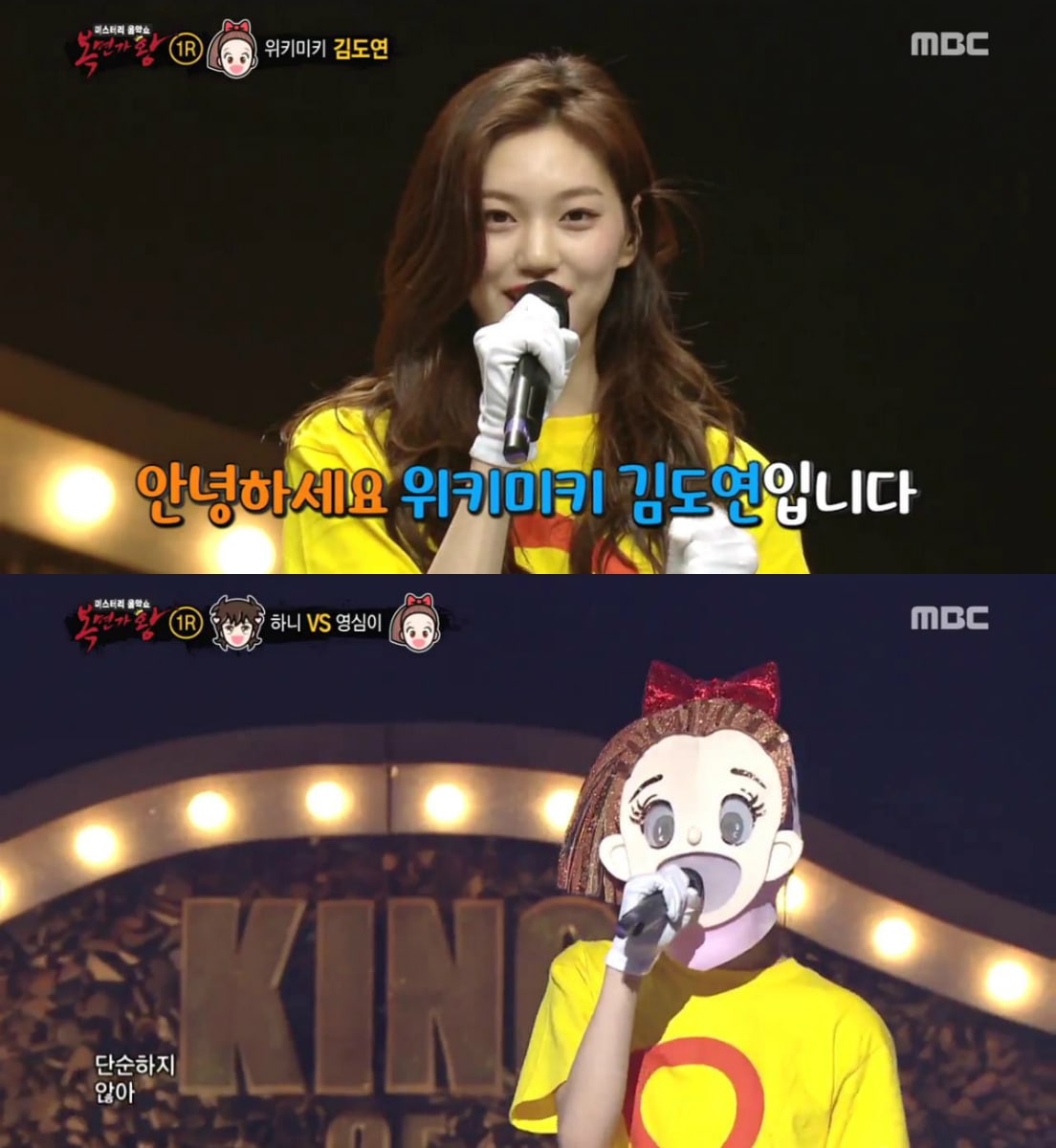 Kim Doyeon commented, “Since there are many members in both I.O.I and Weki Meki, there hasn’t been an opportunity for people to hear my voice in its entirety, and so there are people who think that I can’t sing. I wanted to show you that I’m not that bad at singing.”

She added, “I want to show you that I’m continuing to improve. To be honest, I was really nervous. [The panelists] said so many nice things that I think their words will give me lots of strength during my future promotions. I really hope that when people talk about Kim Doyeon, they’ll say, ‘She’s also good at singing.'”

“The King of Mask Singer” airs on Sundays at 4:50 p.m. KST. Check out the clips of Kim Doyeon on the show below!

Watch the full episode of “The King of Mask Singer” now!

Weki Meki
Kim Doyeon
The King of Mask Singer
How does this article make you feel?