Want to know a secret? We can predict the future in any K-drama. Yes, including that one you just started watching, with the spunky female lead and her somewhat moody male counterpart, and the love triangle that is already starting to take shape with the handsome nice guy. Well, no, we can’t tell you exactly what your current drama has in store for the main characters; you’ll have to find out for yourself whether it will end in blissfully satisfying happiness or devastatingly bittersweet heartbreak. But there are some staple plot devices that are likely to happen in the course of any K-drama, and we bet the drama you’re watching right now has more than a few of these. Curious as to what you might see? Read on!

1. The shoulder nap on the bus

K-drama characters fall asleep on buses so often that we wonder what happens when their love interest isn’t there to make sure they wake up in time for their stop. Do they just ride buses around Seoul for hours in blissful slumber? Do they fall asleep on strangers? Regardless, if the character in your K-drama frequents public transit, you can reasonably expect that one of these scenes might crop up: 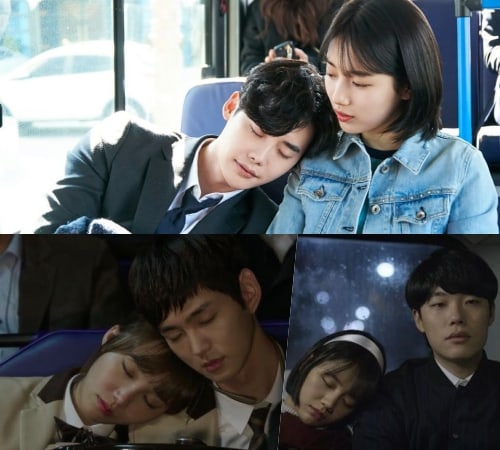 3. Surprise! They grew up together

The main couple are actually long-lost childhood best friends, or one of them saved the other’s life when they were younger, or they were actually each other’s first loves. Of course, you’ve known this all along, because the drama has been dropping hints since Episode 1, but the show will continue to play out this revelation as dramatically as if you had no clue who the oppa in all those flashbacks was. 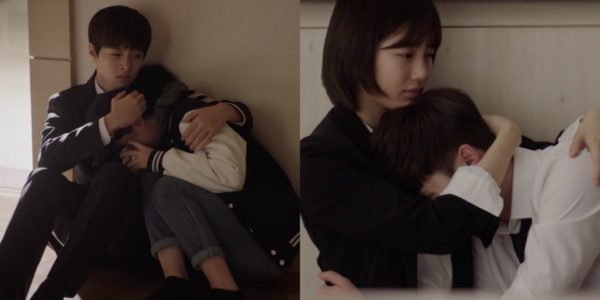 4. They need to move in together

And at least one party, if not both, is none too happy about it. But that will obviously change quickly, because nothing brews romance like two exceedingly attractive people being forced into cohabitation. 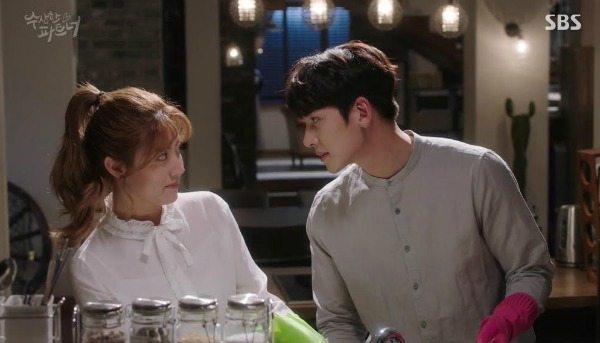 A K-drama couple has no chance of staying together if they don’t have at least one date at Subway. It’s just a fact. 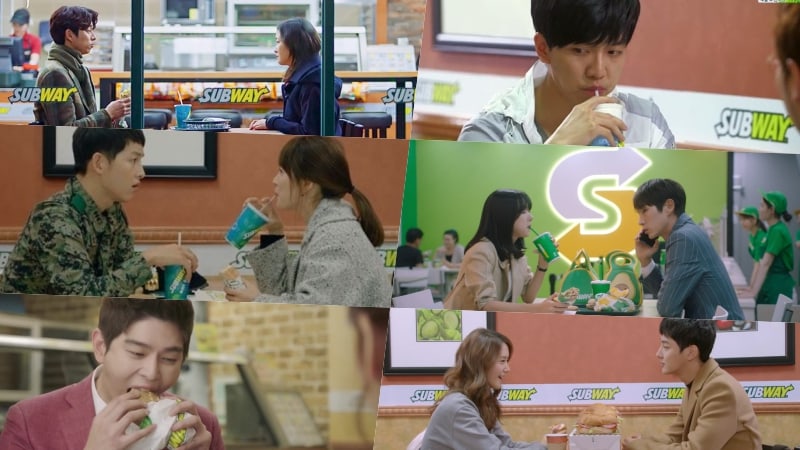 6. The Truck of Doom 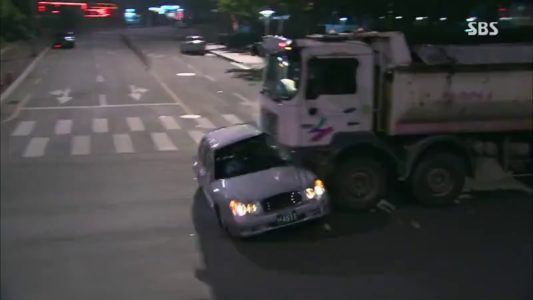 Sometimes we can tell this plot device is coming, and sometimes it hits us when we least expect it, like… well, like a giant 18-wheeler careening out of control down a Seoul highway and smashing into the one pedestrian or occupied vehicle on an otherwise empty road.

Sometimes — but not always — related to the aforementioned Truck of Doom, the hospital is the one place (besides Subway) to which you can be sure your K-drama characters will pay a visit. After all, how else are we supposed to know a couple’s true feelings until one party is crying over the other’s hospital bed, or until someone has taken a bullet, knife, or at the very least some punches for their beloved? 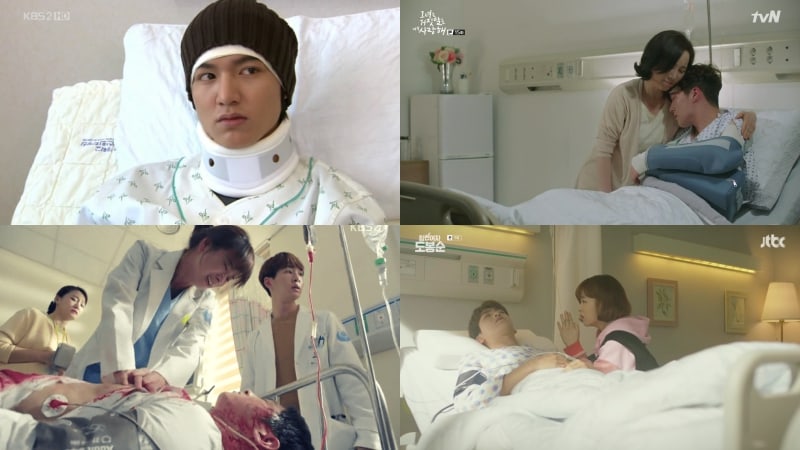 “Boys Over Flowers,” “The Liar and His Lover,” “Descendants of the Sun,” “Strong Woman Do Bong Soon”

If the female lead is tired, injured, or drunk off the bottle of soju that she downed while ranting to her friends about how frustratingly aloof the male lead is, said male lead is sure to swoop in to prove that he’s not so aloof that he’ll leave her to walk home! 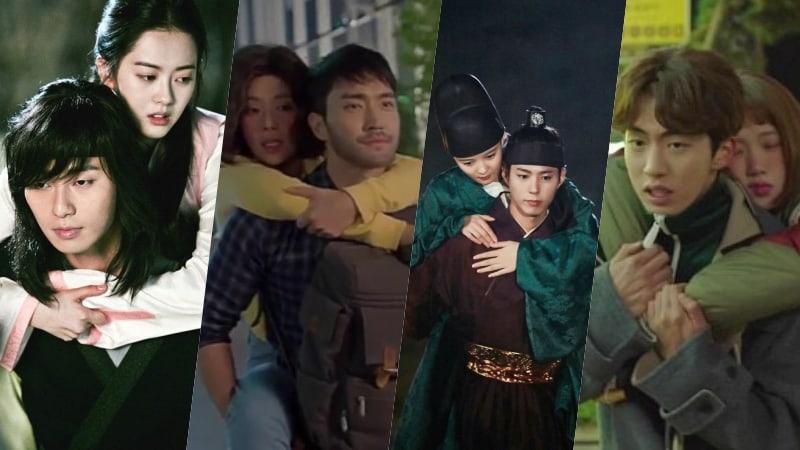 Perhaps one day we will be gifted with a K-drama that is entirely devoid of wrist grabs, awkward back hugs, and open-eyed kisses. But until that day comes, expect to cringe at at least one of these weird skinship moments in the drama you’re watching. 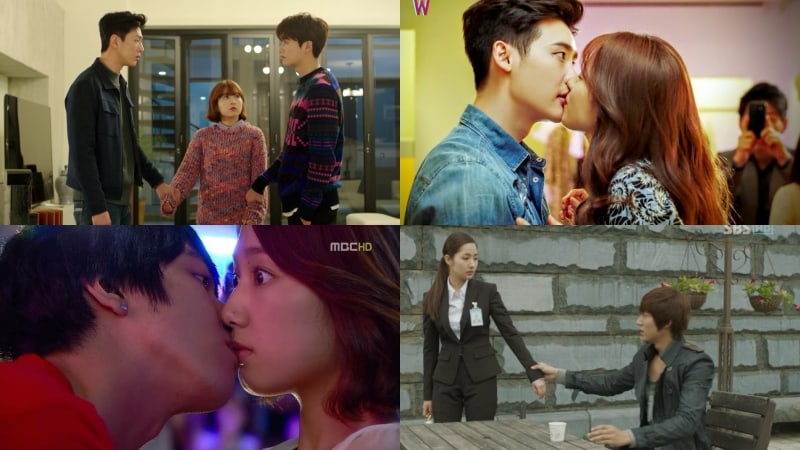 Because every K-drama couple needs to go through at least one breakup. Usually more. In fact, the more breakups, and the more obscure the reasoning behind them, the better.

At some point, you’ll find out about the main couple’s family secrets or sob stories, which at least should explain (but not excuse) the male lead’s attitude problems and/or fear of commitment. After all, every family has its quirks, right? 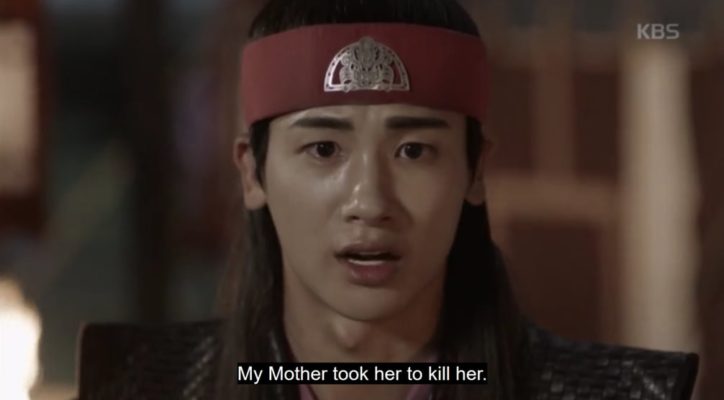 Are there only a few episodes left in your drama, and does it seem as though everything might turn out just fine for everyone? Sounds like the perfect time for some amnesia! There’s no feeling quite like the despair over just having spent hours watching a drama that even the main character now no longer remembers. Except maybe the frustration from the accompanying flashback montages that further drive home this point. 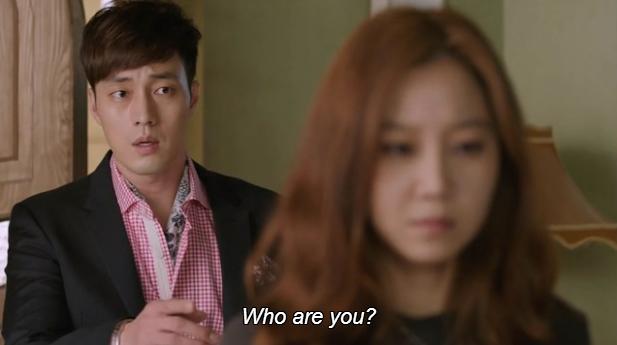 This one tends to sneak up on you, and it’s not until minutes before that you’ll begin to get the sinking feeling that the show is moving towards the dreaded time jump. Whether someone decides to go abroad for a couple of years, or dies and has to just casually be reincarnated and grow up to a suitable age again, the time jump is the best way to give lovers some time apart. If you’re lucky, they’ll grow and mature so they can have a more functional relationship in the future. Or they could just spend years brooding forlornly.

14. The male lead sees the light

Whether it was fear of commitment or downright coldheartedness, the male lead had a few wrinkles to iron out, but he finally became the good man that the leading lady knew he had inside him all along. Will they live happily ever after? Perhaps! But we didn’t say this list was in chronological order, and it’s never too late for the Truck of Doom to sneak in and ruin everything.

Have you encountered any of these K-drama clichés recently? Which do you love or hate? Let us know in the comments!

Master's Sun
Soompi Spotlight
Reply 1988
She Was Pretty
Descendants of the Sun
Hwarang
Love in the Moonlight
Boys Over Flowers
City Hunter
Heartstrings
W
Flower Boy Next Door
While You Were Sleeping
Heirs
Goblin
Weightlifting Fairy Kim Bok Joo
The Legend of the Blue Sea
Strong Woman Do Bong Soon
The King Loves
The Liar and His Lover
Suspicious Partner
Cheer Up (2015)
How does this article make you feel?