During the August 5 broadcast of the variety show, Kim Jong Kook and Yang Se Chan were tasked with recruiting a celebrity guest who was “eight heads tall” (a reference to the ideal body proportions used in classical figure drawing).

After some thought, Kim Jong Kook asked, “Should I contact Bo Gum?” Yang Se Chan excitedly urged him to call the actor, and Kim Jong Kook ended up making an impromptu phone call on the spot.

When Kim Jong Kook explained that they were looking for a celebrity who was eight heads tall, Park Bo Gum said with a laugh, “No, I don’t quite have those [proportions]!” The two “Running Man” members vehemently protested, saying, “Why are you being like this? You’re being too modest!” 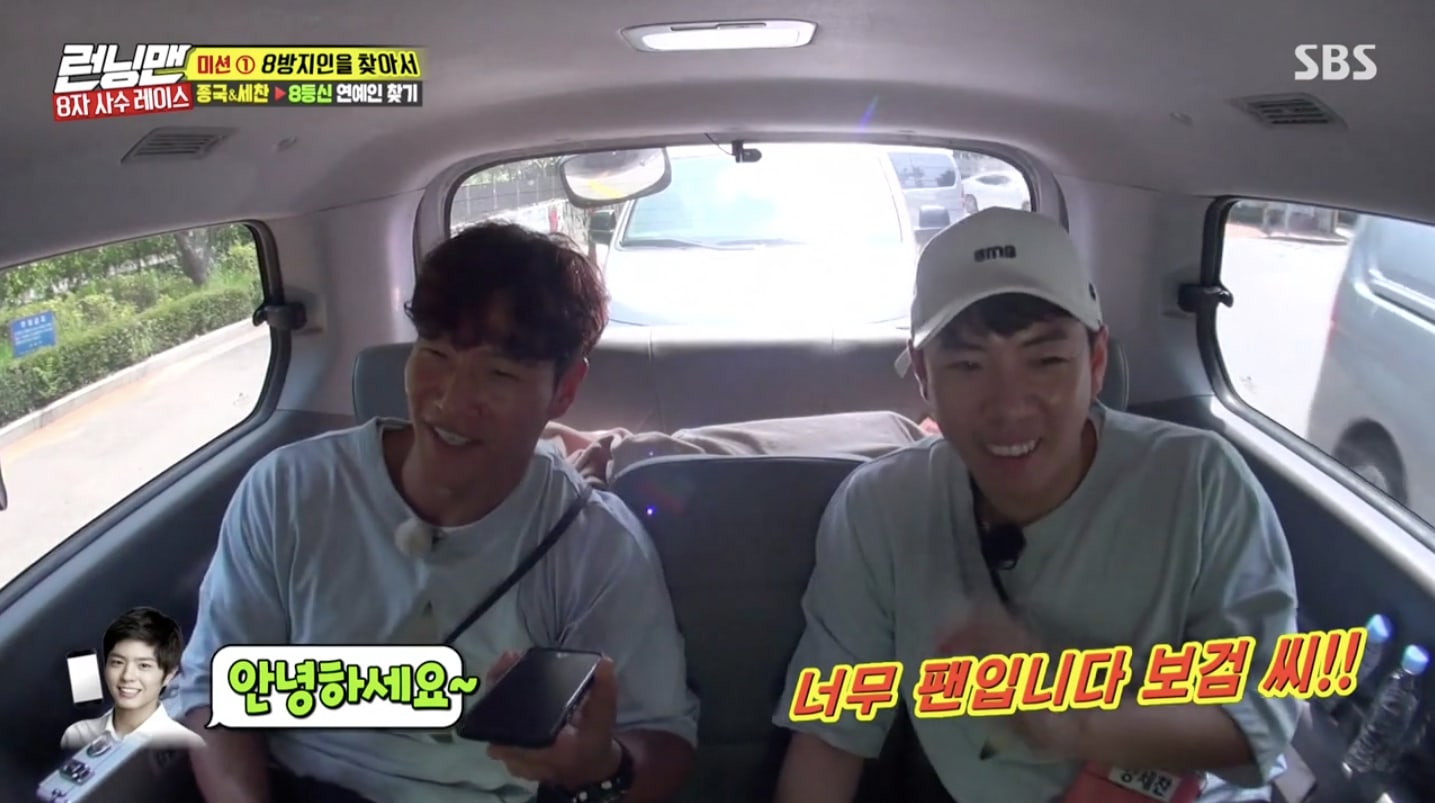 Park Bo Gum went on to reveal that he was on the way to his agency for a meeting and couldn’t meet up with them for that day’s shoot. Although the “Running Man” members expressed their disappointment, Kim Jong Kook said kindly, “Hope the meeting goes well, and at any rate, thanks for the phone call!”

The actor replied, “Not at all. It’s hot out, so take care of your health during the shoot!” Yang Se Chan exclaimed, “He’s kind, too!” Kim Jong Kook said his goodbyes and promised to contact him again soon, before playfully adding the compliment, “Also, you’re nine heads tall!”

You can also check out the full episode of “Running Man” here: