BIGBANG’s Seungri talked about his bandmates’ support and his mandatory military service at his first solo concert on Sunday.

On August 5, Seungri held his first-ever solo concert “The Great Seungri” at the Jangchung Gymnasium in Seoul. During the concert, he mentioned that the other BIGBANG members had sent him large congratulatory wreaths to commemorate the occasion.

Seungri happily shared, “They must be busy with military life, but they sent flower wreaths because their youngest member was holding a solo concert.”

He went on to reveal that Taeyang’s wife Min Hyo Rin had even written him a letter on her husband’s behalf, explaining, “[Min Hyo Rin] wrote out a letter based on a video message that Taeyang sent her.”

Seungri also mentioned that he missed his bandmates and their promotions as a full group. “I think I liked [promoting] with all five members better than working alone,” he said. 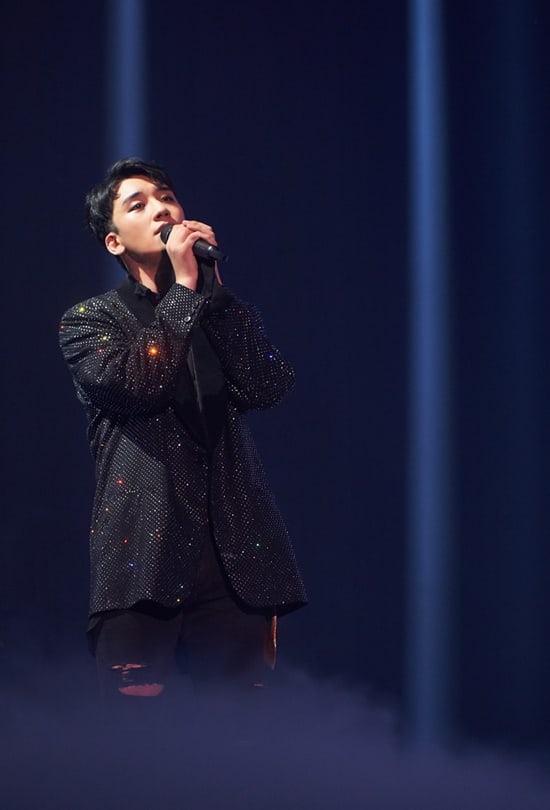 BIGBANG
Min Hyo Rin
Seungri
Taeyang
How does this article make you feel?