Kim Jung Hyun is quite daring and shows that he’s ready to do whatever it takes in “Time.”

“Time” is about Cheon Soo Ho (played by Kim Jung Hyun) who is swept up in a murder case, and then finds out he doesn’t have much time to live. After he finds out that Seol Ji Hyun’s (played by Seohyun) sister died because of an accident related to him, he decides to use his remaining days to help her.

Previously, Seol Ji Hyun approached Cheon Soo Ho and drunkenly told him she wanted to know the truth behind her sister’s death. He coldly refused and sent her away, but regretted it afterwards. Afterwards, he also showed a warmer side when she came to him asking for his help looking for security footage related to her sister’s death.

In released photos, Kim Jung Hyun earnestly searches for someone, as he knocks on doors, makes phone calls, and eventually breaks a window to enter the room. He is also seen dangerously walking on gas pipes to climb from window to window in a very tall building. 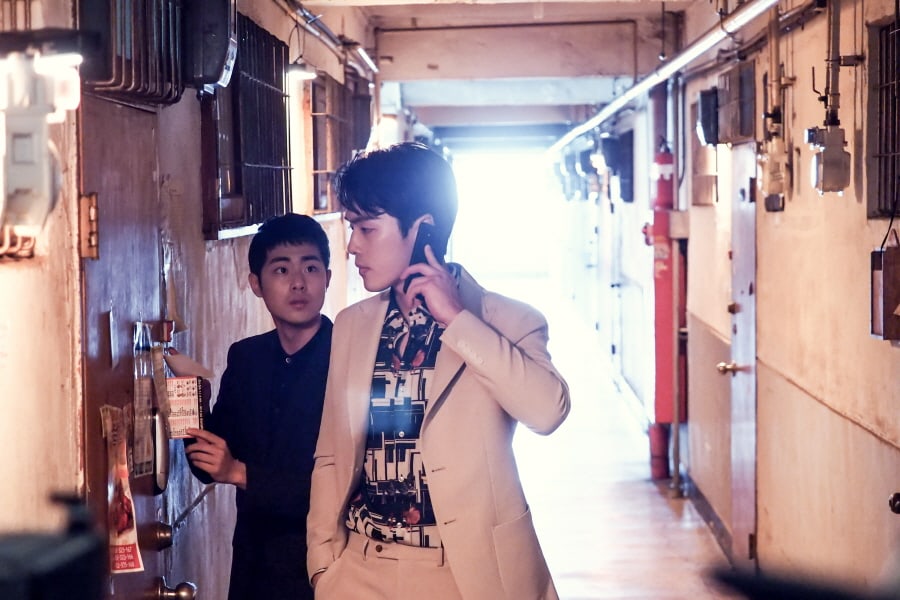 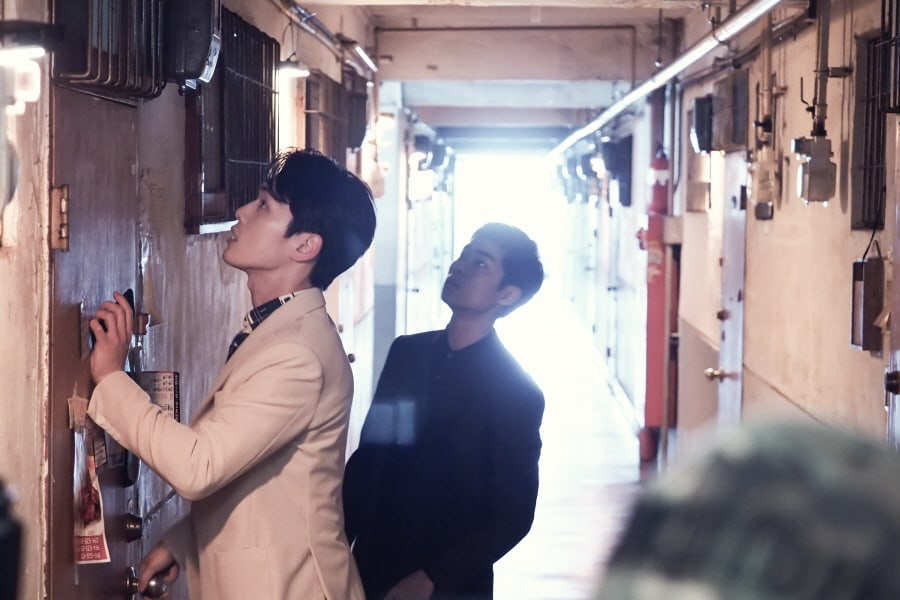 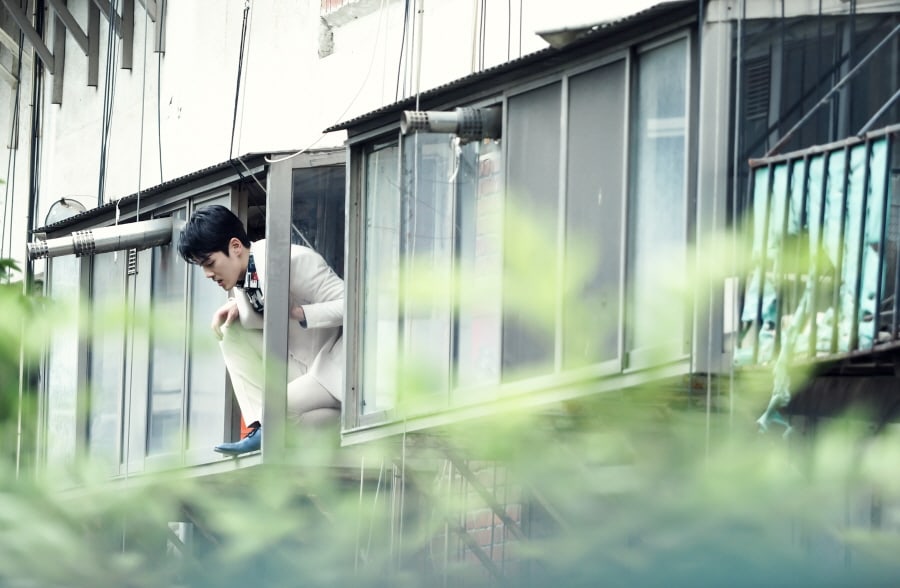 It was reported that the set was on high alert as the staff members ensured the safety of the actor as well as the camera director who was filming him high above the ground. Kim Jung Hyun and the director spoke about the filming before rehearsing the scene. Hanging from wires, Kim Jung Hyun worked hard with the camera director to make his jumping from window to window more realistic. He was able to safely, perfectly execute the scene, and even sat on the windowsill with a smile after the scene.

A source from the drama stated, “When Kim Jung Hyun goes into filming, he pours all his energy into acting. It feels like he makes everyone on the filming site absorbed into Cheon Soo Ho. Please give Kim Jung Hyun’s character Cheon Soo Ho a lot of interest and love.”