SBS drama “30 but 17,” which briefly came to a halt last week due to the tragic death of Kim Kyu Hyun, a young crew member, paid tribute at the end of the August 6 airing of the drama on behalf of the entire production team.

The “30 but 17” crew said, “SBS and the ’30 but 17’ production staff are praying for [Kim Kyu Hyun], and we offer our sincere condolences to his family and friends.

“His passion and energy brought life to the set, and that became a driving force for the creation of great works.

“Carrying on his work and legacy, we will work hard to bring the drama successfully to its end, and we will also continue to strive for improved production environments.

“May the late Kim Kyu Hyun rest in peace.”

Kim Kyu Hyun passed away at the young age of 30. He was found dead in his home on August 1, to what was later revealed as a cerebral hemorrhage. Though the cause of death was initially suspected to be difficult working conditions combined with the record-breaking heat wave in Korea, it was revealed to be most likely due to internal causes. 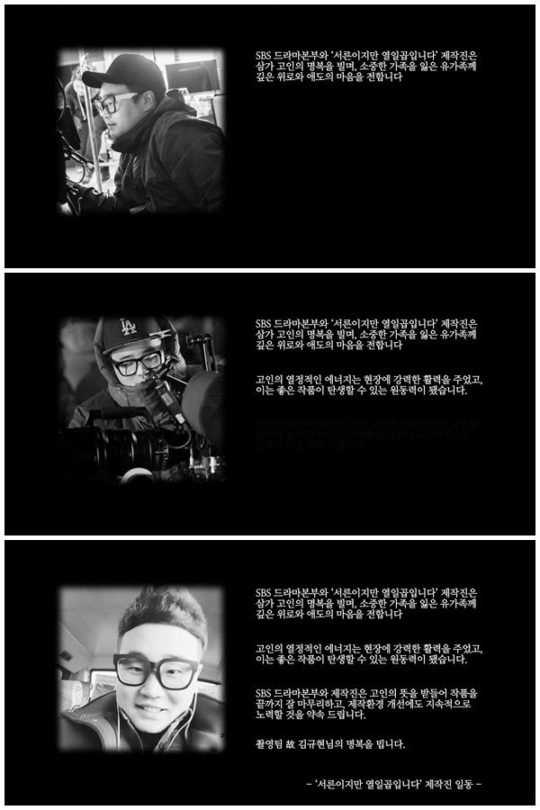