Park Min Young talked about how she reacted to favorable comments on her performance in “What’s Wrong with Secretary Kim.”

In a recent interview with Sports Today, Park Min Young said that she thinks it’s not a good idea for actors to let themselves be emotionally affected by either favorable reviews or criticisms of their performances. In addition, she said that her experience with “What’s Wrong with Secretary Kim” made her realize the importance of not getting cold feet despite an initial negative response.

“I was aware that the reaction to my casting at the start wasn’t good,” she said. “It became my overall goal to make it so that while at first there may be resistance, I’d do well so that in the end I’d receive applause. I think I felt a sense of purpose as an actor, and I strongly felt that I needed to keep trying. Although I didn’t sleep much while doing this drama, it was so much fun. I really enjoyed acting. The staff also said to me, ‘You seem so excited that people watching you are having a good time too.'” 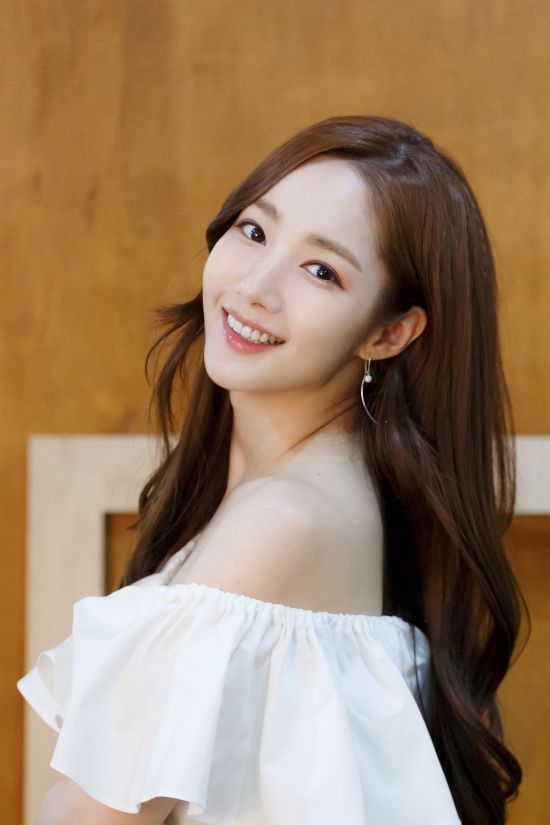 Park Min Young shared how she felt once the reviews and comments came in after the drama premiered.

“I saw the reaction after the first episode, and I smiled on my own under my covers,” she said. “But since I hadn’t heard favorable reviews during that time, I suddenly burst into tears. I felt so grateful that my efforts were being recognized. My next thought was ‘Since the drama has started off well, it needs to end well too.'”

When asked about her plans for her next work, Park Min Young replied, “After doing a rom-com this time, I want to do a comedy. The atmosphere for a project that’s a comedy was really great. Since I’ve had a taste of the comedic genre, I want to do it some more.”

She continued, “However, it’s not good to repeat the same thing when acting, so I also want to try something new. There’s still a lot that I haven’t tried.”

Watch “What’s Wrong with Secretary Kim” from the first episode below!