A historical thriller film is set to captivate viewers this fall!

“Monstrum” tells the tale of a strange monster who plunges Joseon into fear during King Jungjong’s reign. A father and daughter risk their lives and desperately struggle to protect not just the king, but the entire nation.

The first poster for the movie shows a glimpse of the strange monster with its piercing gaze. In front of him, Kim Myung Min, Girl’s Day’s Hyeri, Choi Woo Sik, and Kim In Kwon look determined as the four people who are tasked to find the monster. Park Sung Woong, Park Hee Soon, and Lee Kyung Young will also be starring in the film. 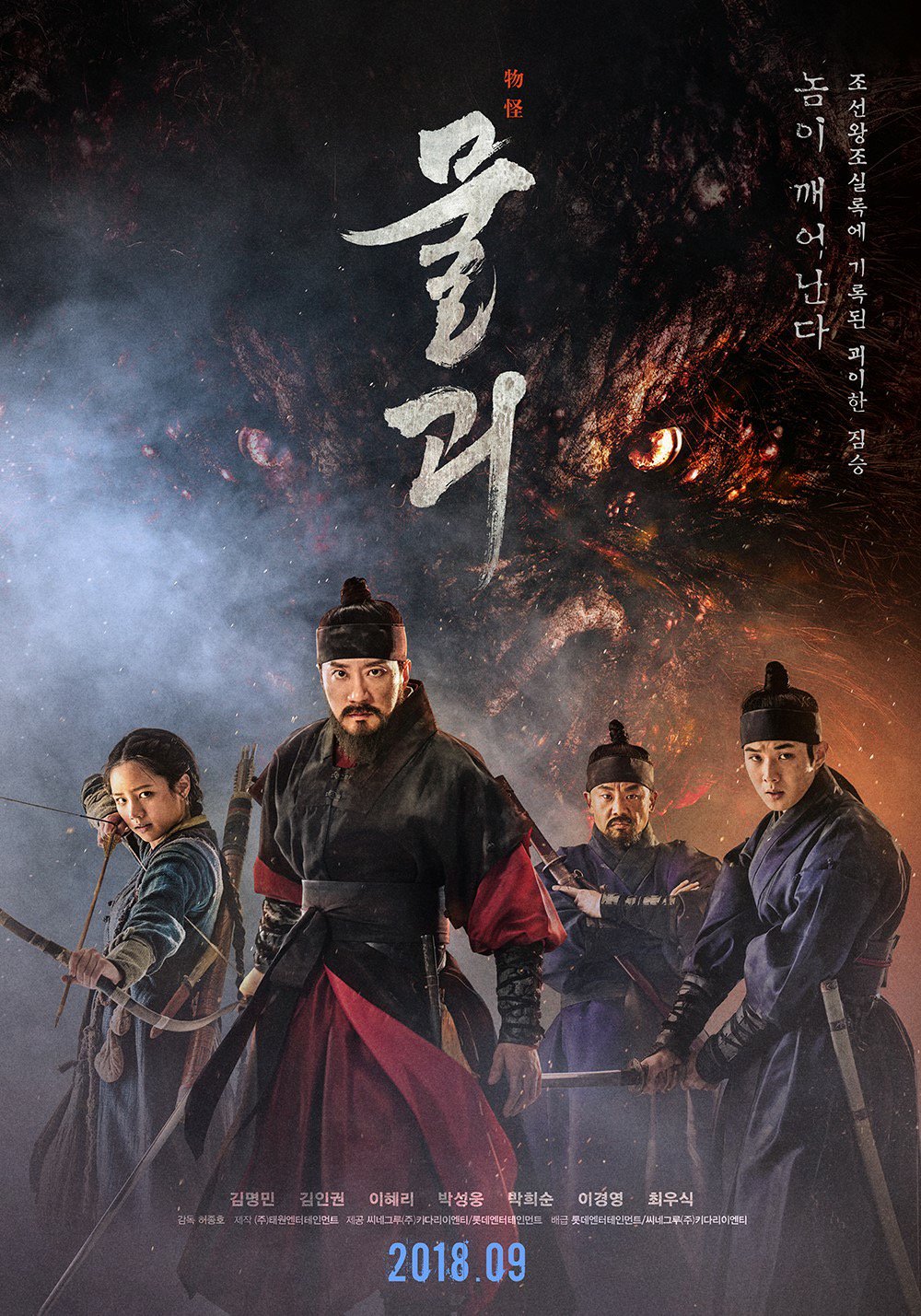 The first trailer for the film gives a closer look at not only the monster, but also the ensuing fear that takes ahold of the nation.

The clip begins with an announcement to the king that a mysterious, brutal beast has severely injuring someone. A search party led by Yoon Kyeom (Kim Myung Min) sets off to find the creature, but are shocked by the traces they find.

Despite their efforts, the monster manages to slip into the capital city. Frightened to death at its horrifying presence, the civilians try to run as the search party directly faces it. At the very end, the monster pounces on someone unseen.

“Monstrum” will be released in South Korean theaters on September 13.

Check out the first trailer below and share your thoughts!