Time traveling C-dramas are quite diverse and are one of the most enjoyable genres to watch! If you’re aching for some recommendations, look no further. Here are seven C-dramas with time traveling leads that you should check out! 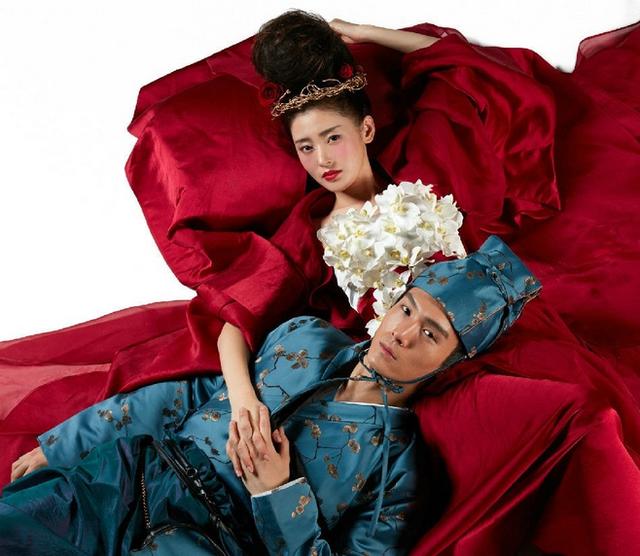 “Go Princess Go” is one of the most hilarious and enjoyable dramas to watch. It never takes itself seriously and works with its low production budget by making fun of itself. Zhang Tian Ai  plays Zhang Peng, a playboy who gets sent to the past as a woman! Zhang Peng attempts multiple times to return back to his world but quickly adapts when he finds out he can flirt with all the women and even Qi Sheng (Peter Sheng), the crown prince to whom he is married to. Peng Peng’s stay gets complicated when he finds himself falling for Qi Sheng. If you’re looking for a zany time traveling drama, this is the one for you, but be on the lookout for the alternate endings as well. This drama deals with bisexuality, and because of the nature of Peng Peng and Qi Sheng’s romance, there were some edits to their storyline, which means that there are multiple endings for fans to piece together. 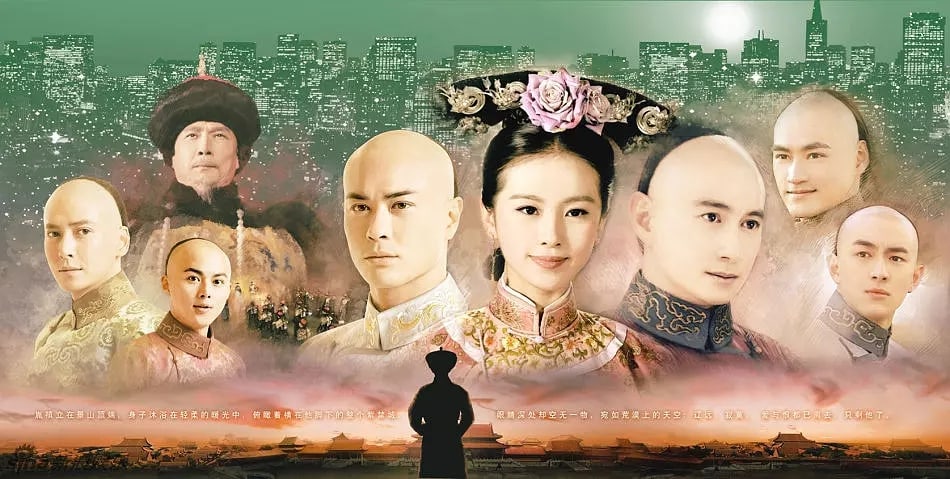 “Scarlet Heart” is one of the most heart-wrenching palace dramas and tells the tale of Zhang Xiao (Liu Shi Shi) who transports back to the Qing Dynasty as Maertai Ruo Xi. She gets embroiled in the affairs of the numerous princes as they vie for the throne, all while trying her best not to alter history. It’s hard not to fall in love with a drama that showcases the complexity of brotherhood and love through the careful choices of actions and beautiful dialogue. On top of that, the soundtrack heightens the bitterness and heartbreaking moments of the drama. For fans of angst, betrayal, and epic romances, this drama packs it all.

Catch episode 1 of “Scarlet Heart” below: 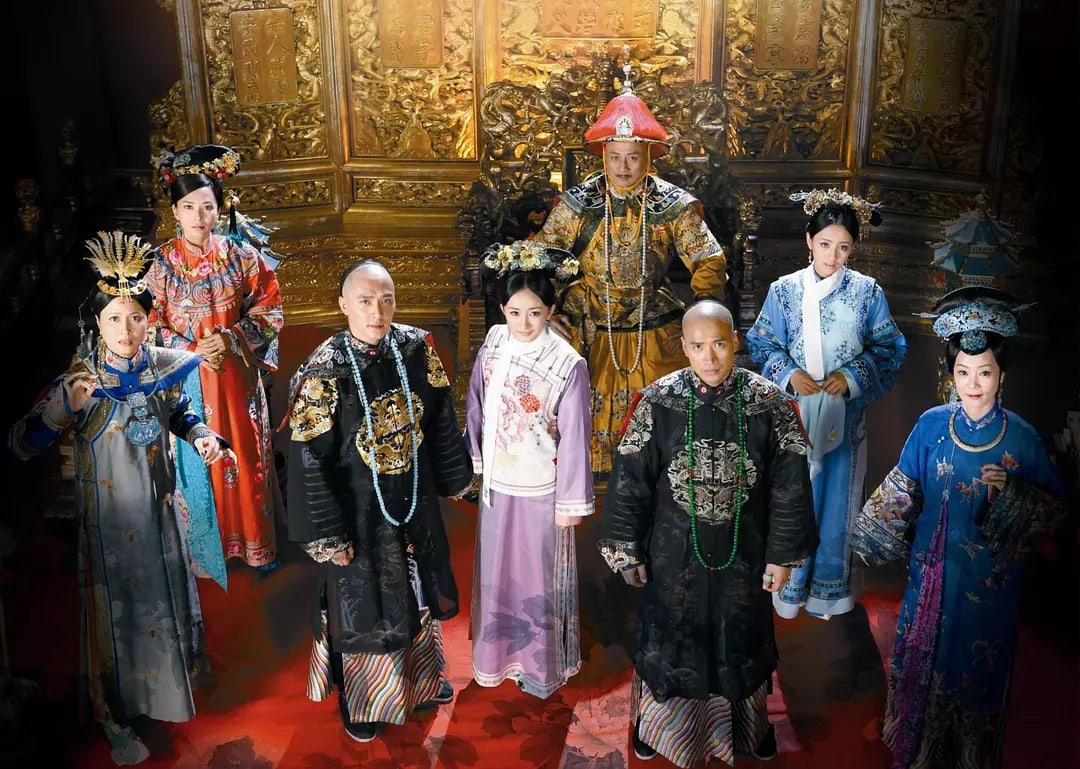 In “Palace,” Yang Mi travels as Luo Qingchuan to the Qing Dynasty, where she meets the 4th Prince and 8th Prince and falls in love with them. For viewers that have seen “Scarlet Heart,” this drama also has a very similar story as both leads end up in the Qing Dyansty and become torn in their love for the princes. This drama is not as dark as “Scarlet Heart,” so for fans who want to watch a palace drama that is not as bittersweet, this one fits the checklist! 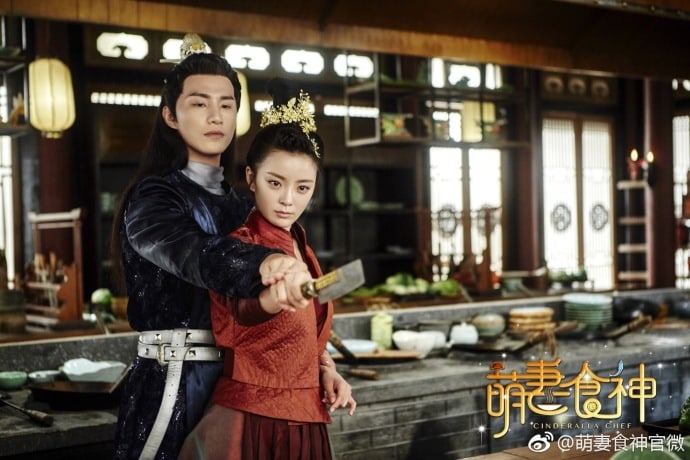 “Cinderella Chef” serves the perfect combination of food, romance, and humor! On the night of a red moon, Yao Yao (Zhong Dan Ni) transports to the past and ends up in a marriage with Chun Yu (Bie Thassapak Hsu), who has been sent to spy on a group of bandits. Yao Yao and Chun Yu initially butt heads, and while they end up being unable to be apart from each other, their eventual separation is doomed to happen. This drama is a good show for those that want to laugh every episode as Yao Yao adapts to the new environment and cooks up a storm with her innovative ideas and masterful skills as a chef. 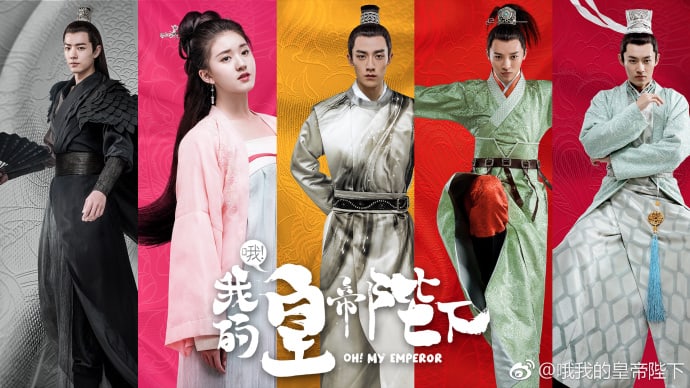 Oh! My Emperor stars Zhao Lu Si as Luo Fei Fei who transports to a fantasy world in which the ruler is rotated among those who are the owners of a constellation. For those that have seen “Cinderella Chef,” Zhao Lu Si is a familiar face; instead of playing a demure character like Yi Yi in that drama, Lu Si takes on a completely different role in “Oh! My Emperor” as a comedic lead. For those that love fantasy historical dramas with a comedic spin, “Oh! My Emperor” fits the bill. Do beware, though, of the second lead syndrome!

Love Weaves Through a Millennium 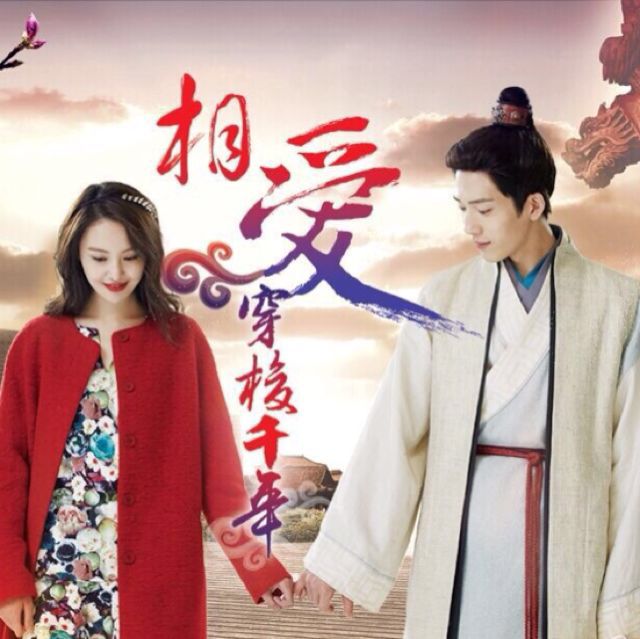 “Love Weaves Through a Millenium” also offers a different time traveling story. This time the time traveler is the male lead Gong Ming, a scholar from the past who ends up in the present and meets Lin Xiang Xiang, an actress. The chemistry between the leads is really cute, and having a male lead that travels back and forth from the past to the present is a refreshing idea for this genre. For viewers who want to watch an atypical narrative, give this one a go. 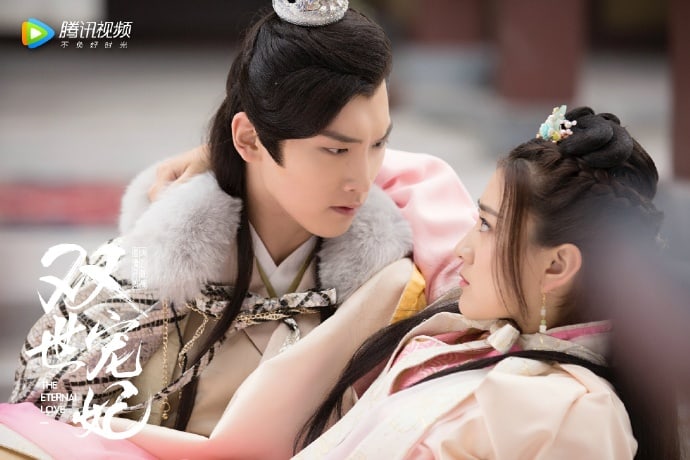 “The Eternal Love” stands out in terms of time traveling dramas. Instead of a lead that just transmigrates into the body of a person in the past, the two souls actually inhabit one body. Xiao Tan (Liang Jie) enters the body of Qu Tan Er, and they basically switch back and forth whenever one of them lies. Because there are two souls in one, it complicates the romance as the male lead Mo Lian Cheng falls for Xiao Tan’s outgoing and loud personality, which greatly contrasts that of Tan Er’s ladylike disposition. Those interested in a different interpretation and twist to the time traveling genre should give this one a try!

Catch episode 1 of “The Eternal Love”:

Soompiers, what is your favorite time traveling drama? Let us know in the comments below!