Chae Si Ra Shares Thoughts On Being Mentioned In “Reply 1988”

Chae Si Ra recently described her feelings on being referenced in tvN’s “Reply 1988.”

Chae Si Ra was a popular actress and icon in the 1980s, and was naturally included in the drama.

Past footage of Chae Si Ra briefly appeared in a scene when Deok Seon (played by Girls’ Day’s Hyeri) and No Eul (played by Choi Sung Won) were watching TV. As Chae Si Ra’s commercial played on the TV, Deok Seon asked her younger brother, “Am I pretty, or is Chae Si Ra pretty?”

No Eul responded, “Am I handsome, or is Tom Cruise handsome?” Deok Seon replied, “Personally, you,” but No Eul honestly answered, “For me, Chae Si Ra.”

On August 8, Chae Si Ra shared her thoughts about this scene during an interview. She said, “I didn’t watch all of the ‘Reply’ series, but I did see a few scenes. People send me screenshots of the scenes where I was mentioned, so I’m aware of them.”

She continued, “It was fun. I also thought that it was cool. I thought about how a generation of sharing those memories had passed. I felt proud, and that it was worthwhile that my story was included in one part of an episode that we can reminisce on.” 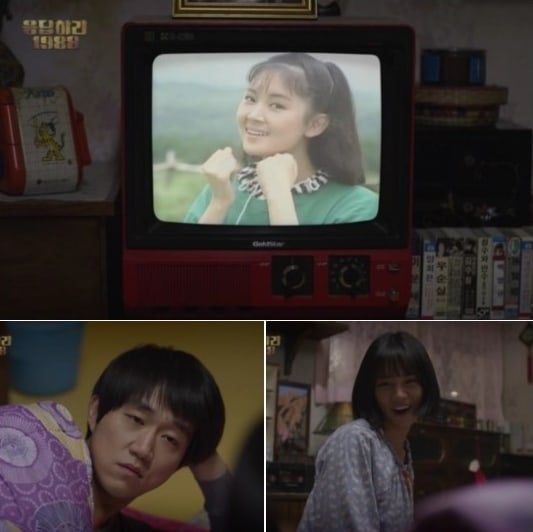 Check out the first episode of “Reply 1988” if you haven’t already.

Chae Si Ra recently appeared in the MBC drama “Goodbye to Goodbye,” which told the story of two women in their 50s and 20s who bonded after living together and faced realistic concerns about husbands, boyfriends, marriage, and pregnancy.

Watch the final episode of “Goodbye to Goodbye” below!

Reply 1988
Chae Si Ra
How does this article make you feel?