Soya Talks About “The Unit,” Being Known As Kim Jong Kook’s Niece, And His Love Line With Hong Jin Young

The singer was featured in a pictorial for BNT International and introduced her new single album “SOYA Color Project” in the accompanying interview.

Soya described her title track by saying, “It’s of the reggaeton trendy pop style genre and the lyrics are about a relationship between a man and woman. I attempted something new in this song. I worked with boy group B.I.G member Heedo and will show you a couple dance and rap.”

On her ability to change her image to different concepts, she commented with a laugh, “These may be dangerous words, but my bare face is like a blank canvas. My image completely changes based on what is drawn on it. In my early 20s, I liked to dress up and had the fixed idea that I always needed to be feminine, but now I’m more daring.”

The singer once promoted as a “Mighty Girl” after featuring on Mighty Mouth’s tracks. Revealing that she wants to work with Crush, she said, “I think it’s a strength of mine that my tone matches well to a variety of voices.”

Soya also opened up about her appearance on KBS 2TV’s idol rebooting project “The Unit.” She stated, “To be honest, it was really difficult. I prepared to be a solo artist and didn’t have any basic dance skills. It was mentally difficult to live in a dorm and create choreography. I think it may have been a reckless challenge, but I learned a lot and grew through my time on the program.” 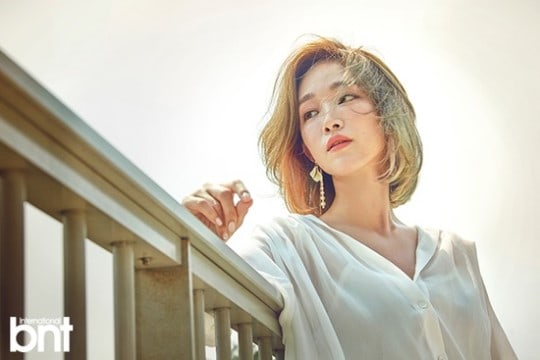 When asked if she was a perfectionist in real life, Soya answered, “That’s correct. It comes out a lot when I’m recording. I think that I’ll be more relaxed as I gain more experience in the future. If I try to change myself on purpose, then it may be more difficult, so I’m trying to have a relaxed mind.”

She also talked about her two-year hiatus. “When I realized that I had forgotten about my motivations, I felt really hopeless,” said Soya. “I was disappointed in myself and tried to give up on everything. Since I had a hiatus, it feels like a dream that I’m releasing a solo album.” 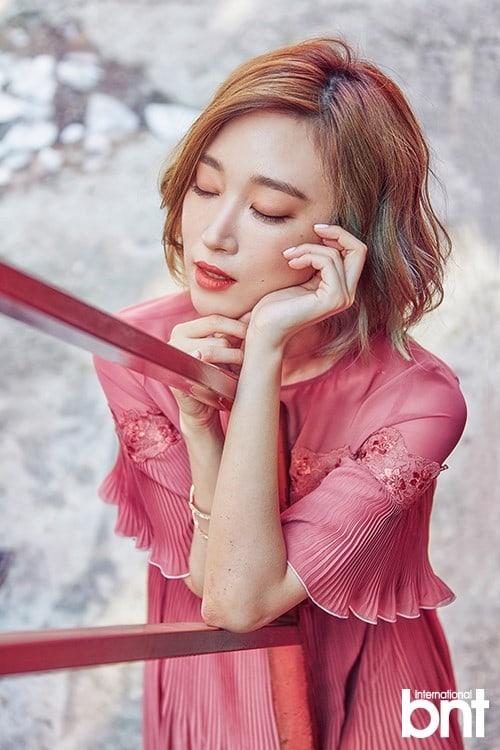 Soya is the niece of singer and TV personality Kim Jong Kook. On being described as “Kim Jong Kook’s niece,” Soya commented, “I did go through a difficult time due to comments that said I was using my uncle, but I think that the description will naturally disappear after I work hard to get loved by many people. The only solution to everything is that I work hard.”

She added, “My uncle doesn’t invest a lot in himself, but he’s very generous to others and is loyal. I want to tell people that he’s not frugal.”

Describing her family’s reactions to Kim Jong Kook’s love line with Hong Jin Young, Soya said, “People around me ask if they’re really dating, but I don’t really know that much. My uncle is very manly and not expressive, so I personally think that he’ll match well with someone who’s bright and affectionate.”

On her own ideal type, she continued, “I like someone who makes me feel comfortable, where my true self can come out when we’re together. It’s been three years since I’ve been single and I have a wall up towards men.” She added that she dreams of moving out of her parents’ home and hopes to appear on MBC’s “I Live Alone.”

“I’m confident in the new tracks released up until ‘Y-shirt,'” said Soya. “I want to gain the title of ‘Chart Queen’ by being successful on music charts.”