WJSN’s Chinese agency Yuehua Entertainment released an official statement on August 9 announcing that the two members had officially left the project group. Rocket Girls is the final group formed through the Chinese version of “Produce 101,” and originally consisted of 11 members who were selected through a voting process. Mei Qi and Xuan Yi joined the group after coming in first and second place respectively on the show.

Yuehua Entertainment took to their official Weibo account to post their official statement, which they co-wrote with Mavericks Entertainment, another agency that also announced they will be withdrawing their artist Winnie (Zhang Zining) from the group. Yuehua stated, “We believe the unreasonable and unmanageable schedule arrangement will cause mental stress and physical harm to our artists, and has also made it impossible for us to ensure that our artists are able to take sufficient breaks.” 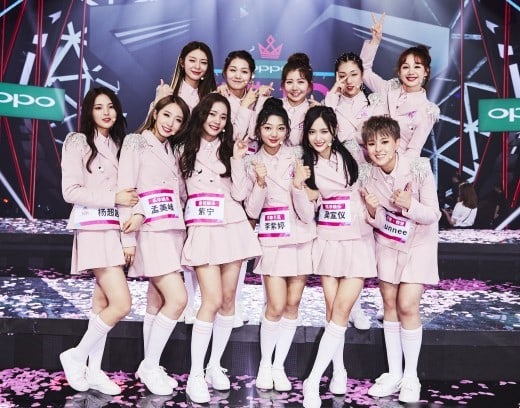 Conflicts between Tencent, which is in charge of the Chinese program and the final project group, and WJSN’s agencies Starship Entertainment and Yuehua Entertainment had been previously reported on. The former had claimed that Mei Qi and Xuan Yi will only be promoting as Rocket Girls for the next two years, while the latter claimed their contract would allow the two members to be active in both Rocket Girls and WJSN.

Touching upon the conflicts, Yuehua explained that they had been in constant negotiations with Tencent regarding the matter. However, things did not work out as they stated, “We requested that Mei Qi and Xuan Yi be able to promote simultaneously as Rocket Girls and WJSN, but our request was denied.” The agency stated that such a stipulation had been agreed upon by Tencent before Rocket Girls was formed.

In their statement, Yuehua revealed that they had sent a letter to Tencent on August 7 notifying the end of their participation in the project. They emphasized that Mei Qi, Xuan Yi, and WJSN’s agencies will not take part in Rocket Girls’ activities, and the two members will instead focus on WJSN’s future comeback.

WJSN
Xuan Yi
Mei Qi
How does this article make you feel?