Seo In Guk, Jung So Min, VIXX’s Hongbin, And More Attend Script Reading For “The Smile Has Left Your Eyes” Remake

tvN’s upcoming drama “The Smile Has Left Your Eyes” has released photos from its first table read!

Based on the popular 2002 Japanese drama of the same name, “The Smile Has Left Your Eyes” will tell the story of Kim Moo Young (played by Seo In Guk), a dangerous, free-spirited man who is described as a monster. Jung So Min will star as Yoo Jin Gang, the warm-hearted woman who wants to become Kim Moo Young’s safe harbor, while Park Sung Woong will play the role of Detective Yoo Jin Gook, Yoo Jin Gang’s older brother.

Director Yoo Jae Won, who previously helmed the dramas “High School King,” “Oh My Ghost,” and “Tomorrow With You,” hyped up the cast and crew with a motivational pep talk at the beginning of the recent script reading. He kicked things off by confidently declaring, “I know all of the actors here to be skilled actors with lots of experience. The production staff is also the strongest [out there], consisting of people who are said to be the best in the industry.”

He went on, “I hope that the actors arrive on set feeling comfortable, without any pressure, and enjoy themselves during filming. I welcome all of you, and let’s have fun until the very end and wrap this drama up with a smile.”

The cast reportedly became passionately engrossed in the drama and their roles while reading through the exciting script. In particular, Seo In Guk impressed the rest of the cast and crew with his ability to play up the thrilling, suspenseful tone of the drama. He was also eager to ask the director questions about his character and the direction of his acting, revealing that he was already focused on finetuning his performance.

“The Smile Has Left Your Eyes” will begin airing in September on Wednesdays and Thursdays, following the end of tvN’s “Familiar Wife.” 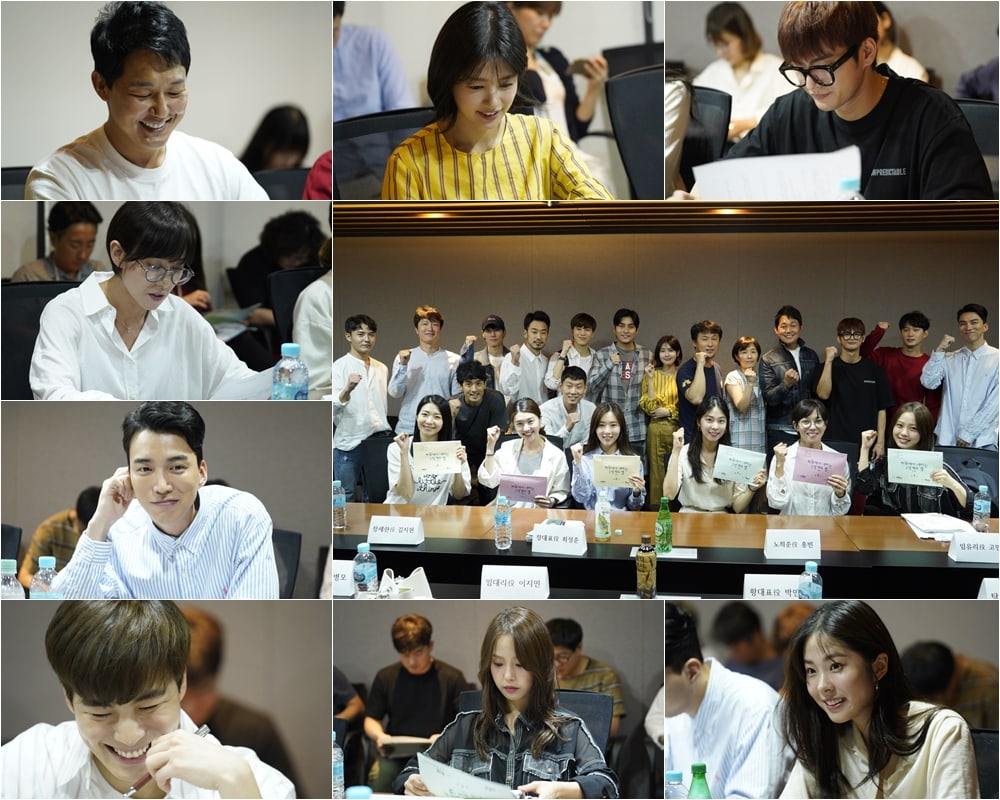 Are you looking forward to this new drama? Leave your thoughts below!

Jung So Min
Seo In Guk
VIXX
Do Sang Woo
Hongbin
Park Sung Woong
The Smile Has Left Your Eyes
Seo Eun Soo
Kwon Soo Hyun
How does this article make you feel?